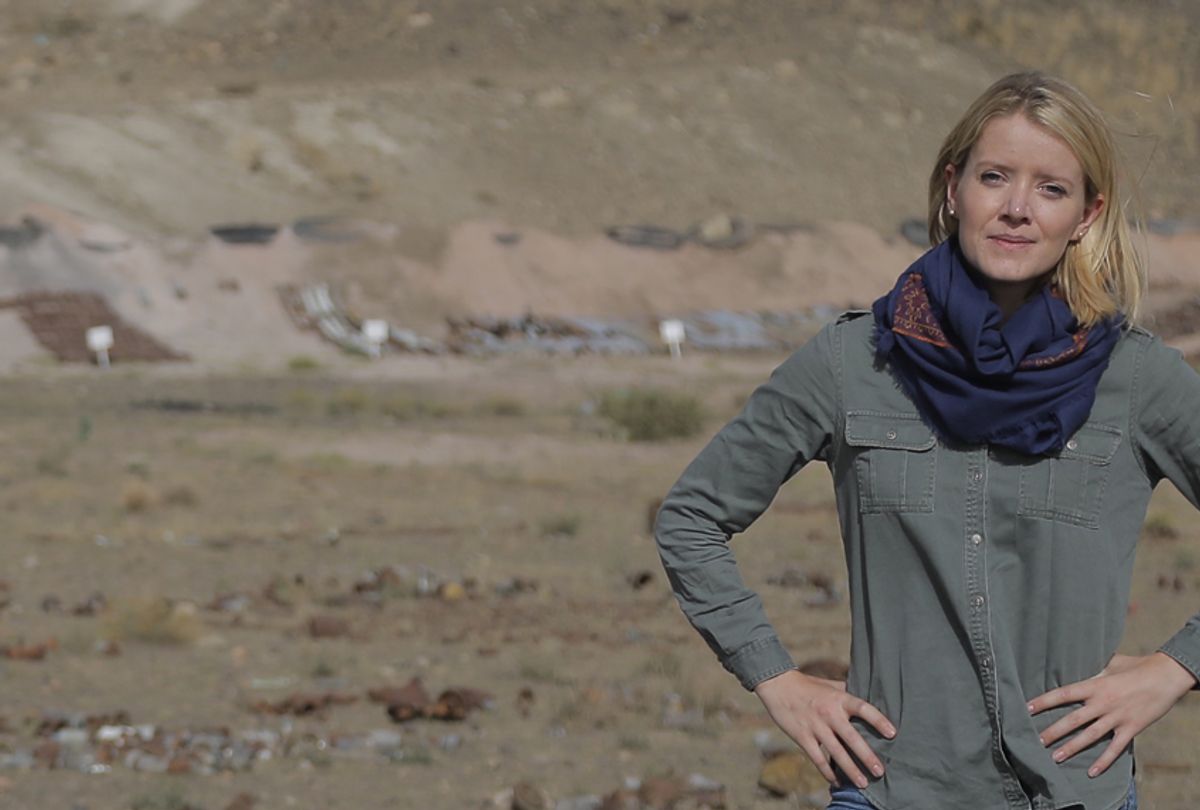 Famine and conflict often go hand in hand, and understandably: War tends to interrupt the oft-fragile supply chains that deliver foodstuffs to citizens. And while it is a gross violation of international law to intentionally starve civilians, it is often hard to prove that was the true intent of any military action. In the past few years, some unscrupulous military strategists — notably, Saudi-led coalition forces in the three-year Yemeni Civil War — seem to have come up with a gross new battlefield tactic: hunger as a weapon.

Jane Ferguson, a PBS correspondent based in Beirut, wrote a feature for the New Yorker last month on this horrifying phenomenon. In it, Ferguson documents her experience in Yemen; notably, she was present in the Houthi-controlled port city of Hodeidah when the Saudi-backed coalition forces closed in, largely cutting off the city from food shipments and trade. "Yemen typically imports more than eighty percent of its food," Ferguson wrote, "and no other port in the rebel-held parts of the country comes close to being able to handle the amount of cargo that Hodeidah can." Cutting off the port would starve the rebels, literally and figuratively, of trade revenue as well as food.

Ferguson spoke to Salon about her experiences covering conflict in the Middle East and Africa, and about the new kinds of "innovations" — if you can call them that — that she's seen performed by military groups in both Yemen and South Sudan. This interview has been edited and condensed for print.

Keith Spencer: Let's start from the beginning. You've been covering the Middle East and African politics for years. How did you end up based in Beirut and working as a journalist there?

Jane Ferguson: I've always known I wanted to [be a journalist]. I grew up watching the BBC, so I had an awareness of international news. I grew up in a small farming community in Ireland. In Ireland there is a really pronounced awareness of the world and an interest in it, too. My parents, who aren't voracious international news readers, would still make us read the Sunday Times. So I was aware of the news and grew up watching the BBC. I suppose from around about the age of... 13, 14, I started getting really interested in the lives of journalists. It did seem like a great adventure.

In a selfish way, when [I] was younger, I wanted to do it because it seemed like this wonderful travel adventure, and you get to witness history happening, and play a really important role in global conversations and understanding.

I think also my getting into journalism has been kind of defined by having to surmount massive obstacles.  I graduated in 2007 from university — my college graduation year we entered the world's worst economic collapse since 1929. I always thought I would have a clear pathway: the post-graduation job, the company that you'd work your way up through. That path was largely closed to a whole generation of us when we came out. I became part of this wave of freelance journalists, and that has its own huge benefits as well as massive challenges.

My first job in journalism was — for just shy of two years in Dubai, I was at an English language newspaper. There were no jobs to be had in London. The industry was collapsing and every media organization was laying off people.

My year in university, some of us traveled abroad to find work and that helped. [Actually] my whole broadcasting career has been freelance. I first started [with] a contract with CNN covering international news from places like Yemen and Somalia and then I was working for Al Jazeera and now PBS. It's very common now.

PBS doesn't have any staff foreign correspondents. We're all perma-lancers. I'm their main person in the Middle East.

You moved to Beirut to get the freelance gigs?

Yes, and Beirut is very much a base. We don't cover a huge amount of news in Lebanon and you're right, there's a lot of journalists there. Its easy to live there, life is just a little bit easier there than…. the government is more media friendly than in a lot of countries in the Middle East right now.

I've been in the Middle East for over 10 years now.

When you were first in Yemen, what year would that have been?

It's sad to say that those 10 years have been terrible for Yemen. It has gone through these waves that have impacted everybody's lives there. Every single Yemeni is impacted by the rise of al Qaeda there and then the drone war there — then the Arab Spring happened and the Civil War ensued.

Essentially, what we've seen is a country that was very poor, but just trying to sort of get to its feet, starting to build the tourism industry. We used to see coach tours in [Yemen's capital] Sana'a sometimes. They were trying to diversify its agriculture. All of that has gone. People who are poor very quickly started to starve — I've seen that on my return trips, and I've been back many times for Al Jazeera and now for PBS twice, and it's… I'll see the hunger crisis peak and fall, peak and fall but this — what we're seeing now is like nothing I've ever seen before.

That reminds me of what you wrote about for the New Yorker about this idea of hunger as a weapon. How would you describe that idea?

Food has always been used as a weapon in war. It's highly illegal, we know that the Geneva Conventions in the Rome Statutes make it highly illegal to withhold food from civilian populations. What we're seeing more and more — and it's not just me, many journalists are seeing this whenever they're covering conflict — when you look closely, you're seeing manmade famines are making a comeback. That is a devastating fact. When we say manmade, I just think it's so important that we let viewers and the public know what that means. That means that wars are causing economies to collapse, often on purpose.

One side will want the economy to collapse for people living in a certain area they see as sympathetic to or aiding a rebel group or their enemy. If that economy collapses, people starve. I've seen it in the last 18 months from South Sudan to Yemen. It's also happening in northern Nigeria. These manmade famines are a result of war.

It's really important for people to understand the real impact of war. We see these devastating images out of Yemen, of children on school buses killed or a hospital gone… and those are awful and highly illegal war crimes, but millions more are at risk of dying of starvation. Tens of thousands are dying of starvation and the law doesn't reach far enough to make it clear who is culpable. It is about culpability and if there's no culpability, will militaries take seriously the impact of their actions on the population when it comes to economic collapse and starvation?

Interesting. Would you draw an analogy between that and something else you've covered, like sexual assault in South Sudan by both the rebel and the government soldiers? Is rape used as a weapon there? What is the sort of endemic root of that?

Yes, rape is used as a weapon of war in South Sudan. It's often as a side effect — or a result really — of the sectarian or tribal element of the war. Because the rape is targeting specific women — women who I spoke to and who would tell me that they knew they were being targeted because they were either viewed as — or indeed were — the wives of rebels, or because they were from a specific tribe. They are being targeted for that purpose, and they were being raped for that purpose. That is a really clear sign of rape being used as a weapon of war.

Whenever you're drawing parallels between raping used as a weapon of war and hunger, there is a linkage there, because effectively you're looking at military strategies or military thought patterns that are… now I can't reach into someone's head, but the evidence would appear to show a determined effort to demoralize a civilian population.

It's civilians that are being victimized.

If you're fighting an insurgency, and most wars these days are. We don't fight conventional wars anymore. Insurgencies rely on sympathetic populations and therefore keeping the population out of the line of fire is becoming increasingly difficult. When I say line of fire that's just a turn of phrase, it also includes withholding food, withholding any reasonable means to make any income, and rape.