Could Democrat Mark Begich really win Alaska? It's one of many Trump-friendly states where the GOP is struggling 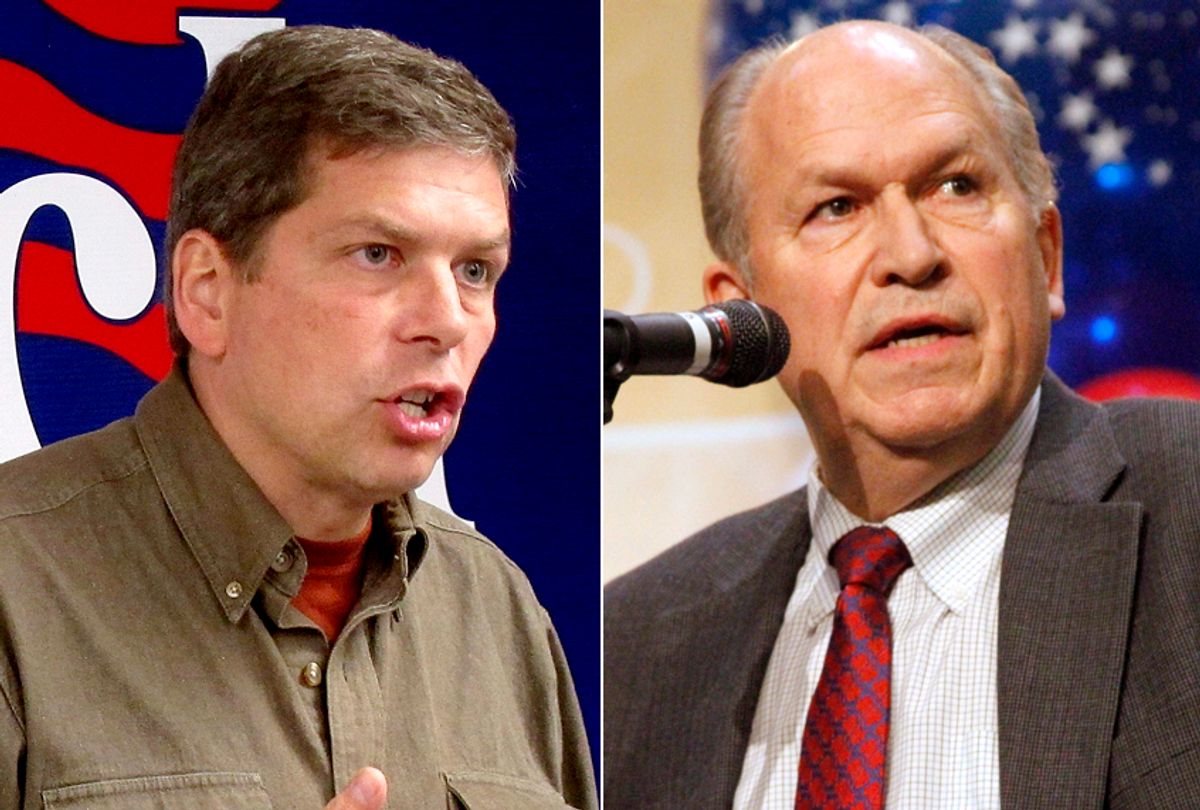 Gov. Bill Walker of Alaska, an independent, dropped out of the three-way gubernatorial election on Friday and threw his support to Democratic candidate Mark Begich over Republican candidate Mike Dunleavy.

Walker made his announcement as a complete surprise to the Alaska Federation of Natives convention, according to the Anchorage Daily News. In explaining his decision, Walker told the audience that "every decision I have made as your governor, I have made on the basis of what I believe is best for Alaska. With that said, effective today, I am suspending my campaign for re-election as governor."

The announcement was made three days after Walker's lieutenant governor, Byron Mallott, resigned from office and withdrew from his own re-election campaign due to unspecified "inappropriate comments" he made to a woman. It's not clear whether Mallott's resignation had anything to do with Walker's decision, but Dunleavy, a former state senator, has been a heavy favorite to win since the start of the general election campaign. With all three candidates in the race, polls have found that Dunleavy had a substantial lead of 15 to 20 points over Begich, a former U.S. senator.

Dunleavy remains ahead with Walker out of the race, but his margin over Begich has shrunk. Some polls have found that Dunleavy leads Begich by as little as three points, well within the margin of error, in a head-to-head race. So Walker's withdrawal makes rare Democratic victory in one of America's reddest states conceivable, although not necessarily likely.

The unexpectedly tight Alaska race has parallels in South Dakota, another sparsely populated red state. There, Democratic candidate Billie Sutton, the state senate minority leader, has turned a double digit deficit against Republican Rep. Kristi Noem into an unexpected slight lead. The fact that Sutton has an inspiring personal story -- he became a paraplegic after an accident at a rodeo in 2007 -- and is conservative on issues like gun control and abortion rights has given him an edge. Noem's campaign has been accused of not taking Sutton seriously, according to CNN. As Noem told the network, "He's the most talented candidate they have had in 30 years. I just don't think you can underestimate a good story. The story of his accident and his tenacity in that situation really resonates with the people of South Dakota."

Sutton acknowledged that his inspiring personal tale could be a major factor in his increasingly strong campaign. "It is a South Dakota story. It is about how we persevere in the face of challenges," Sutton told CNN.

Republicans have also lost ground in other heartland states. In Ohio, Democrat Richard Cordray, former director of the Consumer Financial Protection Bureau, is in a tight race against the Republican candidate, Ohio Attorney General Mike DeWine, according to Reuters. Similarly, Sen. Sherrod Brown, a progressive Democrat, is on track to beat a Trump-backed Republican opponen, Rep. Jim Renacci.

A similar situation is visible in Pennsylvania, where Democratic Gov. Tom Wolf and Sen. Bob Casey are both widely expected to win re-election over their Republican challengers, Scott Wagner and Rep. Lou Barletta. In Michigan, Democratic Sen. Debbie Stabenow has a comfortable lead over Republican John James, who was also supported by Trump, while Democrat Gretchen Whitmer, a former state senator, is ahead of Michigan Attorney General Bill Schuette in the race for governor.

Meanwhile, Wisconsin Gov. Scott Walker, a Republican widely admired among conservatives and once viewed as a likely presidential nominee, is struggling in his re-election campaign against Tony Evers, the state superintendent of public instruction, while Democratic Sen. Tammy Baldwin is expected to easily beat her Republican opponent, State Sen. Leah Vukmir.