“He’s getting harassed and heckled when he goes out in public to have dinner," McCain said about Mitch McConnell 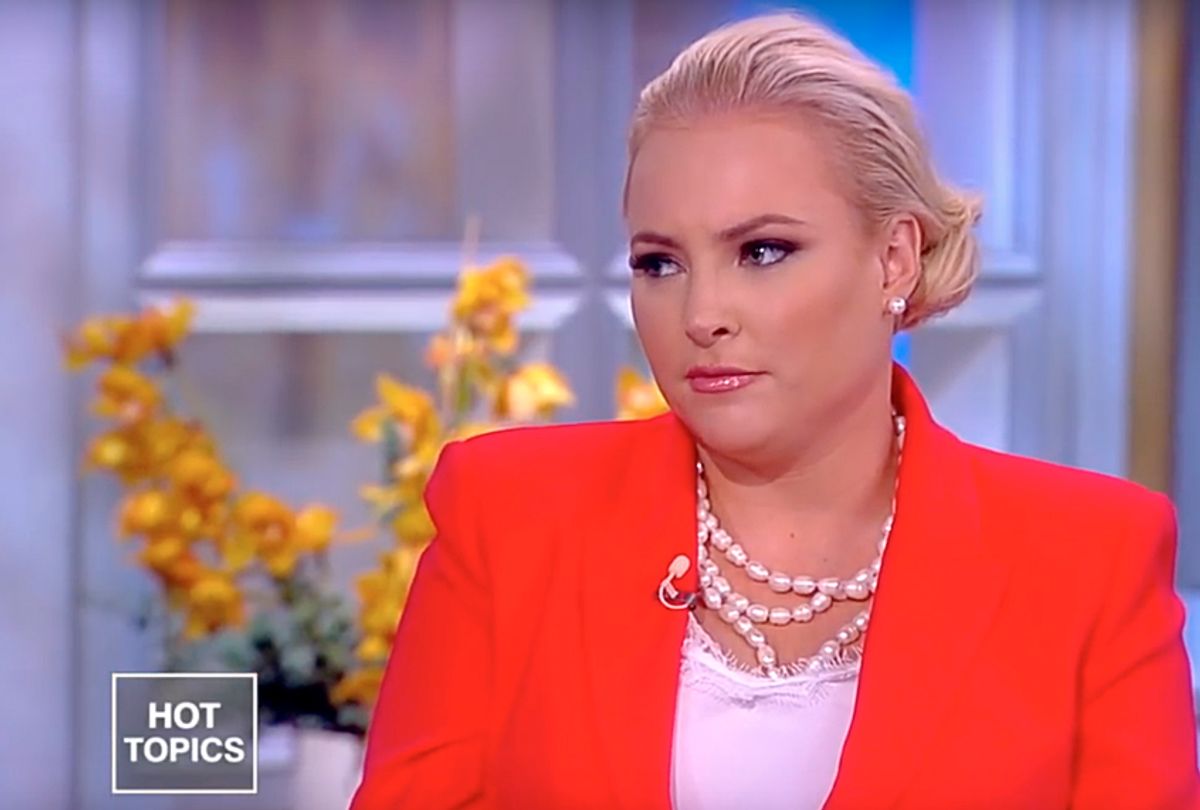 Federal authorities are investigating a string of suspicious packages sent to prominent Democrats and CNN, and “The View” co-host said those threats were similar to heckling faced by Republican lawmakers and Trump administration officials in public.

U.S. Secret Service agents intercepted possible explosive devices sent to former presidents Bill Clinton and Barack Obama after a similar package was detonated near the home of philanthropist George Soros, and another forced the evacuation of CNN’s headquarters in New York City.

“I’ve been texting with my former colleagues at CNN, and they’re scared,” said co-host Sunny Hostin. “One former colleague said, ‘This is what happens when the president calls you the enemy of the people.’ I thought, my gosh, you know, the tone is coming from the top.”

Co-host Abby Huntsman urged caution in assigning a political motive to the bombs, saying there wasn’t enough evidence to make any such claims — but Joy Behar said she’s seen enough.

Behar said the Republican Party needs to push back harder against Trump’s provocations before someone was killed or injured.

“Every time he says things like the press is the enemy of the people, his entire party needs to stand up against him and say something,” Behar said. “Mitch McConnell, where is he? He’s the leader of this party.”

McCain broke in to say the Senate majority leader was already facing similar threats as the Clintons and Obamas — and so are “The View” panelists.

“He’s getting harassed and heckled when he goes out in public to have dinner with his wife,” she said. “So are we.”