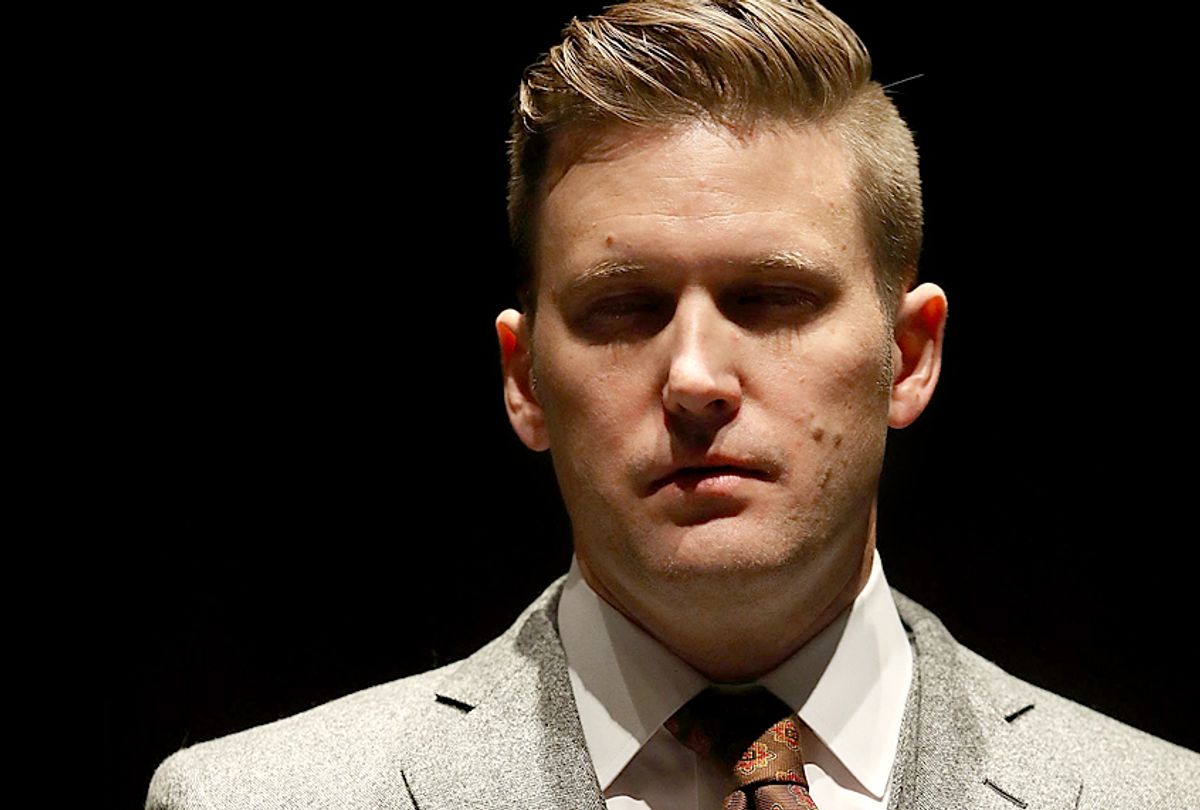 White nationalist Richard Spencer has been accused of physically, emotionally and verbally abusing his wife, Nina Koupriianova, over the course of their eight-year marriage, according to documents and exhibits filed in court as part of their divorce proceedings in Flathead County District Court in Montana.

The documents, which were obtained by BuzzFeed News, reveal that Koupriianova, who married Spencer in 2010, documented the abuse in the form of transcribed conversations, emails and photographs in an attempt to corroborate her claims. She also alleged that the abuse included incidents that occurred while she was pregnant.

"Incidents of physical abuse include being hit, being grabbed, being dragged around by her hair, being held down in a manner causing bruising, and being prevented from calling for help," Koupriianova alleged in a court brief. Her lawyers said she has been "reluctant to call police or seek an order of protection for fear of further reprisal" by Spencer. "Much of the abuse has occurred in the presence of the parties' children." Koupriianova also claimed that Spencer once bruised her jaw while she was pregnant.

According to Buzzfeed News, the documents also allege that Spencer was verbally abusive to their children's babysitter, including in front of their children. He reportedly called the babysitter a "fucking sub-mediocre human being" and a "fucking moron." The court documents claim both children had been negatively impacted by his behavior, the outlet reported.

Spencer denied all of Koupriianova's allegations in court filings, according to Buzzfeed News. In his 48-page affidavit, he reportedly wrote that Koupriianova "obviously and litigiously, tries to rope the children into our dispute by saying they were in the room next door or they overheard abusive talk."

Koupriianov and Spencer's lawyers attempted to seal the divorce filings on three different occasions, according to BuzzFeed, but a judge ultimately denied those motions, saying they hadn't provided a significant justification for keeping the filings out of the public eye.

According to court documents obtained by BuzzFeed, Spencer's "controversial public life" has led his "family to be targets of violence." The couple has reportedly been living apart since July 1, 2017.

Spencer, who has claimed credit for the term "alt-right," has emerged an icon for the crop of white supremacists who entered the public eye during the 2016 presidential campaign and then drew international attention after he participated in the deadly white nationalist march in Charlottesville in 2017, which was widely televised.

He is also facing a federal lawsuit, which accuses two dozen neo-Nazis and white nationalists of organizing the white nationalist riot rally in Charlottesville. In a court filing asking the judge to dismiss the lawsuit, Spencer wrote that he couldn't find a lawyer licensed in Virginia to represent him. He has also publicly asked for money to hire an attorney amid mounting legal and financial struggles, and has been booted from mainstream crowdfunding platforms.

Spencer has previously promoted his beliefs on the national stage by hosting speaking engagements at universities across the country and attending rallies. Those events more often than not end in violence, protests and arrests.