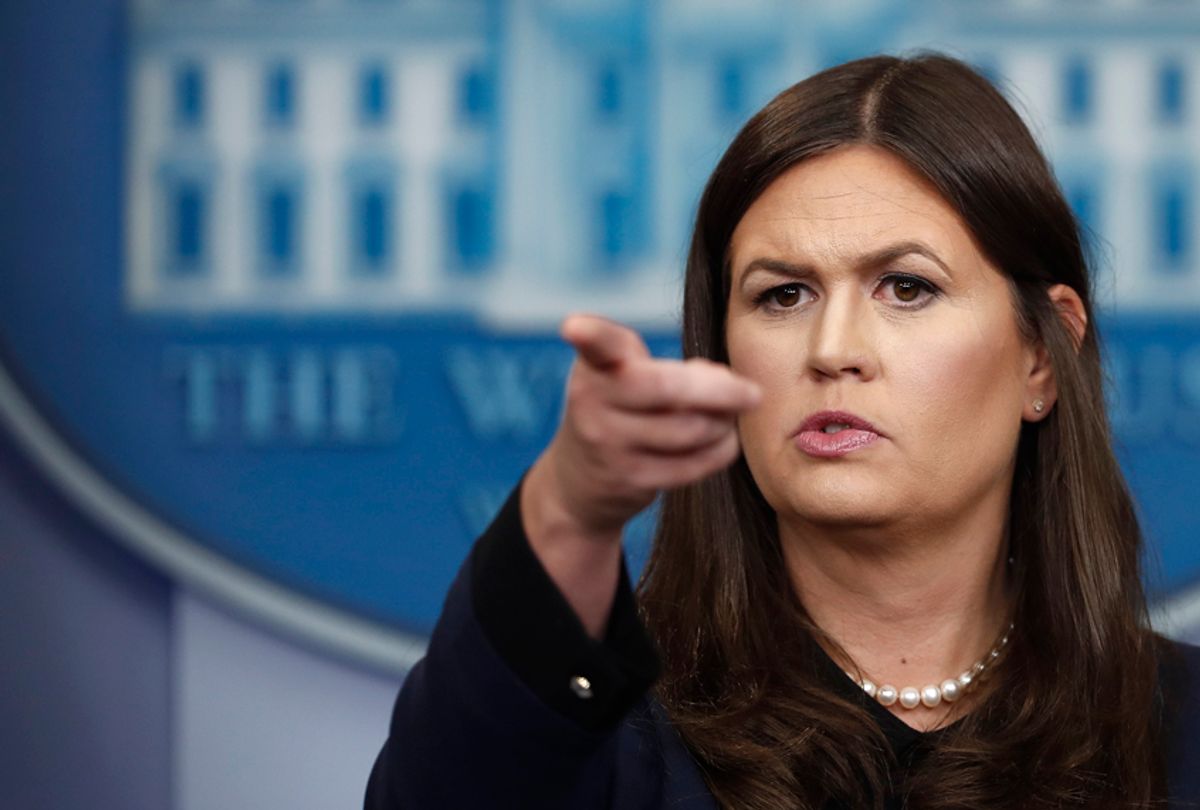 President Donald Trump's press secretary, Sarah Huckabee Sanders, appeared on "Fox & Friends" on Thursday morning to reassure viewers that the president is concerned about a recent series of bombing attempts and to insist that the president's inflamed rhetoric against his opponents is not responsible for any of it.

"We condemn violence in all forms, and this is a despicable act and certainly something that should never take place in America," Sanders told "Fox & Friends" on Thursday. She added that "certainly the media has a role to play in this process. When 90 percent of the coverage about this president is negative, despite the historic successes; when the ideas of perpetuated and continued of negativity that is not helpful for the American discourse, and certainly the president is calling on everyone to come together, and if you have a problem with one another let's voice that, but let's do so peacefully and let's do that at the ballot box."

Huckabee also insisted that there was no reason for the president to tone down his political rhetoric.

"There is a major political, philosophical difference between Democrats and Republicans and there’s nothing wrong with pointing those differences out," Sanders told "Fox & Friends." "There is something wrong with taking that to a point of violence. That we are looking at, that's taken place over the last 24 hours. The president has condemned that. All of us have. But certainly perfectly acceptable and frankly the president's responsibility to lay out the political differences between Democrats and Republicans as we head into a midterm election."

Sanders also got into a heated war of words with Jeff Zucker, the President of CNN.

"There is a total and complete lack of understanding at the White House about the seriousness of their continued attacks on the media. The President, and especially the White House Press Secretary, should understand their words matter. Thus far, they have shown no comprehension of that," Zucker said in a statement on Wednesday.

In response Sanders tweeted, "@realDonaldTrump asked Americans 'to come together and send one very clear, strong, unmistakable message that acts or threats of political violence of any kind have no place in the USA' Yet you chose to attack and divide. America should unite against all political violence."

On Wednesday, Trump himself said that one solution to the increasingly acrimonious tone in American politics is that Americans "must stop treating political opponents as being morally defective," according to CNN. He added, "The language of moral condemnation and destructive, routine — these are arguments and disagreements that have to stop."