Contests in Arizona and North Dakota could decide the Senate. Could the GOP engineer its way to an ugly win? 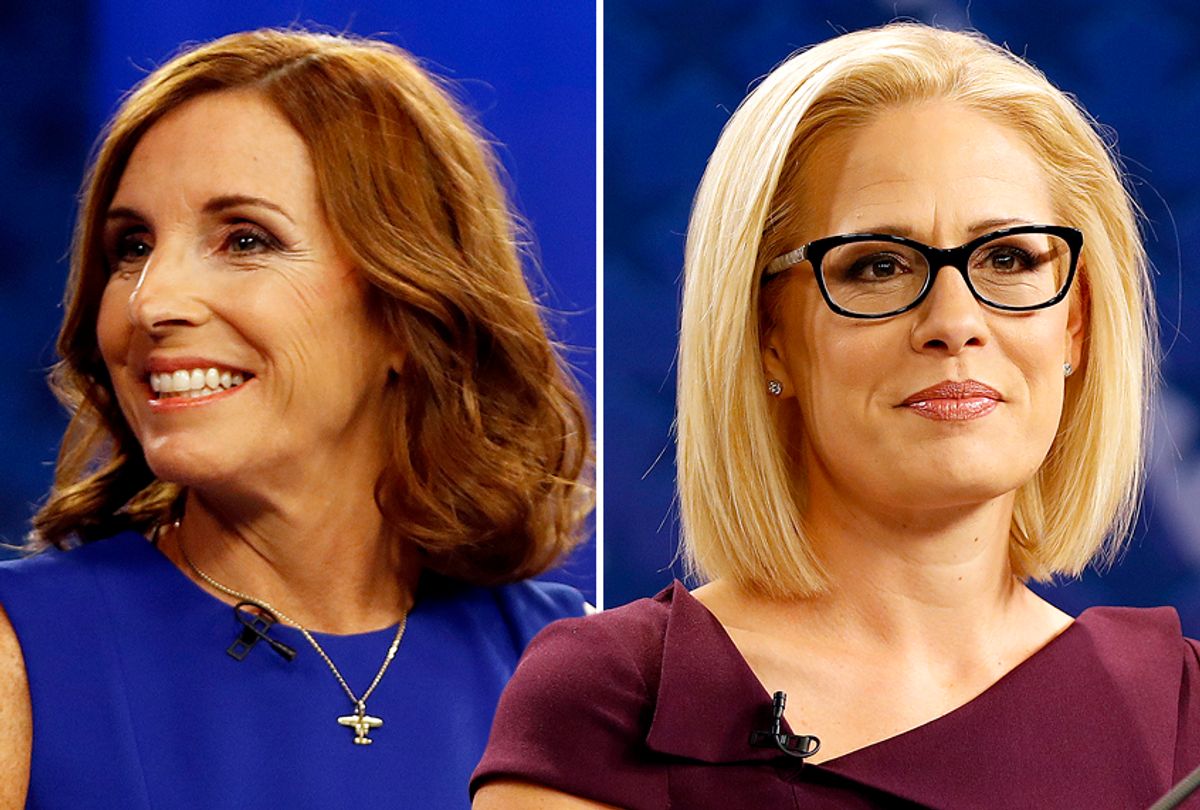 The American Civil Liberties Union has warned that Republican attempts to limit access for Democratic voters could have a significant impact on close U.S. Senate races in Arizona and North Dakota.

The ACLU's Dale Ho told reporters on a conference call Tuesday that Republican efforts to reduce voter turnout among Democratic-leaning voters will see the most “bang for their buck” in Arizona, because of an outdated voter database, and North Dakota, where a new voter ID law disenfranchises Native American voters, Bloomberg reported.

Ho warned that 300,000 Arizona voters may "show up on Election Day only to find out they can’t cast a ballot” because the voter database was not automatically updated with addresses voters gave the Department of Motor Vehicles when they moved.

The ACLU filed a federal lawsuit against Arizona over the database this month, accusing the state of violating the National Voter Registration Act. The lawsuit notes that up to half a million voters may be affected, citing the number of voters the secretary of state said need their addresses updated.

Matt Roberts, a top aide to Arizona Secretary of State Michele Reagan, told Bloomberg that “all the changes that the ACLU has requested are scheduled to be implemented next year. It hasn’t impacted many people so far.”

Arizona is home to one of the tightest Senate races of the cycle, with Democratic Rep. Kyrsten Sinema and Republican Rep. Martha McSally both leading in various polls released this month. Election forecaster FiveThirtyEight gives Sinema a 62 percent chance of winning.

Ho also warned that tens of thousands of Native Americans in North Dakota may not be able to vote because tribal IDs do not include traditional home addresses, which are required under a new voter ID law. More than 5 percent of the state's population is Native American. He added that even a small number of rejected ballots could make a “big difference” in a state that has less than 800,000 people.

Recent polling shows incumbent Democratic Sen. Heidi Heitkamp trailing Republican Kevin Cramer by double digits in the wake of her decision to vote against the confirmation of Supreme Court Justice Brett Kavanaugh. FiveThirtyEight, however, still rates the race as very close, giving Cramer an edge of four to five percentage points. Heitkamp won her 2012 race by fewer than 3,000 votes.

Arizona and North Dakota are only two of the states where rights groups worry that many voters, particularly minority and Democratic-leaning voters, will be disenfranchised by various Republican suppression attempts.

In Georgia, Secretary of State Brian Kemp has purged more than 300,000 voters from the state's rolls in the last two years, according to investigative journalist Greg Palast. That report followed an Associated Press investigation that found that Kemp had purged 53,000 voter registrations, mostly of African-Americans.

Under Kemp, Georgia has also shuttered 214 polling sites, roughly 8 percent of all the voting locations in the state. A study by the Leadership Conference Education Fund found that 868 polling sites have been closed in Alabama, Arizona, Louisiana, Texas, North Carolina and South Carolina since 2013, when the Supreme Court ruled to remove a section of the Voting Rights Act mandating that states with documented histories of racial discrimination must clear any voting process changes with the federal government.

Ho explained in an interview with The Daily Beast that voter suppression efforts by Republicans are about math. “The techniques of voter suppression change,” he said, “but the constant is a continuing push by elected officials whose power is threatened by demographic shifts in the voting populace to try to curate the electorate and boost their chances of retaining power.”