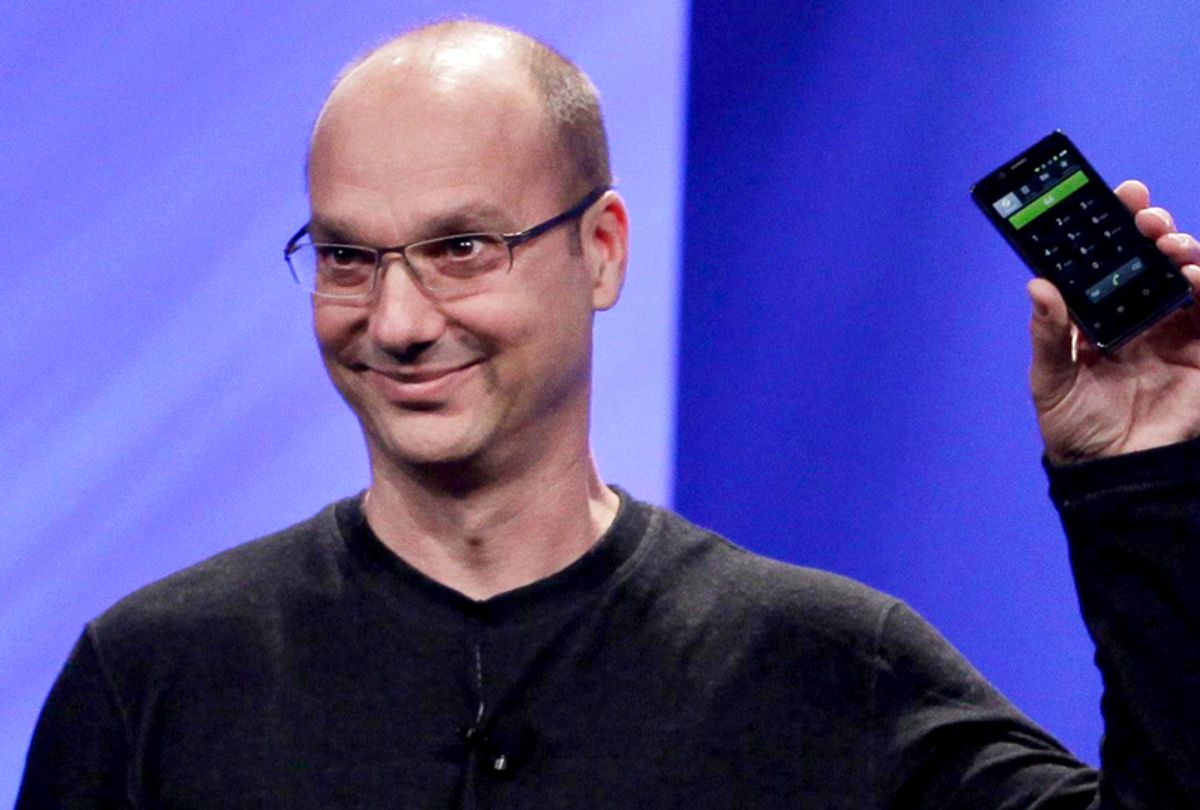 Until this week, headlines regarding sexual misconduct in Silicon Valley were confined to a few notoriously patriarchal companies, Uber and various venture capital firms among them. Now, thanks to a bombshell report by the New York Times, tech behemoth Google is facing its own #MeToo moment. The report claims Google gave Andy Rubin, the creator of the Android mobile operating system, a $90 million exit package — paid in installments of an estimated $2 million a month for four years — after being asked to resign after the company investigated a sexual assault claim and found it to be credible.

He is expected to receive his final payment next month, according to the Times, whose sources spoke under the condition that they not be named. The initial allegation came from a woman with whom Rubin was allegedly having an extramarital affair; she alleged that Rubin pressured her into performing oral sex in a hotel room in 2013 which prompted an internal investigation. The report explains:

Around that time, Mr. Rubin was casually seeing another woman he knew from Android, according to two company executives briefed on the relationship. The two had started dating in 2012 when he was still leading the division, these people said.

By 2013, she had cooled on him and wanted to break things off but worried it would affect her career, said the people. That March, she agreed to meet him at a hotel, where she said he pressured her into oral sex, they said. The incident ended the relationship.

The woman waited until 2014 before filing a complaint to Google’s human resources department and telling officials about the relationship, the people said. Google began an investigation.

In the end, the company reportedly gave him the astounding $90 million exit package.  To make matters more interesting, at the time, Google’s chief executive Larry Page publicly praised Rubin following his departure — despite allegedly being the one who demanded his resignation.

“I want to wish Andy all the best with what’s next,” Page said in a public statement. “With Android he created something truly remarkable — with a billion-plus happy users.” Regardless, Google allegedly invested in Rubin’s next venture.

In other words, despite losing his big tech job— and likely suffering a blow to his ego from the loss — Rubin left relatively quietly with a cozy 8-figures and a blessing from Page. A spokesperson for Rubin denied the claims and said Rubin left on his own terms. The report claims Rubin is not the only one to have such a positive experience after facing a sexual misconduct investigation. Rubin was allegedly one of three executives who were given millions of dollars upon their exit after being accused, according to the report.

What kind of message does it send when a well-known public company dishes out eight figures to an accused sexual assault perpetrator? That's no way to set a precedent on how to to handle sexual misconduct allegations in the workplace. One can only imagine how Rubin's victim(s) feel.

Since #MeToo, there has been a lot of talk about sexual misconduct and appropriate retribution. Surely it was satisfying for many to watch Judge Rosemarie Aquilina tell former doctor and sexual predator Larry Nassar: “I just signed your death warrant,” when she sentenced him to 40 to 175 years in prison; or watch serial predator Bill Cosby hear his prison sentence. The men of Google in this specific report might not have committed multiple rapes, but sexual misconduct of any kind is an abuse of power — and by providing them with such hefty exit packages, a company like Google is only perpetuating that abuse of power.

Indeed, this report matches the entitled attitude that makes Silicon Valley both seductive and dangerous. I have written before about how Silicon Valley treats its predators differently than other industries. For an industry that has made billions of dollars off of the noble idea of changing the world and paving the way of the future, it continues to not take sexual assault allegations seriously, but rather dismisses them with vast sums of money. Google’s alleged payouts only further validate that the industry will do anything to protect its billionaires and "geniuses" over women's self-respect and livelihoods.