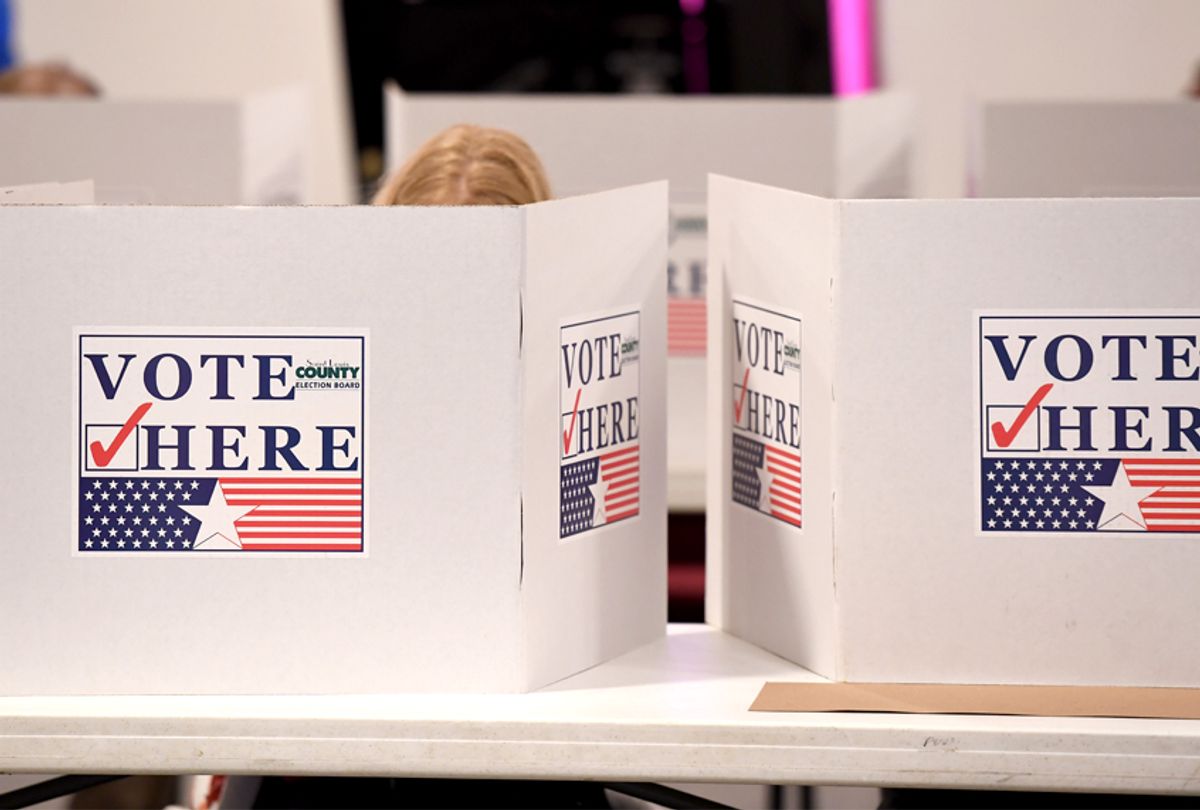 Democratic officials in Georgia say that thousands of absentee voter requests have gone “missing” in one of the state's most heavily Democratic counties.

The Georgia Democratic Party reports that more than 4,700 vote-by-mail applications went missing in DeKalb County, a Atlanta-area county where more than 54 percent of residents are black.

The New York Times reports that county officials confirmed the missing applications in a phone call with Democratic officials and vowed to notify affected voters of the error. But a spokesman for the county elections board would not confirm the call and Sam Tillman, the chairman of the board, insisted that the county had received just 50 requests of the 4,700 names the party said it submitted.

Georgia Democratic Party spokesman Seth Brigman rejected the denial and said the episode is another example of voter suppression, a charge that has been leveled repeatedly in the state against Secretary of State Brian Kemp and other officials. Kemp is running in a tight gubernatorial race against former state legislator Stacey Abrams, who would become the nation's first black female governor if elected.

“Our message to voters is this: If you requested a vote-by-mail ballot from your county and your county did not send you a ballot, go in-person if you are able to an early voting site,” Brigman told the Times. “We will not allow Brian Kemp’s voter suppression or mistakes by election officials to take away your right to vote.”

WSB-TV reports that Kemp's office is investigating the lost application allegations but said it has found no evidence of any missing ballot requests.

The new allegations come amid a spate of similar accusations of voter suppression leveled at the state and its county governments.

Kemp has been at the forefront of the allegations after his office blocked 53,000 voter applications – mostly from African-Americans – using the controversial “exact match” program that rejects applications for even the slightest errors. Kemp has also purged hundreds of thousands of voters from the rolls over the past two years.

An investigation found that Kemp wrongly removed hundreds of thousands of voters who had supposedly “left the state” or “moved from their congressional district.” Investigative journalist Greg Palast reports that many of these people have not moved anywhere.

Kemp's office has denied any wrongdoing and most recently blamed voter suppression allegations on “San Francisco socialists and liberal billionaires from New York.”

Kemp is facing multiple lawsuits regarding the voter purges, as well as complaints about other issues that voting rights groups have seized on.

He is also named in multiple lawsuits against Gwinnett County, which is accused of disproportionately rejecting minority voters' absentee ballots.

Earlier this week, the Georgia NAACP filed a complaint that votes for Abrams are being changed to votes for Kemp. The complaint was filed with Kemp's office.

Every single poll released in October shows the race within two points for either candidate, making it one of the tightest statewide races in the country this year.