Major Iowa newspaper decides not to endorse Steve King, says he "holds up this district to ridicule" 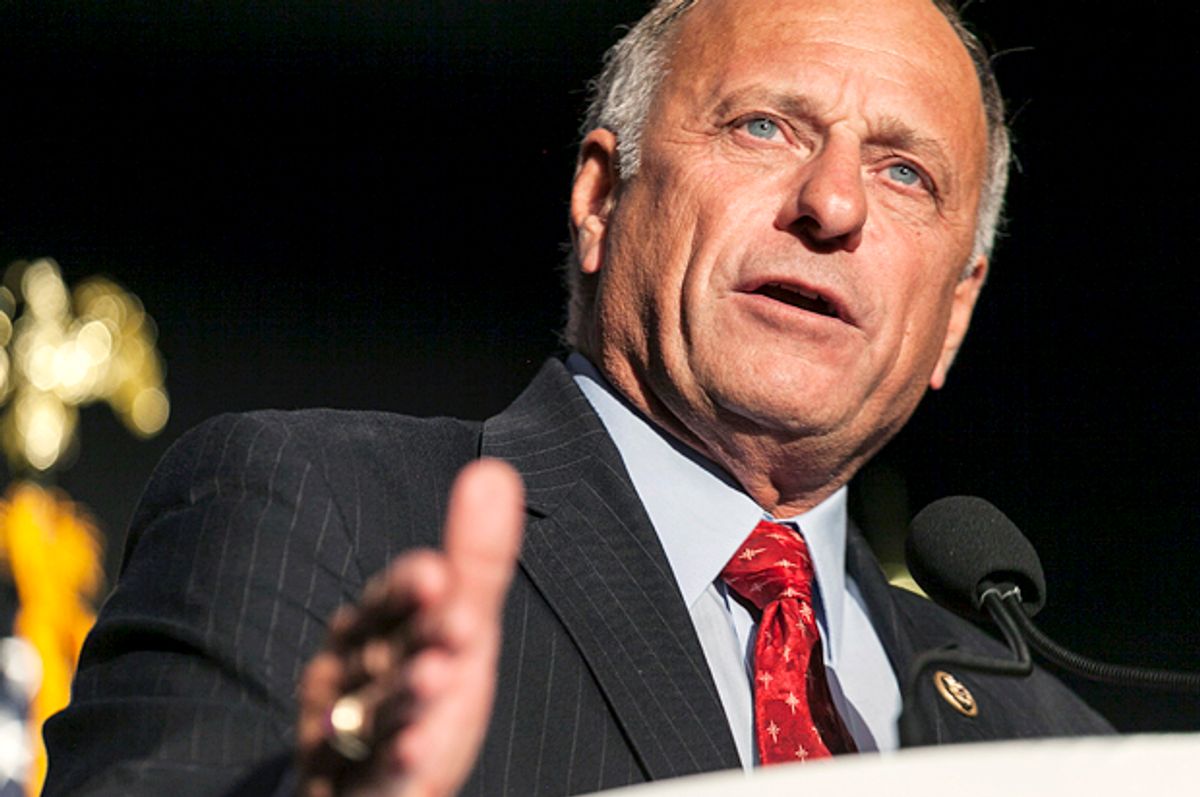 A major Iowa newspaper just broke from its own tradition and decided not to endorse Rep. Steve King, R-Iowa, in his bid for reelection as the congressman from Iowa's 4th district.

"Those were not easy words for us to write," explained the editorial board of the Sioux City Journal. "In prior endorsements of King, an eight-term representative, we laid out what we respect and admire about our congressman. He is an honest, principled family man who we acknowledge reflects in his votes the positions of many, if not most 4th District constituents."

The board that went on to identify many strengths in J. D. Scholten, King's Democratic opponent, including that he is "armed with a willingness to consider all sides of complex issues such as illegal immigration and work across the aisle to identify solutions to problems, Scholten offers appeal for not only Democrats, but independents and Republicans, as well, we believe."

It also identified a number of problems with King's candidacy, describing him as a man who "holds up this district to ridicule and marginalizes himself within the legislative body he serves, neither of which provides benefit to Iowans who live and work here." It cited as one example a "tweet in support of a candidate for mayor of Toronto described in published reports as a 'white nationalist' or 'white supremacist.' That wasn't the first time King was tied, by his words or actions, to such intolerant ugliness." The board also accused King of being unwilling to reach across the aisle on issues like immigration and of grandstanding instead of focusing on the needs of his constituents on issues like agriculture. It also lambasted King for hosting more town hall meetings or debates.

As the editorial itself noted, King is the odds-on favorite to win the 4th district seat. Polls from last month show him with anywhere from a six point to a ten point lead over Scholten, even though King's long history of making comments that seem to be sympathetic toward white nationalism and other racist points-of-view is widely known. He even displays a Confederate flag in his congressional office, a decision that cannot be attributed to supporting his state's history since Iowa fought on the side of the Union during the Civil War.

"I don’t agree with that, and I guess that’s his decision," then-Gov. Terry Branstad, a Republican, said in 2016. "People have a right to display whatever they want to. But I’m proud to say we’re on the side of the Union. And we won the war."

"King is the favorite and ahead in polls. If he wins re-election, we hope he considers the words we have written today," the Sioux City Journal editorial concluded. It also pointed out that if Scholten beats the odds and wins, "we hope he remembers this remains largely a conservative, Republican district and we urge him to take accordingly moderate positions on issues of the day."