And 5 reasons to try it, stat 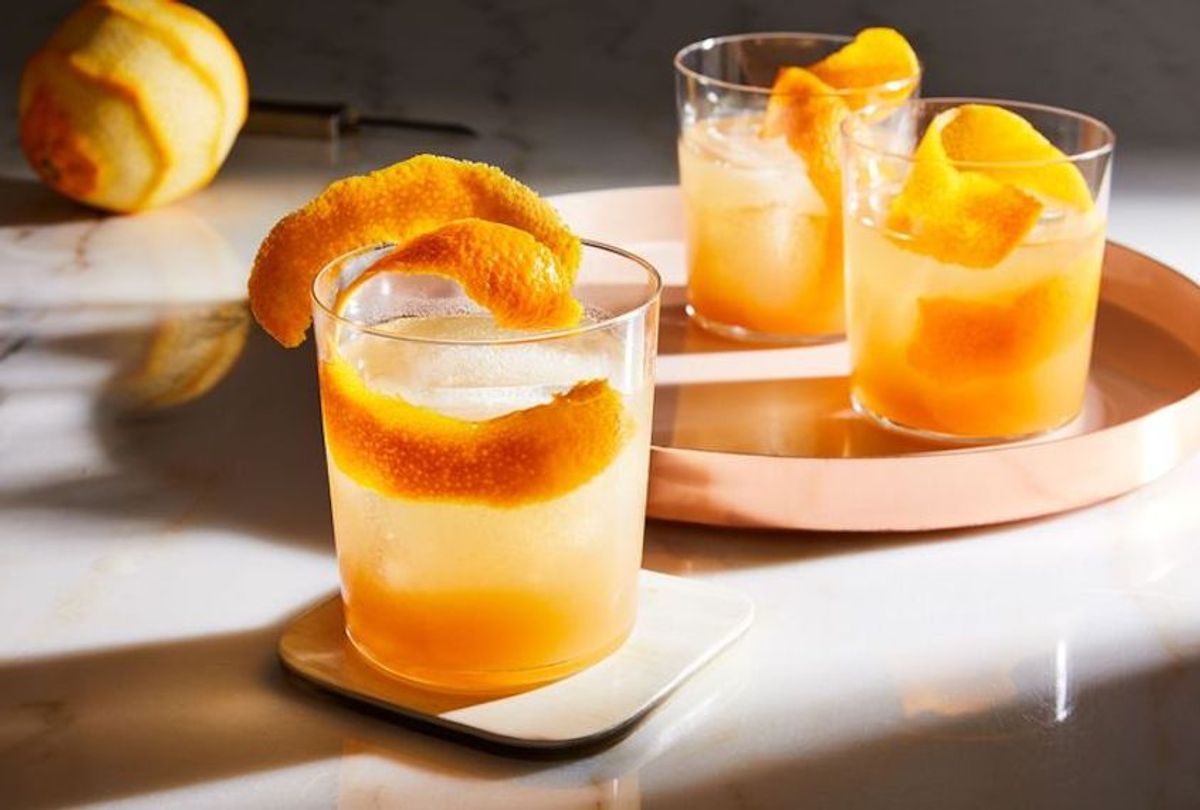 Every fall, if I’ve got a housewarming, dinner party, holiday shindig, or even a cozy Saturday evening alone on the couch, I already know what I’m bringing with me to sip or share: boiled cider and whiskey!

Nope, I’m not trying to say “mulled cider” a weird way. An old school New England thing, boiled cider is a bit different. When you make it, you’re still just pouring apple cider into a pot and turning on the heat. But instead of warming it up a touch with spices, the goal here is to actually reduce the cider. Like, by a lot—hours and hours worth, until you’ve got a sweet, tart, apple-y syrup you can keep in the fridge and pour on everything all season.

To me, it tastes like what apple cider wants to taste like, but rarely does when I’m buying it from a grocery store in New York City. (“City cider” tastes so bland to me that I’ll bring back multiple gallon jugs from the apple orchard near my parents' house in New Hampshire each fall and keep them in my freezer.)

Convinced enough to try it out for yourself? You can buy boiled cider pre-made, but then you’d miss out on my favorite part of the process: the lazy Sunday morning or cozy night in where you can putter around your house while the cider bubbles away on your stovetop. It might take a good chunk of your day (I let mine reduce for 3-4 hours) but I promise your kitchen will smell amazing.

The resulting liquid will be thicker, sweeter, and more acidic than what you started with, and I’d argue more useful, too. It’s great drizzled over pancakes, oatmeal, ice cream, or freshly fallen snow; dolloped into any baked good—like they used to do at the bakery I worked at in high school—from apple pie to cinnamon-spice muffins; or stirred into marinades and dressings of all sorts. But the best use is mixing the stuff into drinks, like my aforementioned go-to fall cocktail, which I've been tinkering with since I first encountered it at Saveur seven or so years ago. (But honestly, the ingredients are so simple it's hard to improve on this killer combo.)

Here’s the rundown. 1 ounce (chilled) boiled cider + 2 ounces rye whiskey. Combine over ice in a cocktail mixing glass (or any old glass!) and stir together until the whole thing is frigid. Strain into a rocks glass with one giant ice cube. Ta-da! You’re done. I like to add a strip of orange zest or a cinnamon stick because I think it looks pretty and a touch of bitterness or spice complements the other ingredients, but the drink is already totally balanced without it, thanks to all that natural acid in the cider syrup.

It’s the only thing I’ll go out of my way to drink (and make for others!) all fall, and into the winter, too. The reasons are many:

1. Because it’s damn delicious.
It’s right up there with my other favorite cold weather whiskey drink, the Manhattan, in warmth and bite (and if I’m being honest, sugar content) while being ever so slightly less dangerous.

2. It’s absurdly simple.
All you need are two ingredients, and you don’t even need to shake them up! The ratio is easy to remember, but if you mess up, I’m pretty sure whatever you end up with will be drinkable (and dare I say, delicious in its own way).

3. It’s batchable.
If I’ve got a party to go to or one I’m hosting myself, I’ll pre-mix and pour the drink into large swing-top bottles for gifting and/or easy serving. (While easy, mixing this cocktail for a crowd without pre-batching is a sticky, sticky affair.) To make the large-format version, just follow the same recipe, mentally replacing “ounces” with “parts” (you can use a cup measure or just eyeball, since the ratio is pretty forgiving) then keep it in the fridge until it’s time to imbibe.

4. It’s customizable.
The recipe that convinced me I love whiskey and boiled cider together called for bourbon, but these days I always use rye because I find bourbon a bit too sweet. If you’re a bourbon person, do your thing! Don’t like whiskey? Go with rum, brandy, cognac, tequila, or even vodka. You can also play around with the garnish to tweak the flavor profile: A lemon or lime wedge studded with cloves, hot toddy-style, wouldn’t be out of place; nor would a cocktail pick skewered with candied ginger. Sometimes when I’m really feeling the fall spirit, I’ll add a cinnamon stick...which you can use as a straw if you’re feeling cheeky.

5. Most people have never heard of it.
I’ve never seen this drink on a bar menu before, which is a crying shame. That probably means you get to be the one to introduce all your friends to the stuff, a favor they will surely thank you for.

Whiskey & Apple Cider Syrup (aka the Only Fall Cocktail You Need in Your Life)
Makes: 1 drink

For the boiled cider syrup: