Facing a tough re-election race on Nov. 6, McCaskill moves closer to the right 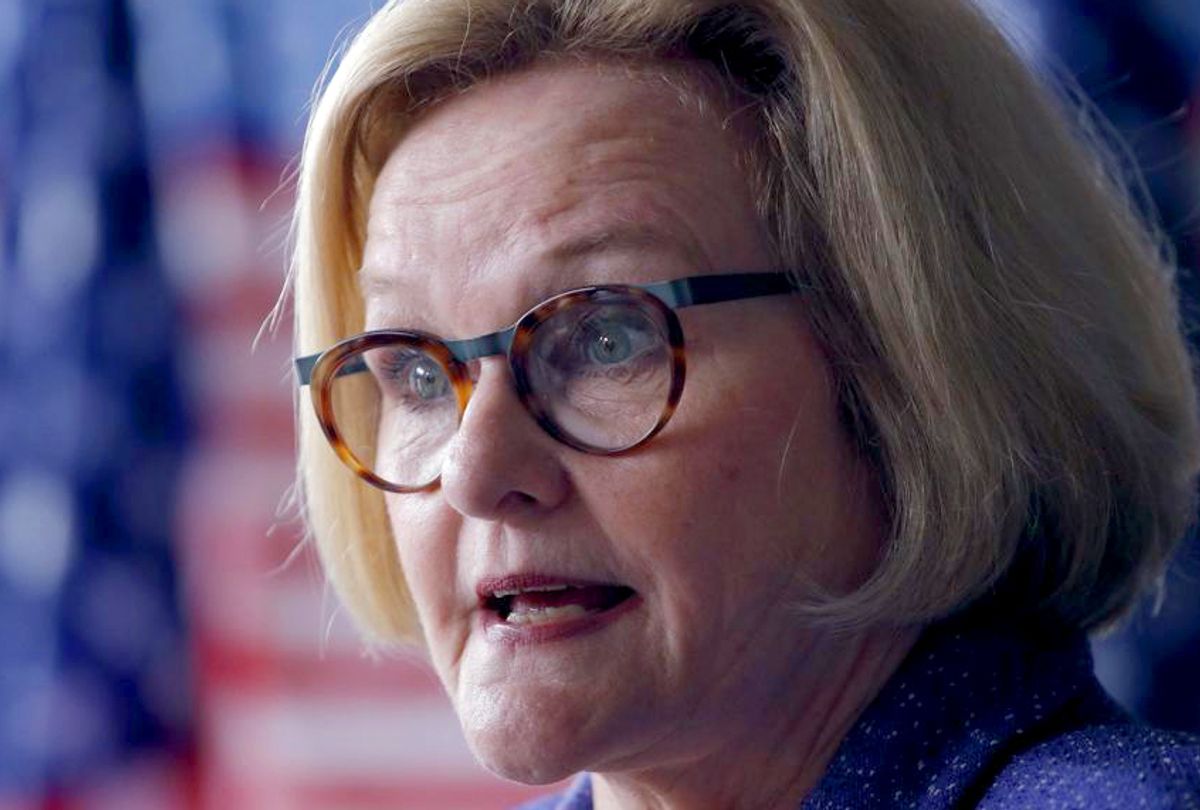 In an apparent appeal to Fox News viewers, Sen. Claire McCaskill (D-Mo.) made a broad appeal to conservative voters ahead of Nov. 6, when she faces a tough re-election race against Republican challenger Josh Hawley.

In a marked shift to the right, McCaskill sought to put distance between herself and the more progressive senators Bernie Sanders and Elizabeth Warren, while also moving to endorse President Donald Trump's actions to secure the U.S. border as a migrant caravan approaches.

While appearing on the conservative network favored by GOP voters, McCaskill also claimed that her vote to oppose the confirmation of new Associate Supreme Court Justice Brett Kavanaugh had "nothing to do with the allegations that were made against" him.

Real Clear Politics currently has Hawley leading by two percentage points in the latest polling average of next month's Missouri Senate election, as the race continues to be one of the tightest in the country. Given the fact that Trump won the state by almost 20 points in the 2016 presidential election, it could come to some as no surprise that McCaskill has served up campaign ads and talking points that portray her as a moderate Democrat willing to work across the aisle.

A new radio ad released last week features a man declaring, "Claire's not one of those crazy Democrats. She works right in the middle and finds compromise." Another man in the ad says, "Claire's not afraid to stand up against her own party."

When Fox News asked McCaskill about the much-publicized ad, she replied, "I am not somebody who thinks we should ever be uncivil." She went on to add that, while she would not describe her colleagues as "crazy," Sanders and Warren were two of the individuals with whom she disagrees. "I've done those kinds of things, which do separate me I think from some of the knee-jerk folks that are just against the president no matter what," McCaskill said.

The Democratic senator also pledged her full support for the president on immigration. "Stop them at the border," McCaskill told Fox News of the thousands of migrants fleeing violence. "I think the president has to use every tool he has at his disposal. And I — 100 percent — back him up on that, whether it is turning them back. Because we are not equipped to handle that many asylum claims into our system."

"And, by the way, that's one of the issues here," she continued. "When somebody comes across the border, and they ask us for asylum, the law says we need to hear him. But we're waiting way too long to hear it. We need to hear him right away. So, I do not want our borders overrun, and I support the president's efforts to make sure they're not."

The U.S. military announced Tuesday that it would deploy 5,200 additional soldiers to the U.S.-Mexico border after Trump dubbed the migrant caravan a "national emergency."

Seeking to clarify her vote against Kavanaugh on Monday, McCaskill added, "I think the vote against Kavanaugh was going to be tough, no matter what. My decision had nothing to do with the allegations that were made against Judge Kavanaugh, or Justice Kavanaugh now. My problem with him was his opinion that he wrote saying that he thinks foreign money should be allowed into ads that influence our elections and that there should be no limits on any contributions to campaigns."