Society says black men like me are scary. Meanwhile, the president helps make minorities a target for white rage 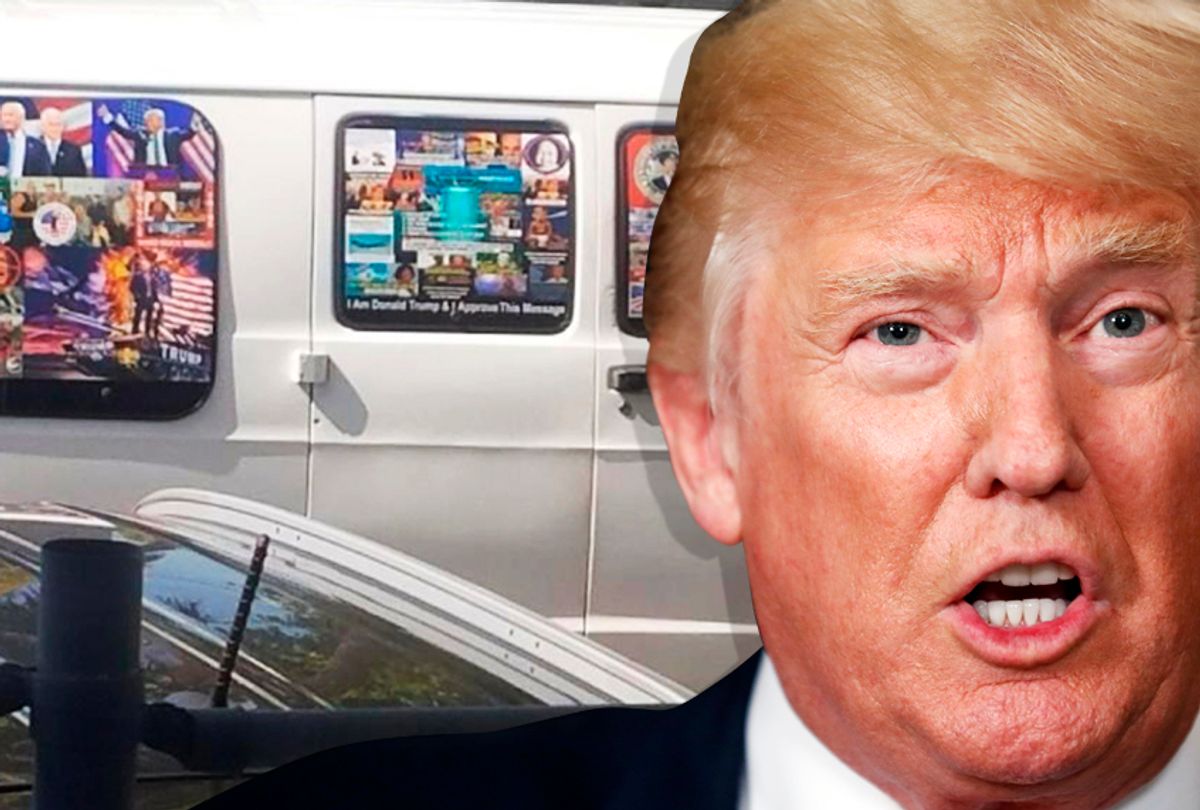 Donald Trump is spearheading a white male movement to take back America — even though white men still own America — and people are dying as a result.

Gregory A. Bush, a 51-year-old white man, has been arraigned for the murder of two African Americans, Maurice Stallard, 69, and Vickie Jones, 67, at a Louisville-area Kroger supermarket in Kentucky last Wednesday. Reports say he initially tried to enter a historic black church, First Baptist Church Jeffersontown, after midweek services had ended — discovered later through footage from the church's surveillance cameras — but found the doors locked. He went to the grocery store, where he reportedly told an armed bystander, "Don't shoot me, I won't shoot you. Whites don't kill whites."

And then to top off this dangerous week, Cesar Sayoc, the Florida man suspected of mailing bombs to two former presidents, several prominent Democrats and CNN, was apprehended.

People always say to ignore the extreme guys at Trump rallies because they're all talk, but then the same guy who was photographed holding a sign with a bullseye over Michael Moore’s face ends up arrested on suspicion of mailing bombs to public figures smeared by the president's hateful statements. Given his enthusiasm for Trump, Sayoc, whose father is Filipino, apparently identified more with the president's worldview than with minorities and people of color made vulnerable under a president obsessed with racial and ethnic heritage, and whiteness.

Donald Trump says Mexicans at the border — thieves and rapists, according to him — and Muslims, with whom he associates the word "terrorist," present a danger to America. Society at large says it’s black guys like me. And yet white men are the defendants in court facing charges for these hate-fueled mass shootings.

As a black man, I am made to feel like a suspect every time I walk into a store, every time a cop pulls me over while driving, and definitely when white women clutch their purses, tuck their phones to their bodies and hold their children tighter when I step into an elevator. My dry wit normally puts people at ease, and as such it's become my best coping mechanism. But imagine having to prove your innocence every day as a survival skill. Imagine having to prove your innocence every day when you are not even on trial.

People who look like me are constantly being profiled by authorities and civilians alike, and yet people who look like Robert Bowers and Gregory A. Bush are free to roam the streets, even when they are vocal on social media about bigotry and hate — and sometimes even broadcast plans of acting on that hate — and are registered gun owners.

We all know that gun problems do exist in black communities, I'm not debating that; however, those problems are directly connected to poverty. I’d never justify murder, but young black men are caught up in a web of poverty that stems from hundreds of years of unfair treatment and poor policy, which are problems that can be solved. Their white male counterparts, on the other hand, have benefited from those same systems at the highest level, and yet are shooting up grade schools, concerts, churches, movie theaters and college campuses.

What’s even more dangerous is how black men are demonized for as little as throwing on a hoodie, while these men, even after they are arrested, are largely protected by media practices that privilege certain narratives over others. Casting them as lone wolves, perhaps deprived of love, or suffering from mental illness, is an attempt to explain them as victims rather than perpetrators.

Mass shootings continue to be a problem in America — a Guardian article from earlier this year reported that our country has an estimated 256 million guns and we’ve had 1,624 mass shootings in 1870 days alone. While Sayoc didn't shoot anyone, he allegedly targeted politicians and media outlets that have criticized the president. An analysis of Sayoc’s Facebook account, both before and after Trump's election, reportedly shows a man who posted more violent content after announcing his support for Trump. According to the Miami Herald, Sayoc went from posting about bodybuilding and Miami sports teams to sharing dark messages about the Obamas, the Clintons, Rev. Al Sharpton, Eric Holder and anyone in opposition of Trump, whom he called “a stand in father." It's not a stretch to say he was radicalized by Trump's rhetoric.

The anger and fear that Trump stokes creates a climate where lashing out, as the president does when he is angered, is encouraged. One way Trump contributes to this climate of targeted rage is by scapegoating minorities, liberals, immigrants and non-white groups as the primary reason why his followers might not be enjoying the economic status they feel they deserve, and by demonizing his political opponents.

Today, the president took it a step further, energizing even more wannabe #MAGAbomber types with his threat to defy the Constitution and end birthright citizenship. He started with a false statement: "We're the only country in the world where a person comes in, has a baby, and the baby is essentially a citizen of the United States for 85 years with all of those benefits," Trump told Axios on HBO. This and other false statements by Trump fuel his dangerous movement.

Being broke as a black guy made me pretty angry. Not shoot-people-up angry, but pretty angry nonetheless. However, understanding history — how my ancestors were first enslaved, then robbed during Reconstruction, then denied social mobility opportunities of the New Deal that were extended to white families, followed by redlining, block busting, and the list goes on — I have clear a understanding of why black poverty exists, and the ability to recreate the timeline that leads up to my bank balance. What’s Sayoc's excuse? What kept him from making his own connections?

Being able to identify with the legacy of whiteness and not being able to join in maybe could make a person angry. But then Trump swoops in, absolving his angry followers of all personal responsibility like a rich dad would, allowing them to erase all of the bad decisions they've made and telling them that it’s not their fault — it’s the media, it's the minorities who did this to them, certainly not Trump's rich friends who have the means to create more better jobs in America but opt to increase their own profits instead. That's why men like Sayoc enjoy Trump's rallies so much. They offer hope, not unlike Obama's campaign rallies did for his followers in '08. But they also encourage accumulation of spite toward others, the ones Trump claims, in yet another false statement, are to blame for all of their woes.

Meanwhile, some of those angry white men who feel like they are losing the status they are owed are shopping at gun shows and practicing at the shooting range. If current trends hold, some of them are planning terrible crimes. We desperately need to start acknowledging this as the national threat that it is.