Democrats take the lead in Florida and Georgia governor's races 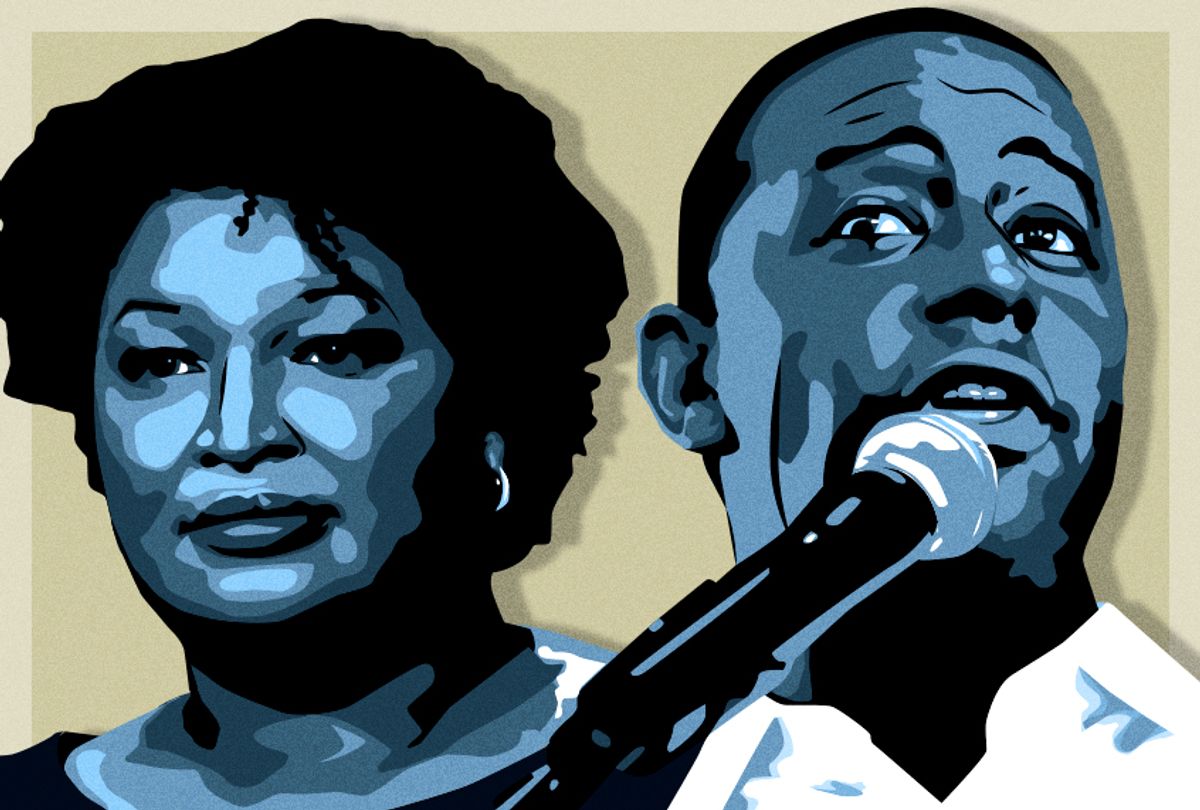 A pair of polls pertaining to the governors' races in Georgia and Florida has good news for Democrats hoping to pull off major political victories in the heart of the Deep South.

In Georgia, Democratic gubernatorial candidate Stacey Abrams is slightly ahead of Republican nominee Brian Kemp, according to a recent poll by FOX 5 Atlanta. Abrams, who served as the Minority Leader for the Georgia House of Representatives until last year, has 48.1 percent according to the new poll, while Georgia Secretary of State Kemp has 47.2 percent. This puts Abrams' lead well within the poll's margin of error (3.9 percent), but is still a positive sign for Abrams. The poll also showed Libertarian candidate Ted Metz with exactly 2 percent of the popular vote and 2.7 percent of the voters unsure about how they want to vote.

One factor which could influence the outcome of the Georgia election is the fact that there have been massive voter roll purges going on in the state, with the integrity of the election system being overseen by Kemp himself.

"Brian Kemp, Georgia’s secretary of state, purged 550,702 Georgians from the voter rolls in 2016 and 2017 — that is, canceled their registrations," journalist Greg Palast told Salon earlier this month. "I’m not guessing. After much resistance, Kemp turned over the names and addresses of each one of these purged voters in response to a threat of a federal lawsuit (which I filed in federal court in Atlanta and served on Kemp Friday)."

He added, "Of these, we are certain that 340,134 were wrongly removed, with no notice that they were purged. I want to thank Salon for your report, which went viral, letting Georgians know my foundation had listed all the names of the purged at GregPalast.com. Unfortunately, there were only a couple of days left to re-register, but it appears that thousands did so."

Meanwhile, a Suffolk University/USA TODAY Network poll found that the races for United States Senate and governor in Florida are also very tight. In the race between the incumbent senator, Democrat Bill Nelson, and his Republican challenger, Gov. Rick Scott, the survey found that Nelson has 45 percent of the likely midterm voters while Scott has only 43 percent. With 10 percent undecided, 2 percent refusing to respond and a margin of error of 4.4 percent, this means that each party will have to deliver on its turn out the vote operations on Election Day in order to win.

The same could be said of the race for Florida's governorship, with Democratic nominee Andrew Gillum ahead of Republican candidate Ron DeSantis by 45 percent to 44 percent. As Suffolk University explained in its analysis: