Samantha Bee: "The Republican Party tolerates anti-Semitism, and benefits from it" 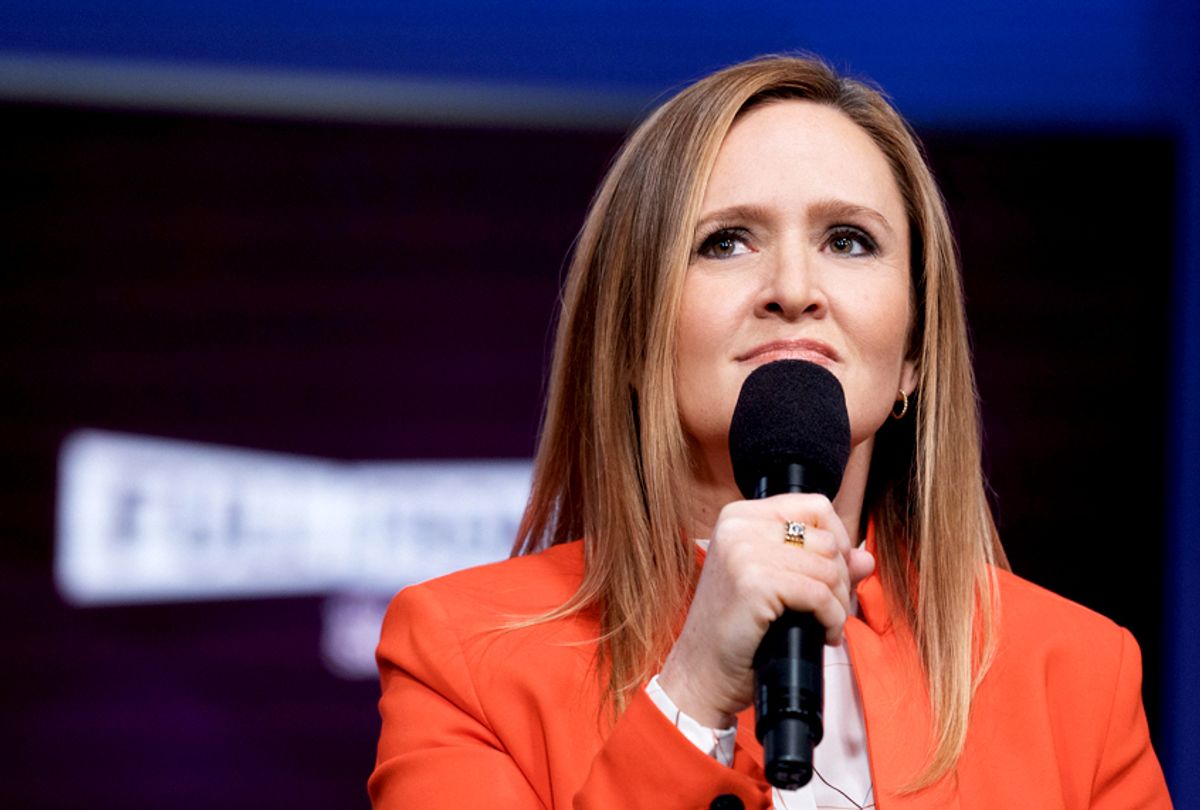 In light of the massacre in a Pittsburgh synagogue on Saturday, Samantha Bee called out President Donald Trump and his Republican Party for using racist dog whistles and promoting anti-Semitic conspiracy theories.

"Trump and many other Republicans reacted to the shooting by condemning anti-Semitism — always nice when we can agree that some hate crimes are bad," Bee said on Wednesday's episode of "Full Frontal" on TBS. "But the truth is: The Republican Party tolerates anti-Semitism, and benefits from it."

"Mainstream conservatives would never say anything negative about Jewish people outright," the late night host continued. "But there are other words they use like: 'coastal elites,' 'globalists,' 'Hollywood liberals' or 'Jon Leibowitz.'"

Currently, Bee added, "the biggest, loudest dog whistle is George Soros," the billionaire philanthropist and Holocaust survivor, and "Full Frontal" played clip after clip after clip of Soros' name being dropped on Fox News in connection to liberal conspiracy theories.

Soros is best known for starting a foundation called Open Society. However, in right-wing circles, Bee pointed out, he is regarded as a "demonic, Nazi, commie super-villain" who controls well, everything.

"This sleepy old zaddy is not a puppet master. He may be wealthy and influential, but he does not control the government" or dominate anything else for that matter, Bee continued. "But the idea of Jews as wealthy, scheming, world-dominators goes way back."

In fact, it goes back farther than 2010 – when Soros was first named by right-wing pundits as a liberal architect. It "is as old as Mike Pence thinks the earth is," Bee deadpanned.

According to Bee, before Soros, there was another Jewish scapegoat: Nathan Mayer Rothschild, of the Rothschild banking dynasty, who was subjected to many of the same smear-tactics that Soros is today. And an array of powerful, evil leaders have used Jewish figures throughout history, to cast blame on "the Jews" or Jewish figures, as a way to "consolidate their power and justify their behavior," Bee said.

"Full Frontal" aired a clip of Sen. Chuck Grassley (R-IA) and chairman of the Senate Judiciary Committee from an appearance on Fox News, in which he said he "tends to believe" that Soros is behind the protestors confronting him and his colleagues in elevators in the wake of the Brett Kavanaugh confirmation process and amid allegations of sexual assault. She showed another clip of Rep. Louie Gohmert (R-TX), also from Fox News, claiming that Soros is funding the migrant caravan of Central Americans fleeing violence and poverty.

"By the way, I know Trump has a daughter who's Jewish. I forget her name. She's never really come up on the show," Bee said, poking fun at the incredible backlash she and the "Full Frontal" received after urging Ivanka Trump to intervene during the Trump administration's family separation policy at the border. (In that plea, she referred to her as a "feckless c**t.")

"But that doesn't mean he can't be anti-Semitic," Bee continued. "His daughter's also a woman, and he sure hates those."

"Scapegoating Jewish people is an ancient, horrible tradition – and it is happening in our country," she added. "Republicans didn't ask their supporters to take an AR-15 and massacre praying Jews, but Republicans were speaking a language that shooter heard loud and clear. He posted conspiracy theories about Soros on social media, just like politicians . . . and even the president have."

"Anti-Semitic violence and vandalism have surged since Trump's election – and they are not coming out of nowhere," Bee concluded. "Trump has whipped up a xenophobic mob, and xenophobic mobs don't traditionally make exceptions for Jewish people."