Trump calls migrant caravan an "invasion," claims Democrats will "destroy health care as we know it" 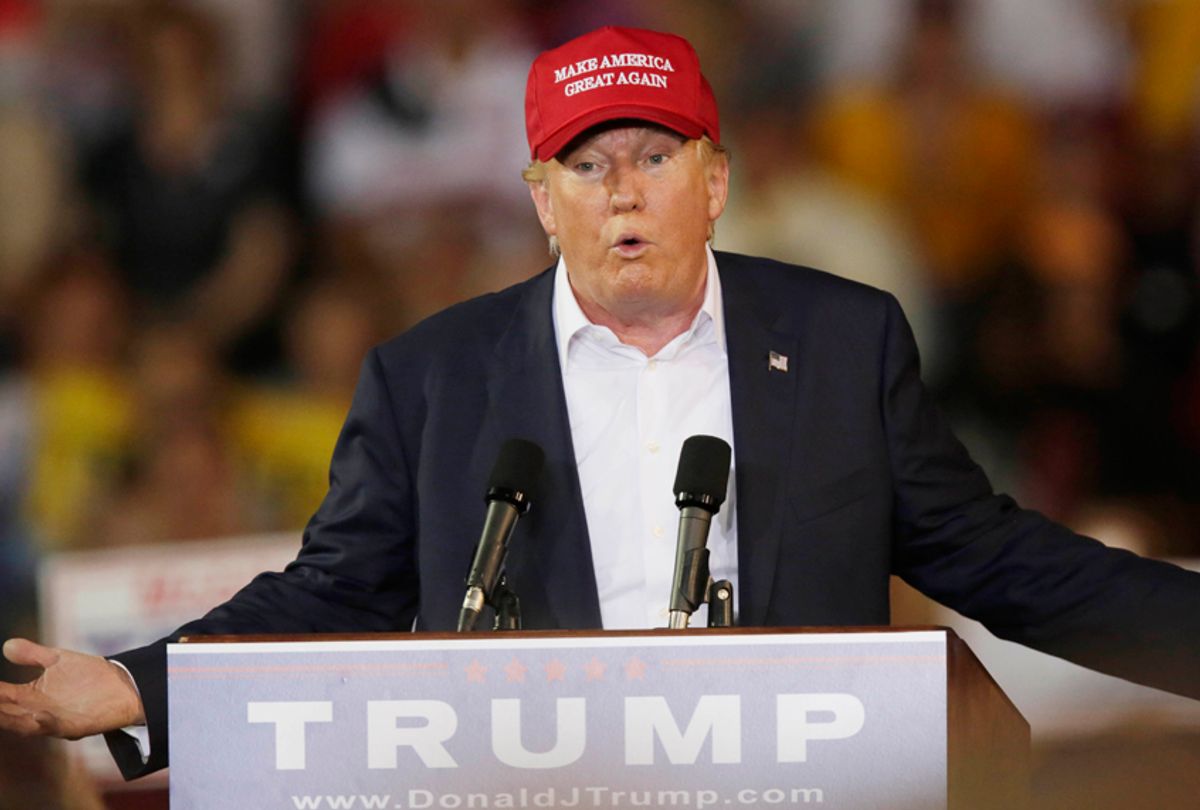 President Donald Trump defended his decision to deploy between 10,000 and 15,000 active duty troops to take on a migrant caravan that is still roughly 800 miles away from the U.S.-Mexico border, calling it "an invasion of our country."

"We have to have a wall of people," the president told ABC News Wednesday in an exclusive interview. "You have caravans coming up that look a lot larger than what is reported, actually. And I'm pretty good at estimating crowd size, and I'll tell you, they look a lot bigger than people would think."

Trump denied that the migrants seeking to enter the U.S. are fleeing poverty, political unrest and violence in their home countries. Instead, the president claimed that the caravan was made up of "mostly young men" and the women and children pictured in the crowd were intentionally posed for the cameras.

Although Trump has characterized the caravan as an "invasion," he has not formally declared a national emergency, which means that the troops are limited in scope of action and cannot arrest people, seize drugs from smugglers or have any direct involvement in blocking the caravan.

However, when asked about what role the active duty military will play, Trump suggested that the troops' scope of action may expand depending on circumstances. "Well, it depends. It depends. National emergency covers a lot of territory," he said. "They can't invade our country. You look at that. It almost looks like an invasion. It almost does look like an invasion."

Trump's decision to dispatch thousands of active duty troops to the border has elicited swift pushback from human rights organizations and Democrats, who have accused the president of using the military to advance "his anti-immigrant agenda of fear and division" before the midterm election, in which a "blue wave" is supposedly coming to push Congress toward a Democratic majority. While Trump has pushed a fear of immigrants to the forefront of the Republican election strategy discourse, healthcare has emerged as a defining issue of the 2018 election cycle.

"I want to replace pre-existing conditions, and I've always been there," the president claimed. "What the Democrats are going to do is destroy our entire health care, and you're not going to have any health care. You would destroy the country.

"You are not going to have health care," he added. "The Democrats are going to literally — you'll have to pay three times the taxes, and they'll destroy health care as we know it in this country. You won't have pre-existing conditions. You won't have anything."

As my colleague Igor Derysh previously reported, "half of all Democratic ads are focused on health care. It could prove to be a winning issue: Sixty-three percent of voters say a candidate's position on pre-existing condition protections are the 'single most important factor' or 'very important' to them this November. In a Fox News poll published last month, half of voters said that Democrats would do a better job on health care, compared to just 34 percent who preferred Republicans on the issue."

Trump also spoke to ABC about the midterm elections, suggesting optimism in regards to the Republican Party's odds come Nov. 6.

"We're doing great in the Senate, and I think we're doing pretty well in the House. It's going to be an interesting evening," Trump said. He also claimed that Democrats have "had a very hard time, because they haven't been winning."

He also claimed that he always tries to tell the truth.