GOP efforts to limit eligible voters are rejected in two states, but Native Americans in North Dakota fight on 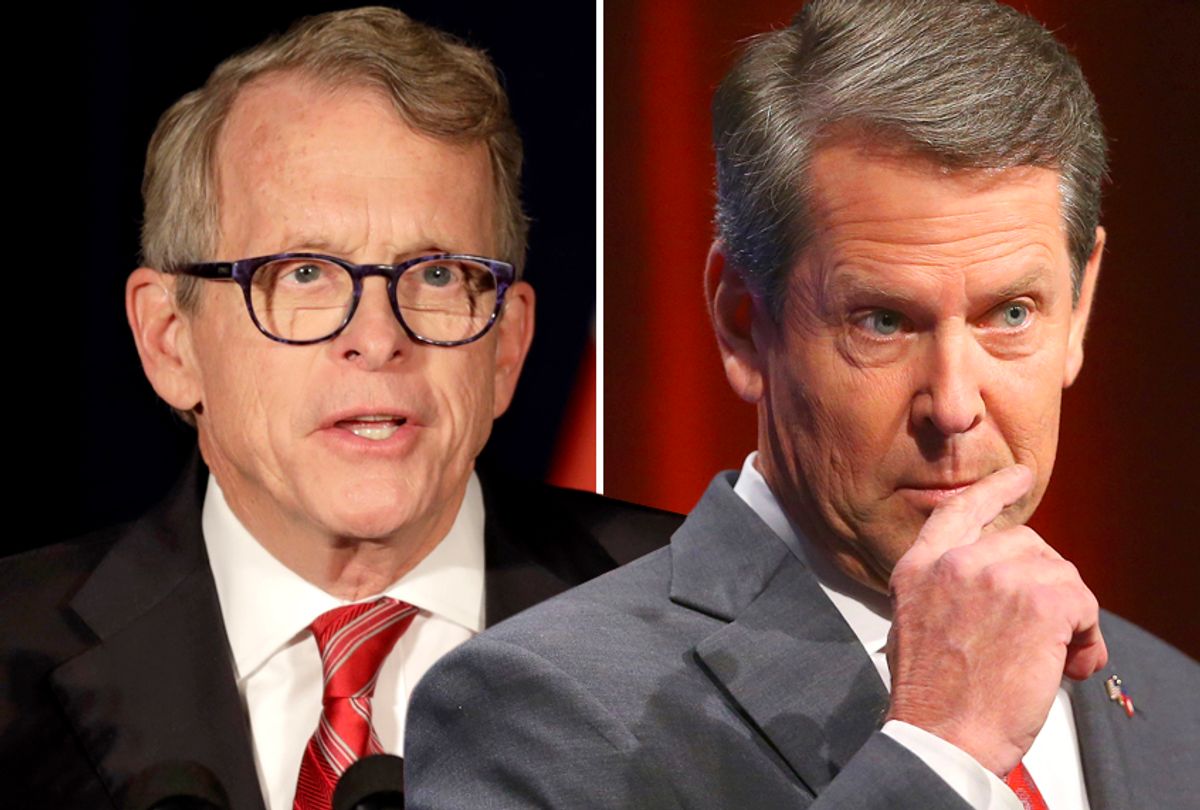 Federal judges in Ohio and Georgia ruled against Republican attempts to limit the number of eligible voters ahead of tight elections in both states.

The 6th U.S. Circuit Court of Appeals granted an emergency motion by several voting rights groups and ordered Ohio to allow voters purged for not participating in recent elections to cast provisional ballots, the Associated Press reports. The split decision partially overturned a previous federal ruling that voters were not illegally purged from the rolls.

Voting rights groups lost a previous case in the Supreme Court in June after they argued that the Ohio voter roll maintenance process was unconstitutional. The groups then challenged the notices sent to voters informing them that they were being purged for not voting in three federal elections, on the grounds that the notices were too vague.

“Plaintiffs have a reasonable, and perhaps even greater, likelihood of success on the merits of their claim that defendant’s confirmation notice did not adequately advise registrants of the consequences of failure to respond, as the NVRA (National Voting Rights Act) requires,” the court ruled Wednesday.

One judge broke with the panel, calling the claims “all speculation.”

In another blow to Republican efforts to eliminate certain voters, a federal district judge in Georgia rejected Republican Secretary of State Brian Kemp's request to stop an injunction the judge had previously ordered, which prevented election officials in the state from tossing out certain absentee ballots, the Atlanta Journal-Constitution reports.

Judge Leigh Martin May said that pausing the injunction as Kemp requested “would only cause confusion, as Secretary Kemp has already issued guidance in accordance with the injunction to county elections officials.”

May blocked officials from tossing absentee ballots from voters whose signatures on ballots do not exactly match those on their signatures on their voter registration cards, in response to a lawsuit by the American Civil Liberties Union.

“The Court finds that the public interest is best served by allowing qualified absentee voters to vote and have their votes counted,” May ruled, according to the Journal-Constitution.

Kemp is in a dead-even race for Georgia's governorship against Democrat Stacey Abrams.

Members of the Spirit Lake Sioux tribe in North Dakota hope a judge will rule similarly in their lawsuit seeking to prevent the state from enforcing a new voter ID law that effectively disenfranchises voters who live on Native American reservations.

The lawsuit challenges the rule requiring voters to have a current ID with their current street address as unconstitutional because it disproportionately affects Native Americans, whose reservations often do not use conventional street addresses.

A federal district court previously blocked the law from being enforced during the primaries, but the 8th U.S. Circuit Court of Appeals blocked the order and the U.S. Supreme Court effectively upheld the decision.

Danielle Lang, an attorney with the Campaign Legal Center, which has joined the lawsuit, told the Associated Press that the law clearly “disenfranchises Native Americans living on reservations."

“We have a choice between a democracy that includes all eligible voters and a system that excludes people based on their circumstances or backgrounds,” she said. “Unless the court steps in, eligible Native American voters including our clients may be denied the right to vote next week due to the state’s deeply flawed system of assigning and verifying voters’ residential addresses.”