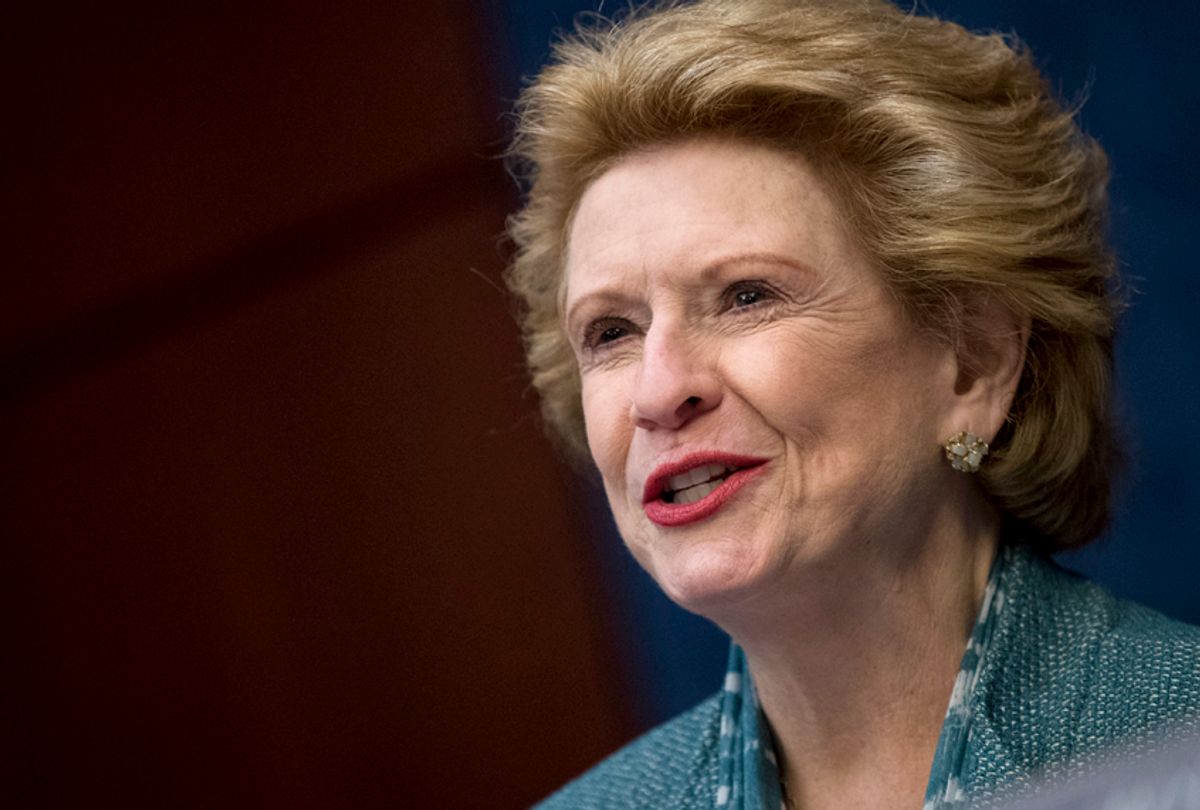 Just one day before the midterm election, Senator Debbie Stabenow of Michigan holds a seven-point lead over John James, her Republican challenger, according to a new poll.

The Mitchell Research & Communications poll reveals that 52 percent of likely voters prefer Stabenow, versus the 46 percent who want James in charge. Only one percent of voters said they remain undecided. The poll surveyed 701 likely voters on Nov. 4, and it has a margin of error of plus or minus 3.7 percent percentage points.

The results of the new poll are in line with other recent surveys that showed the longtime Democratic incumbent leading James, a businessman and military veteran, by anywhere from seven to 17 points. The current Real Clear Politics polling average shows the Michigan Democrat with 10.5-point edge.

Stabenow previously had a double-digit lead over James, but her advantage decreased in recent weeks as the national Republican Party, including President Donald Trump and Vice President Mike Pence, rallied behind James — even after he came under fire for "unintentionally" showing what appears to be a swastika in his first campaign ad in October. Pence has campaigned for James in Michigan multiple times throughout the 2018 election cycle, most recently on Saturday.

In an early morning tweet sent Monday, Trump railed against the longtime Democratic incumbent and praised James, writing, "Debbie Stabenow voted against Tax Cuts, great Healthcare, Supreme Court Justices and all of the many things the people of Michigan wanted and needed. She is an automatic far left vote, controlled by her bosses. John James can be a truly great Senator!"

The president's tweet came one day after he called James a "spectacular young star of the future" and dubbed Stabenow a "Schumer Puppet" on Twitter.

"John James, running as a Republican for the Senate from Michigan, is a spectacular young star of the future. We should make him a star of the present," Trump tweeted. "A distinguished West Point Grad and Vet, people should Vote Out Schumer Puppet Debbie Stabenow, who does nothing for Michigan!"

The New York Times' national political correspondent Jonathan Martin previously wrote, "As the GOP struggles particularly in the Midwest, which President Trump sees as perhaps the most crucial part of his base, Michigan offers a vivid illustration of a crucial political dynamic: While control of Congress and the midterm implications for Mr. Trump consume attention, it is the coattails of Democrats at the top of state tickets that could dramatically reshape American politics after 2018."

As Democrats have seen blue spots emerge in Midwestern Trump country, Republican leaders are preparing for an upset in places they once saw as red. This can be evidenced in James' recent appearance on Fox News — seemingly in an effort to speak directly to the president — just six days before Election Day.

"Mr. President, if you're watching, please come to Michigan. You have excellent luck on Election Day eve," James said, referring to Trump's surprise 2016 victory in the Great Lake State.