The ad garnered the praise from former Ku Klux Klan Grand Wizard David Duke, who described it as "a masterpiece" 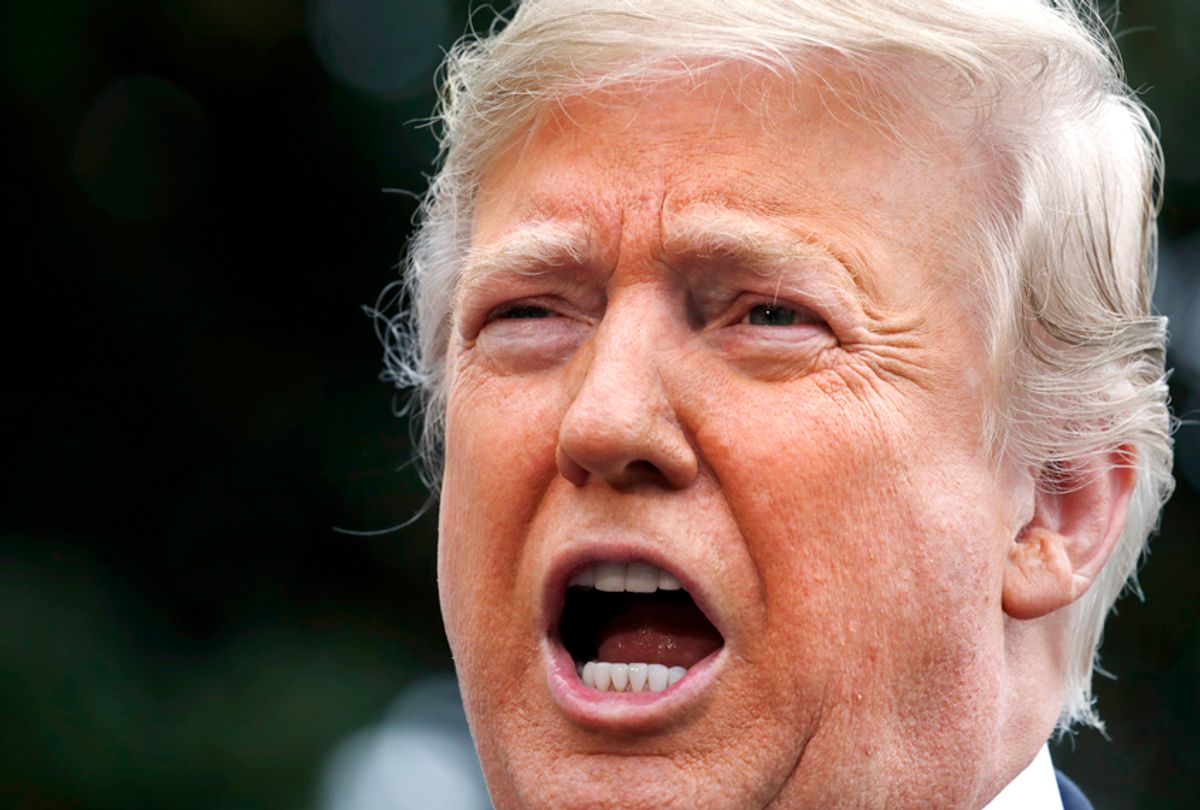 NBC and Fox News said on Monday that they would stop airing an anti-immigrant campaign ad from President Donald Trump, which Salon previously declared as "the most racist political ad in 30 years." CNN had refused to accept the advertisement as a paid spot, citing its overt racism.

NBC had come under serious backlash for airing the ad during "Sunday Night Football." A spokesperson for NBC's advertising sales department said, "After further review, we recognize the insensitive nature of the ad and have decided to cease airing it across our properties as soon as possible."

Shortly after NBC announced it would pull the ad, Fox News also released a statement. "Upon further review, Fox News pulled the ad yesterday and it will not appear on either Fox News Channel or Fox Business Network," said Marianne Gambelli, president of ad sales for Fox News.

The ad has aired 18 times across multiple networks, according to NBC News, but it reached a wide audience when it played during a game between the New England Patriots and Green Bay Packers Sunday night. The election ad that aired was shorter than the original one that Trump first shared to his Twitter feed last week. Nonetheless, the 30-second ad still promoted anti-immigrant fear-mongering of the "7,000 migrant caravan" traveling through Mexico and highlighted Luis Bracamontes, an unrelated undocumented immigrant convicted of murdering two California sheriff's deputies in 2014.

The narrator encourages viewers to vote Republican in the midterms on Tuesday, saying: "Dangerous illegal criminals like cop killer Luis Bracamontes don’t care about our laws . . . America cannot allow this invasion. The migrant caravan must be stopped. President Trump and his allies will protect our border and keep our families safe. America's future depends on you. Stop the caravan. Vote Republican."

The spot aired by NBC did not include the false claim that Democrats let Bracamontes "into our country" and "let him stay." But it connected immigrants to crime – a talking point that the president has claimed relentlessly in spite of conflicting evidence. The contents of the ad garnered the praise from former Ku Klux Klan Grand Wizard David Duke, who described it as "a masterpiece."

Many people expressed outrage at NBC for airing the spot. Director, producer and writer Judd Apatow wrote a series of tweets calling out the network for its complicity.

"So @nbc and @Comcast aired that racist Trump caravan commercial during the football game," he wrote on Twitter. "Who made that decision? How did they decide it was ok? I am disgusted that you would air that after @cnn refused to air it because it is explicitly racist. Shame on you."

In a separate tweet, Apatow added: "It was a low point in this history of @nbc. Who will explain their reasoning for promoting racism during this football game?"

Star of NBC's "Will and Grace," Debra Messing, said she was "ashamed that my network aired this disgusting racist ad. It is the antithesis of everything I personally believe in, and what, I believe, our show is all about."

Former Barack Obama aide and co-host of "Pod Save America" Dan Pfeiffer questioned NBC's ethics when it came to the ad's "factual inaccuracies."

Donald Trump, Jr. tweeted about CNN's refusal to air the ad, saying: "I guess they only run fake news and won’t talk about real threats that don’t suit their agenda. Enjoy. Remember this on Tuesday."

CNN's Communications account responded directly. "CNN has made it abundantly clear in its editorial coverage that this ad is racist," it said. "When presented with an opportunity to be paid to take a version of this ad, we declined. Those are the facts."

The migrant caravan of mostly people from Honduras fleeing violence and poverty and still hundreds of miles away from the U.S. border has become a campaign centerpiece for Trump, who has relentlessly stoked anti-immigrant anxieties at his rallies and on his Twitter feed. The president has labeled the caravan a "national emergency," and the military is sending thousands of troops to the border.