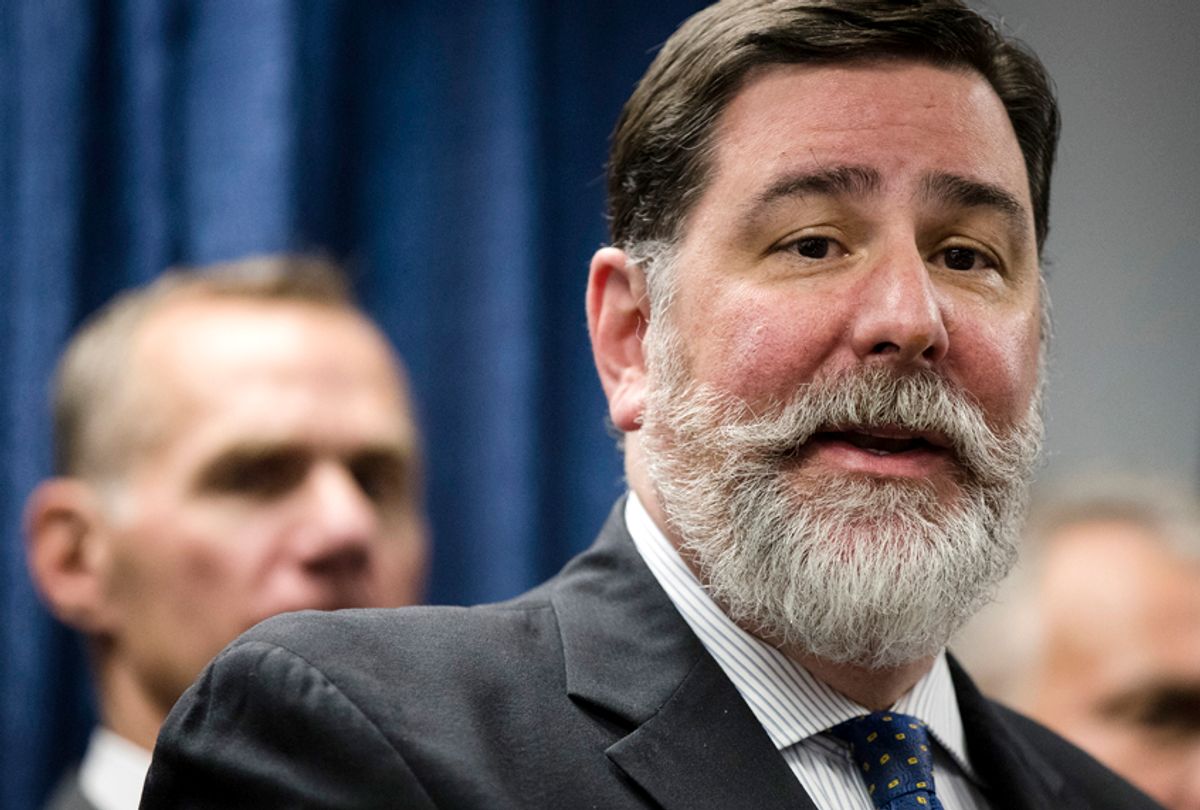 A new report reveals that Bill Peduto, the Democratic mayor of Pittsburgh who has been comforting his city's Jewish community since an anti-Semitic synagogue shooting last month, was stunned when President Donald Trump called him shortly after the attack. The phone call only lasted around three minutes.

Peduto told The Washington Post that although the initial portions of the conversation were appropriate, with the president extending his thoughts and prayers and promising Peduto a direct line to the White House for anything he might need, Trump soon began talking about the need for harsher death penalty legislation in order to prevent future mass shootings:

“I’m literally standing two blocks from 11 bodies right now. Really?” Peduto said, noting that he was numb and believed that talking about the death penalty wasn’t “going to bring them back or deter what had just happened. . . . I ended the conversation pretty quickly after that.”

Peduto's conflicts with Trump did not end there.

Despite publicly urging the president to stay away from Pittsburgh until after the Tree of Life synagogue mourners had an opportunity to bury their dead, Trump visited Pittsburgh on Oct. 30 to offer his condolences. As a result, the president was met with the predictable protests that marred what could have otherwise been an appropriately solemn occasion.

"It could have been avoided. He could have chosen to go to the Holocaust museum and lay a wreath with his wife. Or put together a fund in order to memorialize the 11 people whose lives were lost for perpetuity, in the museum," Peduto told the Post.

Peduto was also angered by Trump's trip for a practical reason — the president's presence in the city required him to reduce law enforcement protection to other Jewish areas that he had promised the city's scared inhabitants in the aftermath of the Tree of Life synagogue shooting.

“I was at three Jewish schools and I talked to kids as young as first grade, and I had at least three or four police officers with me to introduce themselves, and our goal was very simple: ‘You’re going to see police officers outside your school this next week. We want you to know that they’re here to protect you.’ I don’t know if we’ll be able to have officers at those three schools, and if we do, we’ll have one," Peduto told the Post.

The Tree of Life synagogue shooting also personally impacted Peduto, who was acquainted with several of the victims. He has also not hesitated to point the finger of blame at Trump's right-wing rhetoric, arguing that "this obviously was somebody whose decision to kill Jewish people was based on what he was reading, with news of migrants who are trying to escape the hell they are in and potentially on their way to the United States. And somehow that story has become butchered into a story of an invading army and then that story being manipulated that it’s the Jews that are doing it and they’re financing it. Then this guy wakes up on a Saturday morning armed to the gills with bullets and guns to kill as many Jewish people as he possibly can."