The Amazon Basin creates the rain that nourishes farmland across Brazil, one of the world’s major breadbaskets 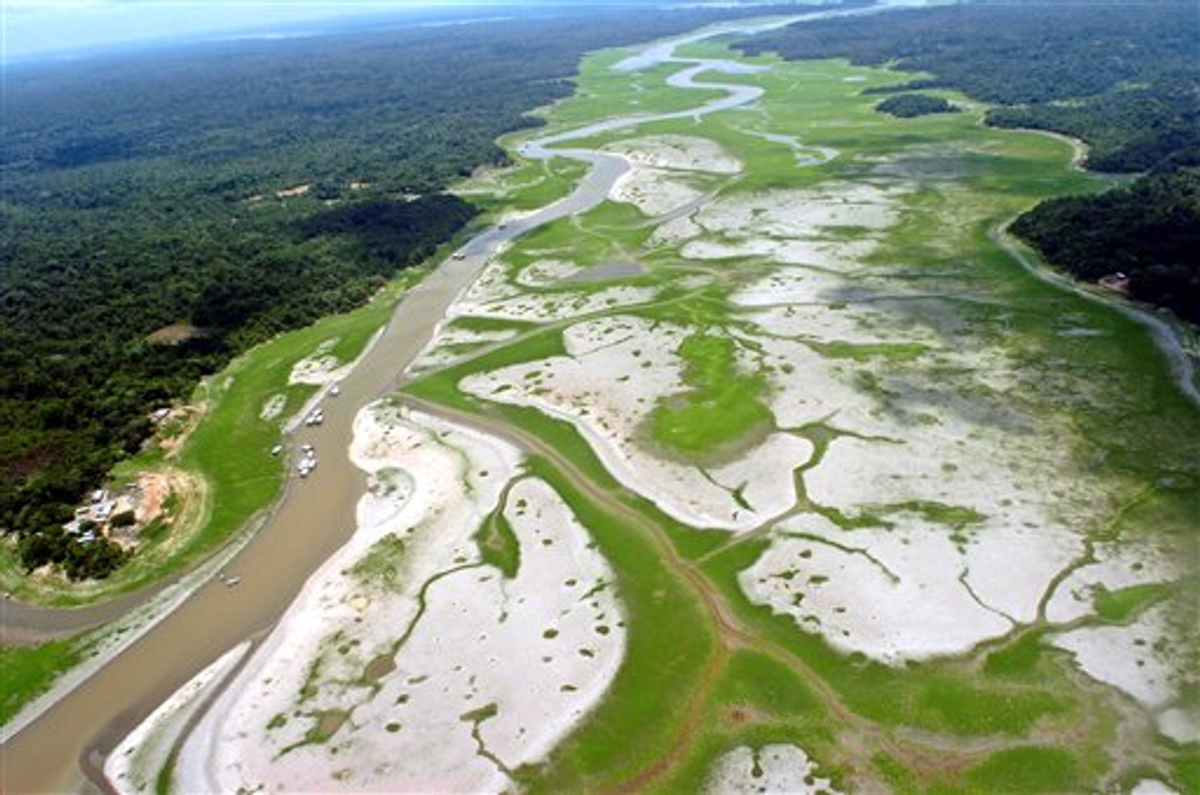 Jair Bolsonaro, Brazil’s new president, will make many decisions during his four-year term, from combating violence to stimulating a stagnant economy.

Those decisions will have large impacts on Brazilians, who remain deeply divided over the controversial election of this far-right populist.

But some of Bolsonaro’s decisions will affect the entire world, namely his promises to cut environmental protections in the Brazilian Amazon.

The Amazon is the world’s largest tropical rainforest and a major global food exporter.

The Amazon Basin also provides the rains that nourish Brazil’s productive croplands to the south, a breadbasket for the world. The rainforest’s destruction could cause large-scale droughts in Brazil, leading to nationwide crop losses.

An estimated 9 percent of Amazonian forests disappeared between 1985 and 2017, reducing the rainforest’s ability to absorb the carbon emissions that drive climate change.

Deforestation is largely due to land clearing for agricultural purposes, particularly cattle ranching.

Cattle production has an extremely low profit margin in the Brazilian Amazon. It also requires a massive amount of land for grazing. Both factors drive Amazonian farmers to continuously clear forest — illegally — to expand pastureland.

Today, 12 percent of the Brazilian Amazon, or 93 million acres — an area roughly the size of Montana — is used for agriculture, primarily cattle ranching but also soybean production.

Deforestation decreased substantially from 2004 to 2014 thanks to strict environmental protections passed by President Luiz Inácio Lula da Silva in 2004. His Workers Party cracked down on illegal land clearing in the Amazon, making Brazil a world leader in rainforest protection.

But deforestation in the Amazon has begun to climb again recently.

Brazilian President Michel Temer, a conservative who entered office in 2016 during a deep recession, has loosened enforcement of federal anti-deforestation laws, slashed the environmental ministry’s budget and opened the Amazon to mining.

Satellite data reveal that between August 2017 to 2018, 1.1 million acres of Brazilian Amazonian forest were cleared — the highest deforestation rate since 2007.

The president-elect’s deregulatory agenda is supported by the Bancada Ruralista, a powerful congressional caucus that defends Brazilian agribusiness interests.

Those policies encouraged innovations that have made Amazon farmland much more productive. In a co-authored study published in October in the journal Global Environmental Change, my colleagues and I found that food production in the Amazon has substantially increased since 2004.

Amazonian farmers are now planting and harvesting two crops — mostly soybean and corn — each year, rather than just one. This is called “double cropping.”

Our study found that land in double cropping in Brazil’s most important agricultural state, Mato Grosso, increased from 840,000  acres in 2001 to more than 10.6 million acres in 2013, boosted by improved environmental laws.

Farmers are getting richer

Environmental regulation of the Brazilian Amazon has helped farmers improve business in other ways too, our research found.

Ranchers who add crops into pasture areas can more than quadruple the amount of beef produced because cattle raised in integrated crop and livestock systems gain weight more quickly. That spares remaining Amazonian forests from deforestation.

Brazil’s progressive environmental protections have even pushed corporations that operate in the Amazon to adopt more sustainable practices.

Since 2006, hundreds of multinational food and timber companies, including Cargill and Nestle, have adopted “zero-deforestation commitments” — pledges that they will never again source products from farmers who continue to deforest their land.

The commitments started in the Brazilian Amazon and have since extended to all forests on the planet, including the Indonesian and Malaysian rainforests.

Brazilian law, which restricts Amazonian farmers from clearing more than 20 percent of their land and requires them to federally register their property for monitoring, has made it easier for zero-deforestation companies to drop producers who cut down trees.

Strong environmental protections are necessary to save the Amazon, protecting Brazil and the world from the loss of this critical, fragile habitat.

If Brazil’s next president dismantles its environmental laws, corporations could abandon their zero-deforestation standards in the Amazon. That could have ripple effects in other threatened habitats worldwide.

Far from being bad for business, Brazil’s Amazonian protections help sustain the country as a global breadbasket.

If Bolsonaro scraps them, he won’t just imperil a legendary rainforest. He’ll hurt Brazilian farmers, too — and the consumers worldwide who depend on them.