Two down, 21 to go: Democrats open the night with quick pickups in the House

Democrats pick up their first two House seats, one in Northern Virginia and the other in South Florida 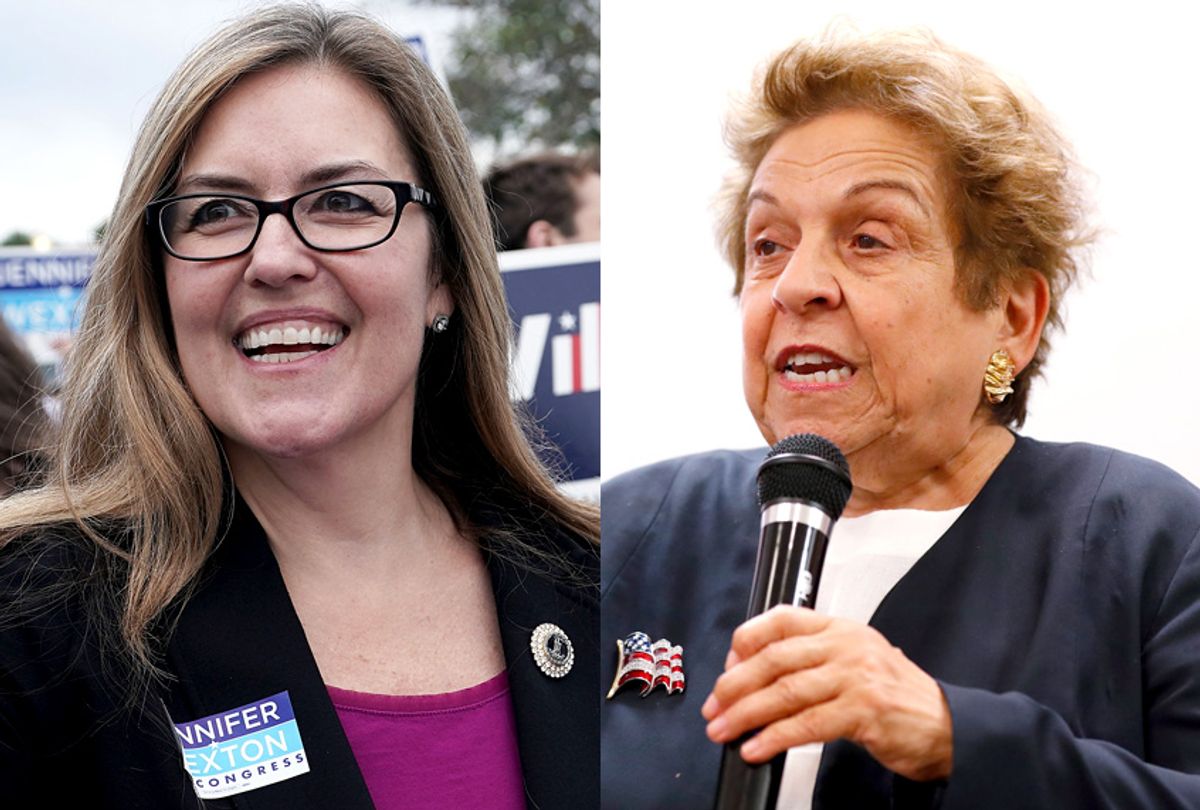 As of Tuesday morning, Democrats needed to pick up 23 seats in the House of Representatives to reclaim a legislative majority.

Rep. Barbara Comstock, a Republican incumbent who represents Virginia's 10th congressional district, has lost her seat to Democratic challenger Jennifer Wexton, a state senator, according to CNBC. Although the district has been represented by Republicans for 60 out of the last 66 years, its location in the affluent suburbs of Northern Virginia made it a ripe pickup opportunity for Democrats, in a state and region that are increasingly blue.

Prior to Election Day, Wexton had consistently led Comstock in polls, with October surveys usually putting her between 7 points and 13 points. Her victory was widely expected for that reason, although it is worth noting that no Democrat held Virginia's 10th district since 1978.

Wexton's victory would seem to validate the Democratic Party's decision to cancel nearly $1 million worth of advertising for their candidate in that district. Party officials argued that Comstock was likely to lose and the money could be better spent in more competitive races. Wexton prevailed by focusing on tying Comstock to Trump (even referring to her as Barbara Trumpstock) and by emphasizing issues that have proved popular among Democratic voters, particularly health care reform.

The night's second pickup for Democrats came in Florida's 27th congressional district, where Democrat Donna Shalala, a former Clinton administration official, has defeated Republican candidate Maria Salazar, according to CNBC. The incumbent in that district is Rep. Ileana Ros-Lehtinen, a Republican who decided to retire rather than face a difficult re-election battle. Shalala is well-known in the district as the former president of the University of Miami, but some polls did show Salazar ahead, and Democrats in the district were nervous.

CNBC elaborated on the dynamics that helped Shalala pull off her victory:

In what was expected to be a good year for Democratic candidates, Shalala also significantly outraised and outspent Salazar. Through Sept. 30, campaign finance reports show that Shalala raised $2.9 million, more than double the $1.2 million that Salazar raised.

Shalala, 77, will be among the oldest freshman House members in history when she is sworn in early next year.