When questioned about Trump's tax returns, Conway snaps: "Is this really what we're talking about?"

The counselor appeared on CNN Wed. morning and dismissed potential oversight from the new House majority 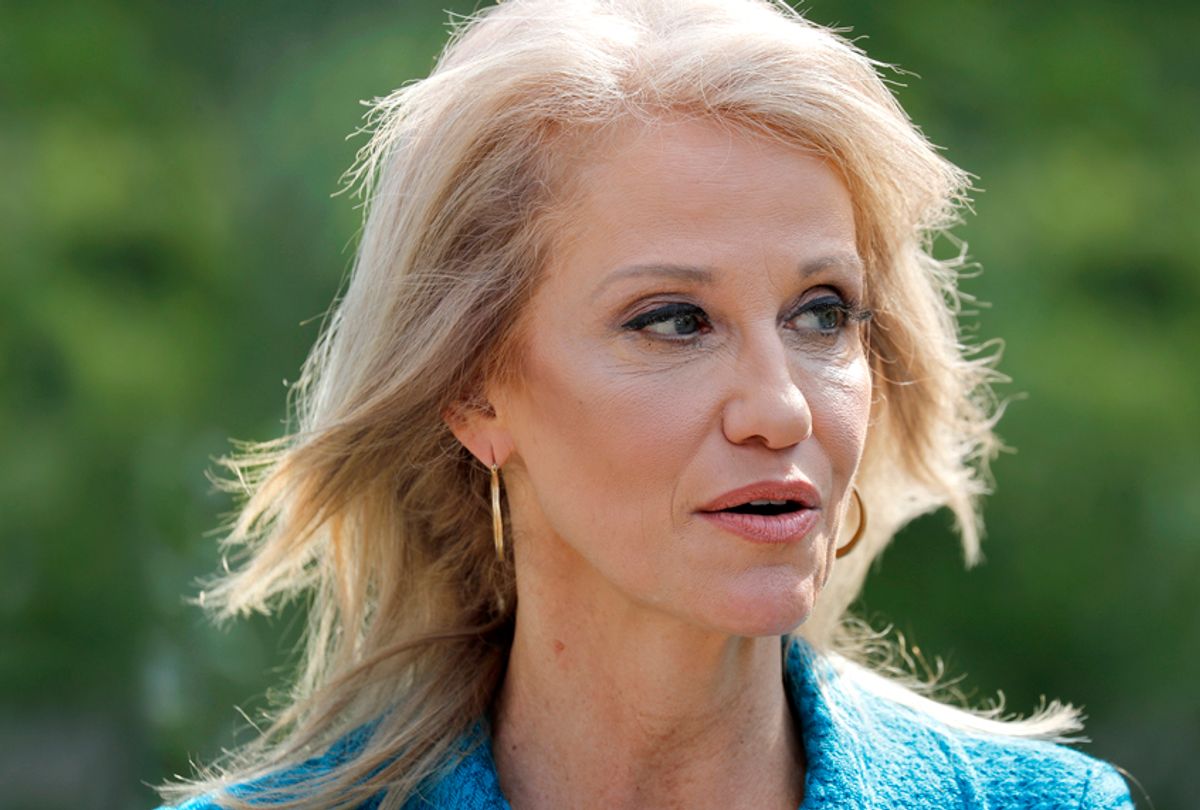 Counselor to the president Kellyanne Conway appeared on CNN's "New Day" Wednesday morning to discuss the midterm results from the night before, and notably that the Democrats were successful in taking back a majority in the House.

House Minority Leader Nancy Pelosi had made clear that if the Democrats were victorious on Tuesday night she plans to subpoena President Trump's tax returns and conduct oversight over his administration. Rep. Adam Schiff (D-CA), House Intelligence Committee Ranking Member promised a similar process, telling MSNBC that the committee will revive its role to conduct oversight — one that the Republicans had "completely abdicated."

When CNN's Alisyn Camerota asked Conway about the Democrats' want for oversight and for the president to release his tax returns specifically, Conway was taken aback.

"Is this really what we're talking about today?" she questioned. "After we had historic gains in the Senate and some of the governorships, I mean—"

Conway argued that voters will likely not be happy about newly-elected politicians spending their time in Washington investigating the president. "The last time the Democrats did, let’s just say, an extra investigation, it was during the Kavanaugh hearings, and the four Democratic senators who voted against Brett Kavanaugh all lost last night," she added.

Both Conway and Camerota talked over each other for much of the conversation, with the CNN co-host trying to keep Conway on topic and from touting the president, even when it was totally unrelated.

Conway replied, "You know what Alisyn, respectfully, I’m not going to only focus on the tax returns because according to CNN’s own polling, that’s not what animated voters last night."

Camerota then read off data from a CNN poll that found that 68 percent of Americans believed that Trump should have released his tax returns, adding that he promised he would do so during his presidential campaign.

"So, we're going to go back to 2016 now?" Conway said. "The president is not nervous about anything."

In two tweets this morning, Trump endorsed Pelosi to become Speaker of the House again and threatened to investigate Democrats in retaliation for oversight from the House. While Trump has repeatedly criticized Pelosi and the GOP has spent millions of dollars across the nation this election cycle running negative campaign ads against her name, she has said that if she is elected as Speaker, she will not try to impeach Trump.

"If the Democrats think they are going to waste Taxpayer Money investigating us at the House level, then we will likewise be forced to consider investigating them for all of the leaks of Classified Information, and much else, at the Senate level," the president wrote Wednesday morning. "Two can play that game!"

In a second tweet, Trump said: "In all fairness, Nancy Pelosi deserves to be chosen Speaker of the House by the Democrats. If they give her a hard time, perhaps we will add some Republican votes. She has earned this great honor!"