Tucker Carlson targeted at home by protesters: "We know where you sleep at night!" 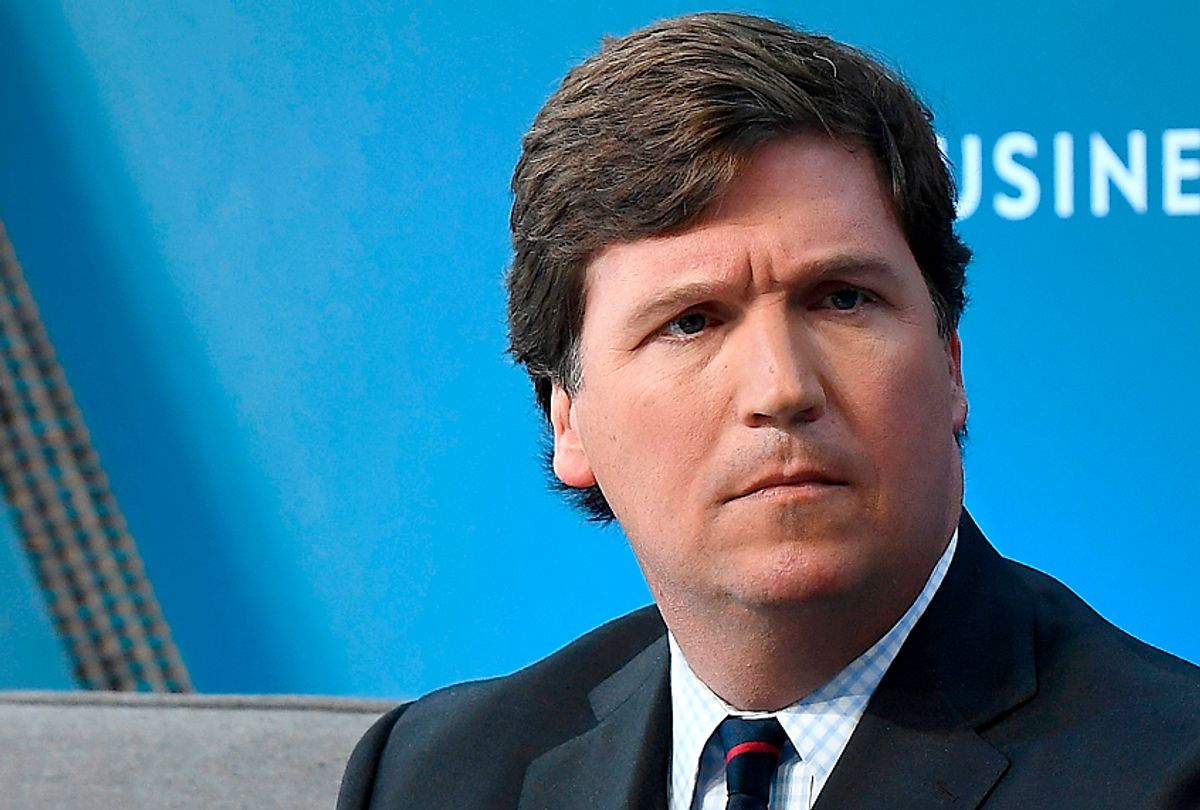 "Every night you spread fear into our homes—fear of the other, fear of us, and fear of them. Each night you tell us we are not safe. Tonight you’re reminded that we have a voice," read a Wednesday tweet by "Smash Racism DC." Moments earlier, the wife of Fox News host Tucker Carlson saw protesters surrounded her house, leading her to believe they were going to break down her door.

"I called my wife. She had been in the kitchen alone getting ready to go to dinner and she heard pounding on the front door and screaming. ... Someone started throwing himself against the front door and actually cracked the front door," Carlson told The Washington Post, describing the events that began to unfold less than two hours before his program aired that evening.

Carlson claimed that the protesters had blocked off both sides of the street and brandished signs that listed his home address. In one of the videos, a woman describes how she wants to bring a pipe bomb to Carlson's house. Other protesters can be heard yelling that he needs to leave town and one shouted into a bullhorn that "We want you to know, we know where you sleep at night." He then led the group to chant, "Tucker Carlson, we will fight! We know where you sleep at night!"

As Carlson emphasized to the Post, this went beyond traditional protests which identify specific policies that they oppose or support. The message here was that Carlson and his family weren't physically safe. Although Carlson has children, none of them were home when the incident occurred.

On Twitter, Smash Racism DC accused Carlson of spreading “fear into our homes” every night, taking particular issue with his comments about the migrant caravan.

“Tonight you’re reminded that we have a voice,” a now-deleted tweet read. “Tonight, we remind you that you are not safe either.”

The host’s address, as well as the addresses of his brother and good friend Neil Patel, with whom he co-founded the conservative media site the Daily Caller, were shared in tweets from Smash Racism DC’s account.

In a Facebook post that included video of the gathering, the group wrote, “Fascists are vulnerable. Confront them at their homes!”

A number of Carlson's colleagues quickly spoke out against the people who harassed Carlson's wife.

"The incident that took place at Tucker’s home last night was reprehensible. The violent threats and intimidation tactics toward him and his family are completely unacceptable. We as a nation have become far too intolerant of different points of view.  Recent events across our country clearly highlight the need for a more civil, respectful, and inclusive national conversation. Those of us in the media and in politics bear a special obligation to all Americans, to find common ground."