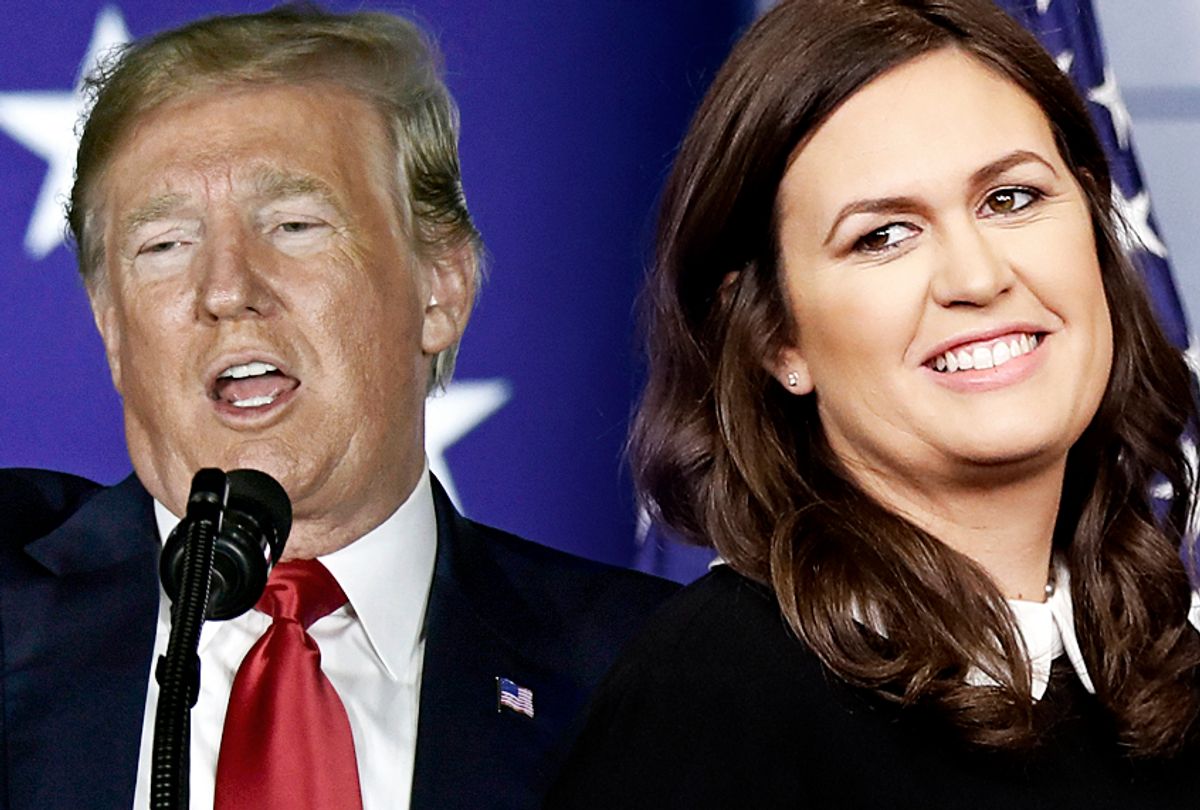 CNN reporter Jim Acosta has had his White House hard pass suspended in the aftermath of a contentious press conference argument with President Donald Trump on Wednesday.

The so-called "hard pass," which gives Acosta access to the White House grounds, was taken away from Acosta in the aftermath of his heated exchange with Trump during the Wednesday presser, according to CNN. In response to the White House's actions, CNN released a statement saying that the decision "was done in retaliation for his challenging questions at today's press conference. In an explanation, Press Secretary Sarah Sanders lied. She provided fraudulent accusations and cited an incident that never happened. This unprecedented decision is a threat to our democracy and the country deserves better. Jim Acosta has our full support."

Acosta himself tweeted, "I’ve just been denied entrance to the WH. Secret Service just informed me I cannot enter the WH grounds for my 8pm hit."

The Reporters Committee tweeted, in response to the news, that "journalists have a First Amendment right to ask questions and seek answers on behalf of the American people. RCFP joins @whca and denouncing the revocation of @acosta's access credentials."

The White House's justification for pulling Acosta's pass is the claim that he improperly laid his hands on a woman who was attempting to take his microphone from him. This is a debunked theory being spread, among others, by Paul Joseph Watson of InfoWars.

But as conservative commentator Ben Shapiro tweeted, "This is not what happened. You could have banned him simply for refusing to abide by any of the normal rules of the press room. No need to state something happened that didn’t." Nicole Goodkind of Newsweek also tweeted that she suspected Sanders got her video from InfoWars, tweeting that "this is a video that Infowars made. They sped it up so that it seems more violent than it is."

Even conservative commentator Erick Erickson dissented from the White House line on the incident:

This action pulls Acosta forward and his outstretched left arm goes down. He quickly pulls it back and says "pardon me, ma'am."

I realize I'm in the minority on the right here and there is a lot of loathing on the right for Acosta. I get it. I just disagree that this was intentional. It looks very accidental to me. I'm sure your mileage will vary.

Other conservatives, however, like former Trump campaign manager Corey Lewandowski and the Michigan Republican Party, applauded the president's decision.

During the Wednesday press conference, Trump became angry at Acosta as the reporter pushed the president on issues like immigration and the Trump-Russia scandal. At one point he yelled at Acosta to "put down the mic!" Later he berated Acosta by yelling, "CNN should be ashamed of itself having you working for them. You are a rude, terrible person who should not be working for CNN."

The president later added, "When you report fake news, which CNN does a lot, you are the enemy of the people."

Peter Alexander of NBC News later jumped to the president's defense by saying, "In Jim's defense, I've traveled with him and watched him, he's a diligent reporter who busts his butt like the rest of us."

Trump responded, "Well I'm not a big fan of yours either."