A spy like us: Amazon's "Patriot" is the screw-up's answer to TV's super-agents

Spy work and family are a grind in season 2 of "Patriot," an eccentric comedy where every mission goes wrong 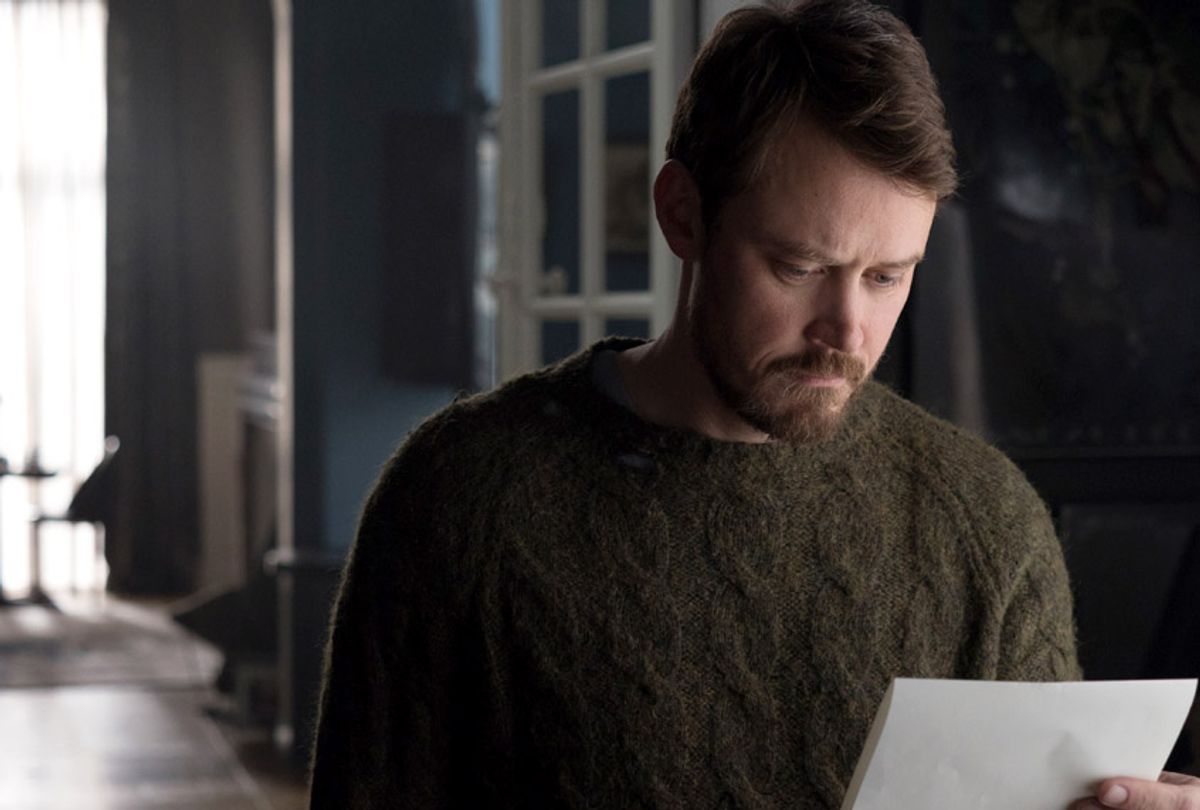 When “Patriot” debuted on Amazon Prime a year ago, it was one of those bizarre wonders that defied simple description owing to its emphasis on eccentricity. Not even that is a sufficient descriptor, actually. “Patriot” mixes its quirks with a starless-night black humor, placing the viewer inside the head of its covert operative John Tavner (Michael Dorman).

If you haven’t seen “Patriot,” rolling out its second season today, you may be tempted to conflate it with the likes of “Jack Ryan” (another Amazon show) or any number of TV special agents. Action-driven spy thrillers take up a sizable portion of the marketplace, and always will. In fact, USA Network has signed up for a “Bourne Identity” television spinoff titled “Treadstone.”

John Tavner has skills, too. But instead of exuding fiery grit, mostly he’s extremely tired, bowed under kind of fatigue that thoroughly destabilizes his already compromised emotional state.

As Season 2 starts, “Patriot” creator Steve Conrad enables us to take in the world from John’s point of view in some scenes — such as, say, after he’s been hit in the head and his vision looks like it’s been smeared in muddy Vaseline. John doesn’t have to appear queasy or off-balance; one imagines that would defy his training. Instead, the camera does the work, allowing the viewer to experience his queasiness.

“Patriot” is a mood-driven blend of drama and comedy, one whose editing, direction, lighting and pithy dialogue collaborate to steep the viewer in absurdist weirdness. Setting it in foreign lands — mainly Luxembourg and Paris — adds the off-balance sensation Conrad cultivates with each episode.

But it’s Dorman’s haggard performance that carries the plot, lending John a reluctant fortitude that powers him along as he blunders his way from one mission to the next. John is not a guy who fulfills his duty with a silken smoothness. Setbacks and screw-ups beset him at every turn, despite his best efforts, plans that are compromised by burnout. And while he may not have the physique or agility of other heroic characters, he is something more relatable: a guy who can’t quit because he has no choice.

Mainly because his dad (played by Terry O’Quinn) is his handler. And, well, because he has a knack for recovering from blows to the head and other impressive physical assaults.

“Patriot” may be one of the best series out there, but it has gone under the radar for a number of reasons, starting with its ambiguous title. One glance at it registers the show as a rip-off of any number of better-known special agent thrillers. Dorman’s face isn’t exactly familiar to the average viewer either, though he’s surrounded by a stable of well-known co-stars including Kurtwood Smith (“That ‘70s Show”) as his cover job’s boss Mr. Claret, O’Quinn (“Lost”) and as of this year, Debra Winger as John’s mother.

Jump into it, and you’ll be rewarded by strange tale about a “sad man in a suit,” and who copes with the ponderous toll of his real job, and his fake one by singing out the details of them in folk songs as he strums a guitar.

That’s right: in addition to engaging in life-threatening retrieval operations, forcing him to run for his life and occasionally engage in ground-fighting melees with teams of lethal wrestlers, John’s also fond of singing the details of what he’s done or is about to do. Some of the funniest scenes weave music out of his inner monologues, further punching up the comedy when everything goes wrong.

The first season of “Patriot”— which you absolutely should watch, even though the second season’s “previously on” summary is quite clear — takes place in 2012 and was mostly concerned with John balancing his exceedingly boring cover job with a Milwaukee-based piping company with his off-the-books mission to recover a bag containing 11 million euros. This covert mission, a part of preventing Iran from obtaining a nuclear weapon, was supposed to be a simple exchange. All simple plans go wrong in this universe, of course, bringing us to the next chapter.

John’s missions have an element of farce about them at times, a sizable portion of which involves unfortunate music choices. (The wonderful “Patriot” soundtrack, heavier with John’s folk songs in these new episodes, plays an essential role in its storytelling.)

Season 2 picks up with John and other characters still nursing their injuries, which John’s dad doesn’t care about because the stakes have now escalated: father tasks his son with the assassination of an Iranian candidate sequestered in a compound and surrounded by an elite force of ridiculously dressed goons.

These new episodes delve into psychological territory as the plot examines the relationship between John and his father, a role O’Quinn permeates with a charisma far more suited to a politician than a father, making him all the more disconcerting. In essence, John’s dad recognizes his son’s determination early in life, and decides to hone that quality into a weapon.

Conrad shapes each season’s arc of “Patriot” with a cinematic style I’ve characterized before, and can only do so again, as a blend of Wes Anderson twee with the Coen Brothers’ knack for draping narratives in inky shadow. This worked extraordinarily well in the first season, especially as it introduces John’s bizarre family dynamic, including his older brother Edward (Michael Chernus), a Texas congressman, and his wife Alice (Kathleen Munroe), who worries that John’s father is grinding her husband’s spirit down to a nub.

The second season spins up the oddity even further, as Edward takes even more initiative in John’s missions, and Alice has a chance to spend more time with John by essentially tagging along as he attempts to clean up the mess he made of his first season mission.

Helping along the second season of “Patriot” is a supporting cast Conrad gifts with comedic situations tasking them to walking a tightrope between deadpan delivery and utter lunacy. Chris Conrad, who plays John’s co-worker Dennis and a friend he’s willing to sacrifice, and Jack Birdbath, a lumbering meat-head played by Tony Fitzpatrick, act as a cobbled-together support team that tends make things worse for John in all the funniest ways.

There’s much to appreciate in Conrad’s mastery of building tension toward ludicrous outcomes in some case, or punctuating stretches of relative calm with explosions of chaos and violence.

One probably can’t have a series about an intelligence operative without any action, but in “Patriot” the hand-to-hand combat and gunplay, of which there is little relative to most thrillers, aren’t the meat of the tale, or even the sauce. The soul of the piece capitalizes on meticulously worded fast-paced exchanges set against blankets of silence. Language is utilized as a bombardment in “Patriot,” augmenting the hero’s profound emotional torpor; words flying at John or, just as often, fly by him, and for the most part all he can do is work with and around the noise.

And this feels appropriate, in this hour of low confidence in our government and an elevated suspicion of its actions. Realistic spy work probably isn’t an action adventure involving futurist technology or infinite resources.

Recent series portray it as detective work above all else; the agents in “Killing Eve” or even John Krasinski’s portrayal of the title character in “Jack Ryan” navigate setbacks in departmental bureaucracy in addition to lethal obstacles in the field. Aspects of the job are exciting, but in the end, work is work, family is family and dealing with each can be a grind. Thankfully “Patriot” never is. Hopefully more viewers will come to appreciate that.