Employees show solidarity with low-wage workers and exploited contractors. Is this now a labor movement in tech? 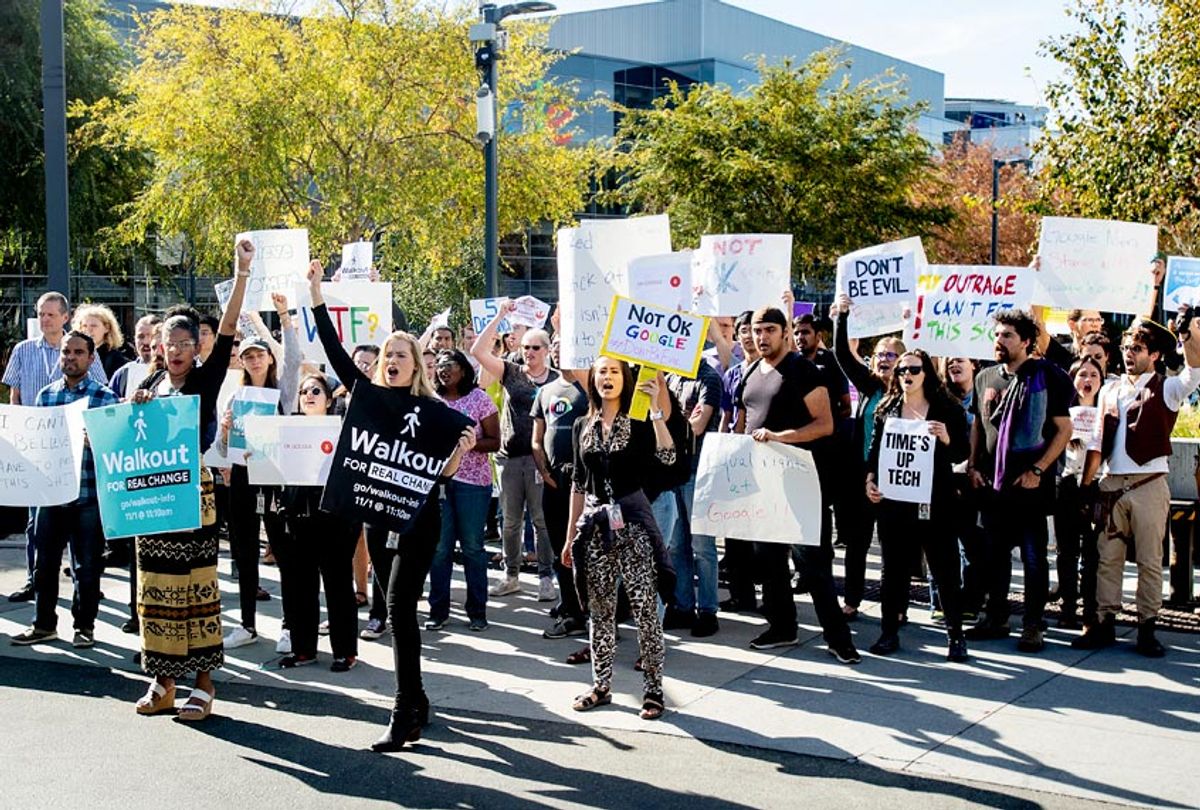 Far from an isolated, easily-patched-over incident, last week's worldwide walkout of Google employees appears to be merely the beginning of a fight between the tech behemoth and its workers. On Thursday, Google announced they were making changes after 20,000 workers worldwide participated in the walkout, which was meant to protest the handling of sexual misconduct allegations by the company. While commendable, some workers say the company's changes aren’t enough.

“We try hard to build a workplace that supports our employees and empowers them to do their best work,” Google CEO Sundar Pichai wrote in a blog post announcing a new comprehensive plan. “As CEO, I take this responsibility very seriously and I’m committed to making the changes we need to improve.”

“Google has never required confidentiality in the arbitration process and arbitration still may be the best path for a number of reasons (e.g. personal privacy) but, we recognize that choice should be up to you,” Pichai wrote.

Organizers of the walkout said in a press release they are happy to see the company take action, but aren’t entirely satisfied with this week’s announcement. Prior to the walkout, the workers publicly released a list of demands that extended beyond implementing safeguards around sexual harassment and assault.

“However, the response ignored several of the core demands — like elevating the diversity officer and employee representation on the board — and troublingly erased those focused on racism, discrimination, and the structural inequity built into the modern day Jim Crow class system that separates ‘full time’ employees from contract workers,” the organizers said in its release. “Contract workers make up more than half of Google’s workforce, and perform essential roles across the company, but receive few of the benefits associated with tech company employment. They are also largely people of color, immigrants, and people from working class backgrounds.”

Organizer Stephanie Parker said of the response in the release: “We demand a truly equitable culture, and Google leadership can achieve this by putting employee representation on the board and giving full rights and protections to contract workers, our most vulnerable workers, many of whom are Black and Brown women.”

In an article in The Cut, the organized penned an op-ed explaining more context into their demands, citing the last two years of heightened activism as a source of their latest movement. This movement, the organizers said, has been building for a while at Google.

“We are a small part of a massive movement that has been growing for a long time,” the organizers wrote. “We are inspired by everyone from the women in fast food who led an action against sexual harassment to the thousands of women in the #metoo movement who have been the beginning of the end for this type of abuse.”

As my colleague Keith A. Spencer wrote previously, a worker solidarity movement within a major tech company like Google has the potential to trigger corporate changes in America that could help rebuild the middle class and reduce income inequality.