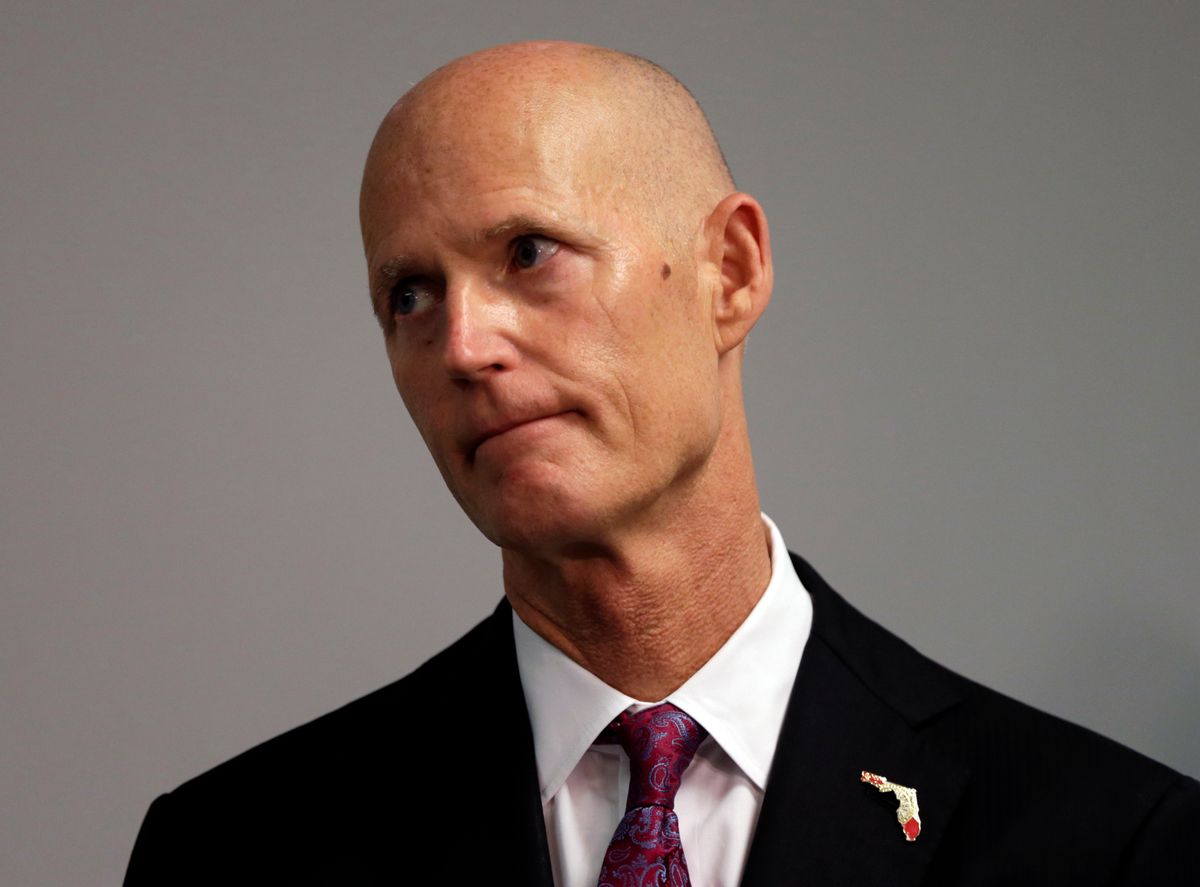 Florida Gov. Rick Scott, who is also the Republican candidate for Florida's U.S. Senate seat, has accused Democrats of trying to “steal” the election and suggested without evidence that there may be voter fraud in two Democratic-leaning counties where votes are still being counted.

Scott, who leads incumbent Democratic Sen. Bill Nelson by about 0.18 percent, or fewer than 15,000 votes out of 8.1 million cast, has filed two lawsuits -- along with the National Republican Senatorial Committee -- against Broward County Elections Supervisor Brenda Snipes and Palm Beach County Elections Supervisor Susan Bucher, accusing them of violating election law. The suits allege that Snipes and Bucher have not been transparent about the vote count.

On Friday, a judge in Palm Beach County ordered Bucher to submit all "under-voted" and "over-voted" absentee ballots to the county's canvassing board for public review. It is unclear how many votes that may affect, or what the possible results could be.

In a news conference Thursday, Scott claimed that supervisors in the two counties had “mysteriously” discovered new votes, and called for the Florida Department of Law Enforcement to “investigate this immediately.”

"We've all seen the incompetence and irregularities in vote tabulations in Broward and Palm Beach for years. Well, here we go again," Scott said, referring to the two counties that were also at the center of the 2000 presidential recount. "I will not sit idly by while unethical liberals try to steal this election from the great people of Florida."

The Department of Law Enforcement said it would launch an investigation in the two counties.

Nelson's campaign rejected the allegations, arguing that they simply wanted every vote to be counted.

"The goal here is to see that all the votes in Florida are counted and counted accurately," Nelson spokesman Dan McLaughlin told CNN. "Rick Scott's action appears to be politically motivated and born out of desperation."

Democratic gubernatorial candidate Andrew Gillum, whose own race may go to a recount as Republican Ron DeSantis' lead shrinks, responded to Scott by pointing out that "counting votes isn't partisan — it's democracy. Count every vote." Gillum conceded his race on Tuesday before learning tens of thousands of votes remained to be counted.

The issue has now reached President Donald Trump's Twitter feed as well. “Law Enforcement is looking into another big corruption scandal having to do with Election Fraud in #Broward and Palm Beach. Florida voted for Rick Scott!” the president tweeted Thursday.

While votes are still being counted in both counties, a key issue in Broward County is a large discrepancy between the number of votes for gubernatorial candidates and Senate candidates. More than 24,000 voters who selected a gubernatorial candidate did not select a Senate candidate on their ballot, which CNN reports may have been due to the ballot's design. It's possible that the machines did not register the votes, or that voters overlooked the race because of its position on the ballot. In Miami-Dade, where the race was toward the top of the ballot, there were more votes cast for Senate candidates than governor candidates. Broward's difference is the largest discrepancy in the state's 67 counties, by 23,000 votes.

As Scott's margin over Nelson has continued to dwindle, so has DeSantis' lead in the governor's race, which is now down to about by about 36,000 votes. Both Broward and Palm Beach counties are heavily Democratic: Nelson and Gillum lead their Republican opponents by nearly 40 percent in Broward, and by about 17 percent in Palm Beach.