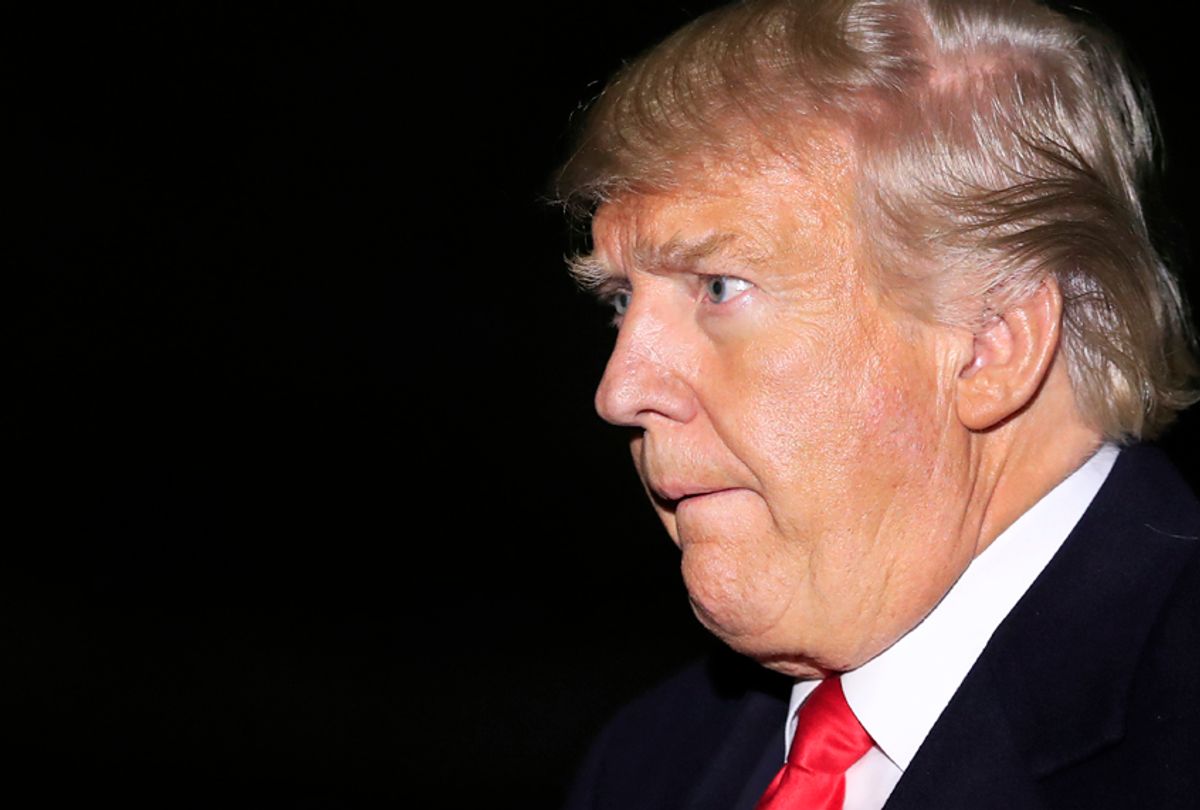 French President Emmanuel Macron denounced President Donald Trump's recent praise for nationalism in a speech for world leaders gathered for Paris for Armistice commemorations... and with Trump himself in ear shot.

"Patriotism is the exact opposite of nationalism: nationalism is a betrayal of patriotism," Macron told the audience, according to Reuters. He elaborated, "By pursuing our own interests first, with no regard to others’, we erase the very thing that a nation holds most precious, that which gives it life and makes it great: its moral values."

Trump did not have an immediate response to Macron's comments, although he did state in a tweet posted around the time of the commemorative event that it was a "beautiful ceremony today in Paris commemorating the end of World War One. Many World leaders in attendance. Thank you to @EmmanuelMacron, President of France! Now off to Suresnes American Cemetery to make speech in honor of our great heroes! Then back to the U.S.A."

In a speech delivered at a Houston rally on Monday, Trump had described himself as a nationalist. After pointing out that "really, we’re not supposed to use that word," Trump doubled down on the controversial term.

The following day, when asked whether he thought it was appropriate to use the term given its association with racist movements, Trump said "I never heard that theory about being a nationalist." He also claimed that he was merely "somebody who loves our country" and essentially repeated his remarks from the Houston rally.

"I am a nationalist. It’s a word that hasn’t been used too much. Some people use it, but I’m very proud. I think it should be brought back," Trump told the White House reporters.

The use of these terms was controversial because "nationalist" has recently been associated with far right regimes like those of Adolf Hitler in Germany, Benito Mussolini in Italy and Francisco Franco in Spain. Meanwhile the term "globalist" has been frequently used as a code word for Jews, with the underlying argument being the anti-Semitic myth that Jews are insufficiently loyal to their countries of origin and instead want to create a "global" community. Despite (or perhaps because of) these associations, Trump has embraced both terms, which were popularized among the far right by publications like Breitbart.