Big midterm lesson: Democrats will need an inspiring candidate to beat Trump in 2020

We know Republicans will turn out in droves for Trump. Democrats need someone who can generate the same passion 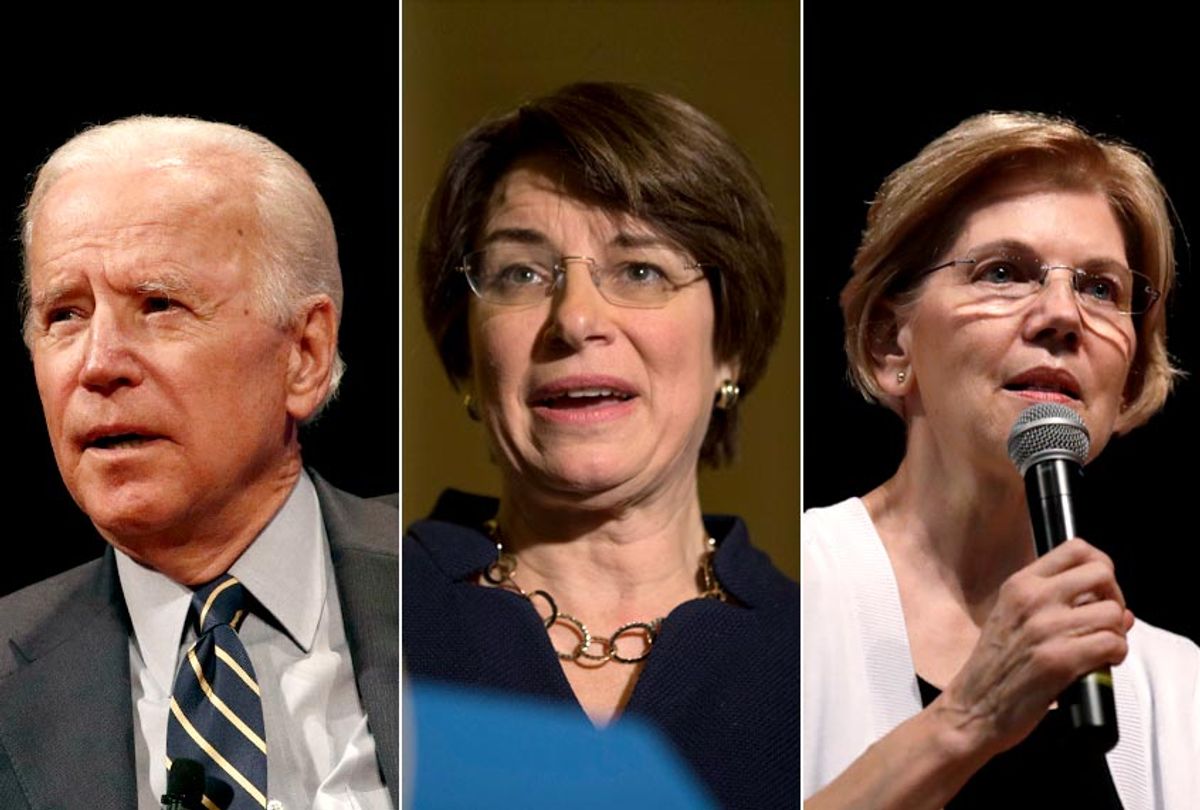 Here's the thing about President Donald Trump's supporters: They aren't a majority, and they aren't growing in number, but they are passionate and loyal. Most important of all, they show up on Election Day.

The midterm elections are simply the latest occasion when this was demonstrated. True, Democrats regained control of the House of Representatives, but they didn't do so by the overwhelming margin that many had hoped to see -- and they may have actually lost seats in the Senate. Turnout in the 2018 midterms was the highest in any similar election since 1966, but that wasn't just Democrats eager to repudiate Trump. Republicans also turned out in unusually high numbers, considering that their party is currently in control of the White House. (Normally, the party that's out of power sees substantially higher turnout in midterm elections). Trump convinced his voters that they needed to go to the polls to protect him, and they did so.

This doesn't mean that Trump and his Republican cohorts are unbeatable in 2020. Democrats have apparently won 35 to 38 seats in the House, after all, and some of those in previously red districts. The president's approval rating has never breached 50 percent since the day he took office. In fact, it has been stuck in the high 30s and low 40s for most of his tenure. Even during the 2016 presidential election, he had to win through a stroke of good luck in the Electoral College, narrowly winning the states of Wisconsin, Michigan and Pennsylvania despite losing the popular vote by two percentage points, or about 2.9 million votes.

It isn't that Trump is exceedingly popular, but rather that the people who support him will clearly stick with their man no matter what and make a point of showing that loyalty where it counts the most. For Democrats to effectively counter this, they have to make sure that their presidential nominee in 2020 —  who will, inevitably, play a crucial role in determining the fate of the down-ballot Democrats running for Senate and House seats, as well as for governorships and state legislatures — is able to inspire turnout on an equally impressive scale.

The challenge, of course, is figuring out exactly what kind of Democrat that will be.

On the one hand, it is important to avoid picking someone bland whose main attribute is being "Not the Other Guy." This was the mistake that Democrats made, at least arguably, when they nominated John Kerry to run against George W. Bush in 2004, and which Republicans repeated when they selected Mitt Romney to run against Barack Obama in 2012. It isn't enough for a candidate to simply be better, in the eyes of devoted partisans, than the alternative; he or she must also be someone that millions of people who aren't diehards will be eager to support.

On the other hand, this doesn't necessarily mean that the candidate should be an ideological stalwart. It's true that Bernie Sanders was able to inspire millions of people with his primary campaign against Clinton in 2016, but it is also quite possible that he would have turned off independent and undecided voters in a general election once his views became more widely known and Republican attack ads kicked in. (Even though Sanders outperformed Clinton in hypothetical matchups against Trump, it is unclear how much voters actually knew about his positions.)

Tempting as it is to succumb to the siren song of "charisma," that's not always the answer either. It worked for Barack Obama, but many of this year's most charismatic Democratic candidates — including Senate candidate Beto O'Rourke in Texas and gubernatorial candidate Andrew Gillum in Florida — went down to defeat. (Gillum has retracted his Florida concession pending a recount, but recounts rarely change electoral results, even when they are agonizingly close.)

So what kind of candidate do Democrats need? A clue can be found in the most recent survey of Democrats and Democratic-leaning independents, which revealed that 33 percent of those potential voters want Joe Biden, the former vice president, to be the presidential nominee in 2020. To put that in perspective, the three runners-up were Sanders at 13 percent, Sen. Kamala Harris of California at 9 percent and Sen. Elizabeth Warren of Massachusetts at 8 percent. Their combined total is still less than what Biden received on his own.

Part of that, no doubt, is because Biden's name is more widely recognized, but I suspect it also has to do with Biden's image. He is perceived as a likable straight-shooter who means well and cares about ordinary voters. For liberals, he benefits from his association with a beloved former president; for moderates, he is able to present progressive ideas in a non-threatening way. Because he was born in Pennsylvania and spent his political career in Delaware, he can plausibly present himself as a man that can relate to rural, blue collar and Rust Belt voters. Yet he doesn't scare away too many of the leftists whose first preference might be a more progressive candidate like Sanders or Warren.

Does this mean that Biden should be the nominee? Not necessarily. At a time when millions of Americans crave an outsider, Biden's 36 years in the Senate and eight years as vice president could be held against him. It is also concerning that he would be 78 years old if inaugurated on Jan. 20, 2021 — making him the oldest president in history from the moment he took office.

That said, Democrats can pick a nominee who has the best of what Biden can offer without being Biden himself. They need a nominee who, like Trump, appears to be a blunt truth-teller who speaks his mind and heart. (That isn't true of Trump, of course, but it is widely perceived as being true). The candidate must be able to advocate for progressive policies on issues like health care, environmental protection, the economy and protecting minorities in a way that enthuses the Democratic base without alienating independents and moderates. He or she must be able to appeal to the voters in the so-called flyover states, either because they hail from them -- like Sen. Amy Klobuchar of Minnesota or Gov. Steve Bullock of Montana -- or because they appeal to them naturally, like Biden himself.

Finally, the candidate must hold Trump's feet to the fire on the issues where he is weakest — such as his unethical conduct in office, his inflammatory rhetoric, his policies that persecute the poor and various racial and religious minority groups — without making it seem like all they have to offer is the benefit of not being Trump.

If the Democrats can find that candidate, the results of the 2018 midterms reveal that they have a realistic path to victory in 2020. If they can't or don't find that person, then it's likely that once again not quite enough Democrats will bother to vote (or at least not in the right places), and America will be afflicted with four more years of Donald Trump.