Inside the "soy boy" conspiracy theory: It combines misogyny and the warped world of pseudosciece 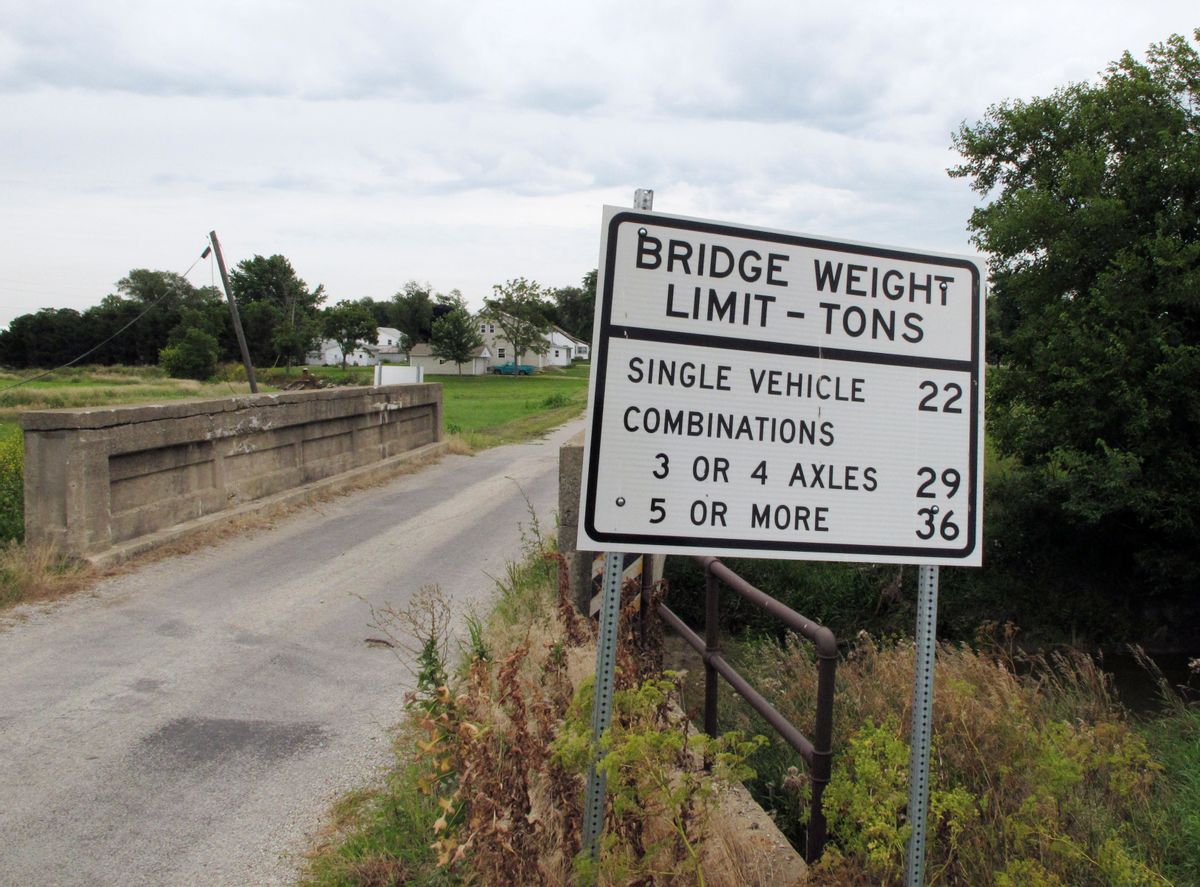 In this July 25, 2014 photo, the owner of Stockland Grain Co. in Stockland, Ill., says this small bridge just west of town is widely used by farmers trying to reach the company's elevator. But the little bridge won't handle fully loaded trucks, forcing farmers to make extra trips and spend extra money. The trade groups that represent soybean farmers say bridges like this all across the country need improvement and they're hoping a campaign to focus attention on this critical piece of the transportation infrastructure they rely on will pay off with better bridges and a better understanding among government decision-makers of their importance to farmers. (AP Photo/David Mercer) (AP)
--

Nutritionists have had many debates about the health benefits of soy products; some are very pro-soy, others are critical of it. Their debates are scientific in nature, but on the alt-right, soy is being discussed in stridently political terms—and one of the leading alt-right conspiracy theories is the “soy boy” conspiracy, which claims that soy products are a vast left-wing conspiracy designed to emasculate men and turn their bodies estrogenic.

The alt-right has an abundance of vocabulary that one doesn’t find in more traditional conservatism. In 2018, the term “soy boy” is as common on the alt-right as “cuckservative” (right-wingers who aren’t right-wing enough) and “snowflake” (a hypersensitive liberal or progressive). “Soy boy” isn’t a term that one typically encounters in more traditional conservative outlets like the National Review and the Weekly Standard, but alt-right outlets — from Alex Jones’ Infowars to the misogynist Return of Kings website—have been a frequent source of anti-soy conspiracy theories.

Jones has long been promoting conspiracy theories involving government operatives and “The New World Order” using products to turn male bodies estrogenic. In 2013, Jones argued that juice boxes were feminizing male children, declaring, “After you’re done drinking your little juices, you’re ready to go out and have a baby. You’re ready to put makeup on. You’re ready to wear a short skirt….You’re ready to put lipstick on.”

Watson asked, “What is it about soy that turns men into such spineless wimps? Soybeans contain high amounts of phytoestrogens: organic compounds that mimic the female hormone estrogen in the human body. This reduces testosterone and lowers male sperm count.”

Watson elaborated, “Men with high estrogen take on feminine traits. They find it harder to handle stress. They become less assertive. They become low-energy. Their voices get higher, their genitals shrink.”

According to Watson’s video, “environmental estrogens” are causing males to develop female-like breasts—and one of the most prominent “environmental estrogens” is soy. The use of soy baby formulas, Watson said, suggests that “rather than people with already preexisting left-wing beliefs being attracted to vegan-style tofu soy diets, we’re actually creating an army of soy boys from birth.”

Alt-right blogger Mike Cernovich is not only a leading proponent of the bizarre Pizzagate conspiracy theory, which in 2016, claimed that Democratic presidential candidate Hillary Clinton was running a child sex ring in a Washington, DC pizzeria—he is also a strident critic of soy products, arguing that there is a correlation between liberal and progressive beliefs and use of soy products. And “soy boy” is one of his favorite insults.

Roosh Valizadeh’s misogynist Return of Kings website has also been the source of numerous anti-soy diatribes, and on April 1, 2018, Valizadeh devoted an entire article to “soy face”—an open-mouth smile the alt-right believes is specific to “soy boys.” Valizadeh wrote, “There is no doubt that decreasing testosterone levels among American men are causing them to behave in childish and feminine ways. This is most clearly displayed in the ‘soy boy face’ pose that combines the feelings of excitement and fear.”

In one on his anti-soy videos, Watson focused on “soy face” exclusively—arguing that because “soy boys” have lower testosterone, it shows in their facial expressions. Watson declared, “Look a little closer and see what soy face truly represents: weakness and fear….The globalist chemical warfare program to make men effeminate so they vote more like women and generally vote for left-wing policies and big government is still in full swing. But now that the testosterone-decimating effects of soy and plastics are being exposed, the reign of the soy boys is coming to an end.”

Health-related websites will continue to debate the merits of soy products, doing so in a non-political way. But to the alt-right’s conspiracy buffs, the use of soy is very much a political issue—and nothing says “giant left-wing conspiracy” like the abundance of mythical “soy boys.”