How much have taxpayers spent to protect members of Trump family while they travel to promote the family's brand? 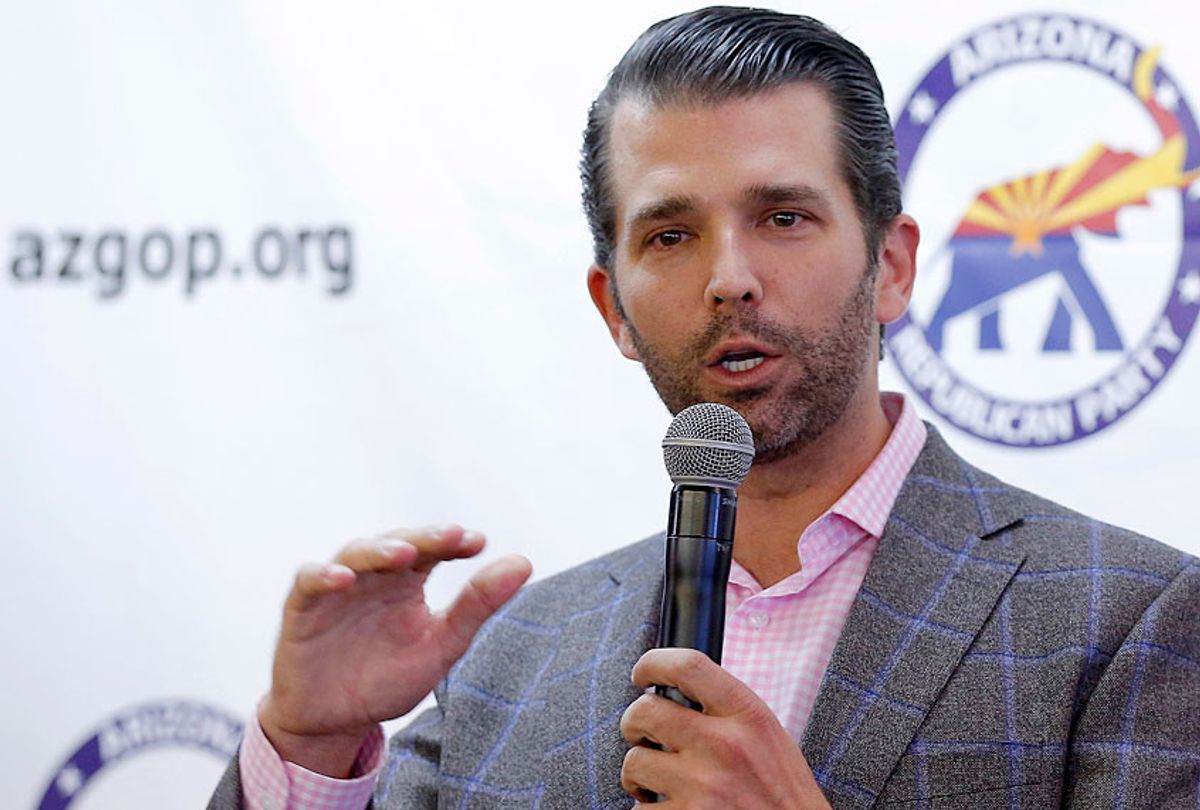 Donald Trump Jr.'s trip to India to sell his family's various real estate projects in that country cost U.S. taxpayers nearly $100,000, according to a Thursday report from The Washington Post.

Documents obtained by The Post through the Freedom of Information Act revealed that President Donald Trump's eldest son's trip cost more than $97,805 for hotel rooms, airfare, car rental and overtime for Secret Service agents across the weeklong trip in February.

Trump Jr. is the executive vice president of the Trump Organization — the family's real estate company that the president still owns. The president stepped away from his business once he entered the White House and his sons, Trump Jr. and Eric Trump, now run the company.

The Post noted that, while the Secret Service is authorized by law to protect the president and his immediate family, it did not indicate whether the cost of protecting Trump Jr. was unusual when it comes to protecting members of presidential families abroad. Democrats and watchdog groups, however, have criticized how much U.S. taxpayers have spent to protect members of the Trump family while they travel overseas to promote the family's business interests. Both Trump Jr. and Eric Trump have traveled often to publicize the Trump brand, including to Dubai and Vancouver.

It was revealed in July that Trump Jr. and Eric Trump cost taxpayers $250,000 in one month of travel. The president's two sons spent that money on airfare, hotel rooms and other expenses when they traveled to the United Arab Emirates to open a golf resort last year.

Jordan Libowitz, the communications director for the watchdog group Citizens for Responsibility and Ethics in Washington, told The Post that, because the president has established a "blind trust" as his predecessors have done, he still "effectively controls" his multi-billion dollar real estate empire while in the Oval Office and benefits from his children's travels.

The Post points out that the Trump family is likely to come under stricter scrutiny when Democrats assume control of the House of Representatives in January. Rep. Elijah E. Cummings (D-Md.), the top Democrat on the House Oversight Committee who has repeatedly criticized the strain the president's large family has placed on the Secret Service's budget, is expected to head the committee in January.

Democrats started investigating the costs of Trump's family travel last year, although they are waiting for the results of two reporters from the Government Accountability Office, the House oversight committee told The Post. The managing director of public affairs for the GAO, Chuck Young, told the newspaper that a study on the Trump family's travel should be released in mid-December, but it will only include travel in 2017. Thus, Trump Jr.'s India trip will not be included.