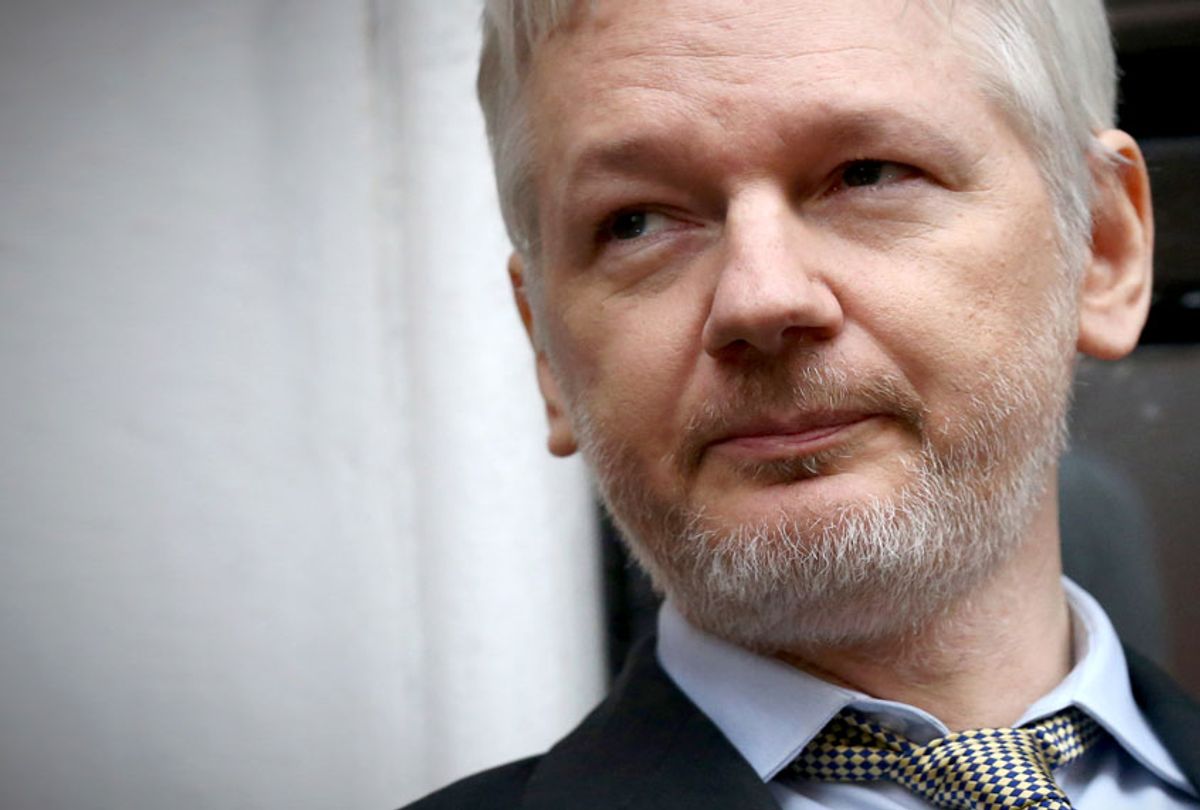 WikiLeaks founder Julian Assange has been charged by federal prosecutors, The Washington Post reported Thursday night, citing the inadvertent court disclosure and people familiar with the matter. The newspaper reported that the development appears to be connected to special counsel Robert Mueller's investigation into Russian interference in the 2016 election.

The charges were disclosed in a filing in an unrelated case to Assange. The Post reports that Assistant U.S. Attorney Kellen S. Dwyer asked a judge to keep the charges sealed "due to the sophistication of the defendant and the publicity surrounding the case, no other procedure is likely to keep confidential the fact that Assange has been charged." Later, Dwyer wrote the charges would "need to remain sealed until Assange is arrested."

People familiar with the case say Dwyer, who is also assigned to the WikiLeaks case, said what he disclosed was true, but unintentional.

A spokesman for the U.S. attorney's office in the Eastern District of Virginia told the Post that "the court filing was made in error. That was not the intended name for this filing."

WikiLeaks tweeted the filing on Thursday shortly after it was discovered by Seamus Hughes, deputy director of the program on extremism at George Washington University, according to CNN.

"US Department of Justice 'accidentally' reveals existence of sealed charges (or a draft for them) against WikiLeaks' publisher Julian Assange in apparent cut-and-paste error in an unrelated case also at the Eastern District of Virginia," WikiLeaks tweeted.

Barry Pollack, an attorney for Assange in the U.S., told CNN that "the news that criminal charges have apparently been filed against Mr. Assange is even more troubling than the haphazard manner, in which that information has been revealed. The government bringing criminal charges against someone for publishing truthful information is a dangerous path for a democracy to take."

Assange has been under investigation by the Justice Department since 2010 after WikiLeaks released thousands of classified documents on the war in Afghanistan that were stolen by a former U.S. Army Intelligence analyst now known as Chelsea Manning. In addition, the FBI has said WikiLeaks posted thousands of emails stolen from Democrats by Russian agents during the 2016 presidential election, which has been a focus of Mueller's probe into possible collusion between Trump campaign associates and Russia.

Ecuador granted Assange asylum in 2012, and he has been living in that country's embassy in London ever since. Ecuadorian President Lenin Moreno, who was elected last year, has pledged that he would not turn Assange over to any country that has the death penalty. Last month, however, Assange accused the Ecuadorian government of attempting to end his asylum because of new rules the embassy imposed on him, which require him to pay for medical bills and phone calls, stay away from commenting on political issues online and clean up after his pet cat.

Staff at the Ecuadorian embassy has also reportedly complained of Assange "riding a skateboard in the halls, of playing soccer on the grounds and behaving aggressively with security personnel."

In addition to the charges potentially pending against Assange in the U.S., there is also an arrest warrant for Assange in the United Kingdom that followed allegations that he sexually molested one woman and raped another in August 2010. Assange has maintained his innocence in connection to the sex abuse allegations and cast it as a ploy for his eventual extradition to the U.S.