SNL takes a jab at the rivalry between Trump and Bezos, as well as Fox News' attempts to spin away the Blue Wave 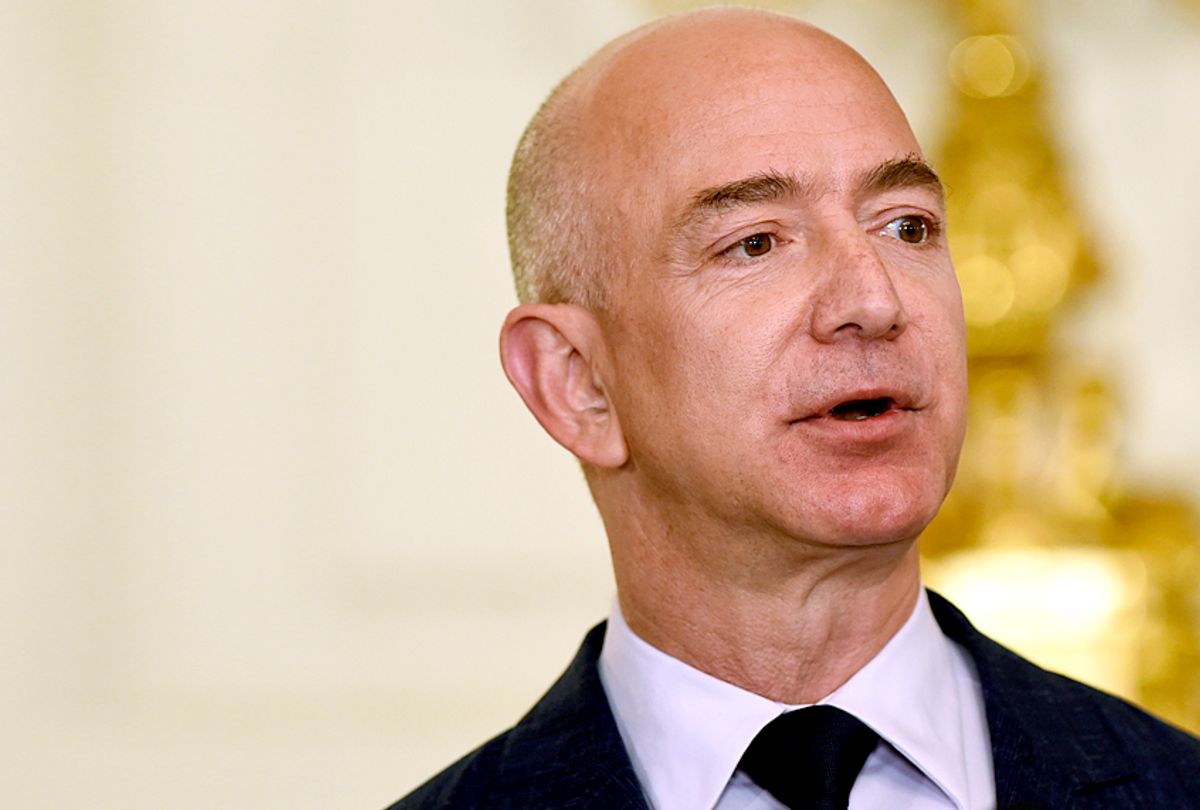 The sketch opened with the studio audience cheering at the sight of Carell in a distinctly Bezos-ian bald cap. After describing how he had opened two new company offices in New York City and northern Virginia, and that there were rumors he had done so because he was "trolling" Trump, Carell's Bezos unconvincingly insisted that he wasn't going after Trump while referencing the numerous tweets posted by the president attacking him. Carell's Bezos passive aggressively mentioned that he was literally 100 times richer than Trump, set up another office near Trump's Mar-a-Lago estate and created a new service called Amazon Caravan that would only employ Mexican and Honduran immigrants. The Bezos parody also told his customers that they wouldn't have to pay for the shipping unless it was a copy of "The Art of the Deal," which Carell's Bezos said would be heavier because it was the only book "with four Chapter 11s."

Carell's Bezos also unveiled a new drone that would look less scary and impersonal by containing human hair, which at "random" happened to look like Trump's distinctive hairdo. As Carell's Bezos put it, "I just wanted something that looked so silly that everybody knew it was fake. And that the drone should just give up and shave its head like a real man would."

The skit closed with Carell's Bezos bragging about having purchased the former crown jewel of Fred Trump's real estate empire to turn it into public urinals and about wanting his employees to be able to pay their respects to the veterans at Arlington National Cemetery, even when it's raining.

Although Bezos has criticized Trump on a number of policy issues, he has been criticized for forcing his workers to endure grueling conditions even as he has become the richest man alive. And although Amazon's market value recently topped $1 trillion, Bezos has been comparatively stingy when it comes to donating his wealth, a quality that he shares with the equally miserly Trump, whose own claims of generous charitable donations have been called into question.

For its cold open, "Saturday Night Live" did a skit in which Kate McKinnon played Fox News host Laura Ingraham, who was cooking up conspiracy theories to explain Democratic victories during the 2018 midterm elections.

"Some have claimed that suburban women revolted against the Republican Party — but doesn’t it feel more true that all Hispanics voted twice? You can’t dismiss that idea simply because it isn’t true and sounds insane," McKinnon's Ingraham told her viewers. Other "feel facts" included that "Santa is Jesus's dad," "If the Earth is so warm, then why are my feet cold?" and "blackface is a compliment." The segment also included Cecily Strong as Judge Jeanine Pirro showing a picture of Tyler Perry's Madea character as proof that black people were voting more than once and insisting that there was a "huge increase in what people call stacking, where multiple children will stack on top of each other, under a trench coat and then vote as an adult."

Later in the cold open, Leslie Jones played Ohio Rep. Marcia Fudge, who is considering a challenge to California Rep. Nancy Pelosi for Speaker of the House; Jones' Fudge mostly made jokes about Pelosi's age. The cold open closed with a reference to the self-proclaimed "vape god" who appeared on Ingraham's program last week.