Trump tells California that they could have prevented wildfire with raking

The president visited California and blamed their wildfires on, among other things, a lack of raking 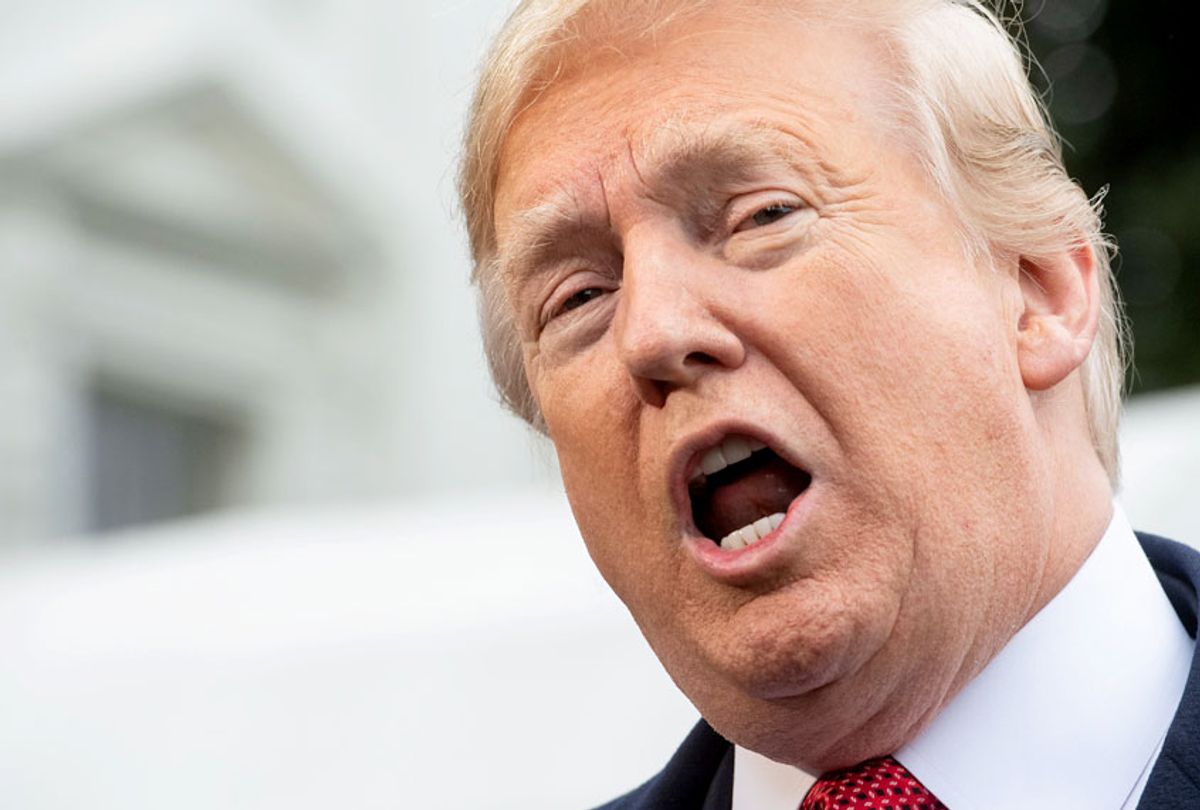 President Donald Trump visited the California community of Paradise on Saturday to express empathy for the citizens victimized by one of the worst American wildfires in recorded history — and yet still managed to insult the devastated state.

"Right now, we want to take care of the people who have been so badly hurt. This is very sad to see. As far as the lives are concerned, nobody knows quite yet," Trump said during his trip, according to USA Today. So far 76 people have been reported killed as a result of the wildfire and 1,276 people are unaccounted for.

Trump also made a controversial remark during the Saturday visit, one in which he implied that a lack of raking was among the factors contributing to the wildfires that have wreaked havoc on the state.

"We’ve gotta take care of the floors, you know, the floors of the forest," Trump said. "It’s very important. You look at other countries where they do it differently and it’s a whole different story. I was with the president of Finland and he said, ‘We’re a forest nation.’ He called it a forest nation. And they spend a lot of time on raking and cleaning and doing things. And they don’t have any problem. And when it is, it’s a very small problem."

A number of prominent Americans skewered Trump on Twitter for making that statement.

"Trump blames the CA fires on the under-raking of leaves," posted actor George Takei. "I don't have a further comment, because really nothing is going to beat that on its own."

"Donald Trump is so stupid he actually thinks that people not raking leaves is the cause of wildfires in California," posted reporter James Kosur. "I didn’t realize someone’s IQ could fall into the negatives."

Conservative commentator Bill Kristol held a poll that quoted Trump and then asked, "Should we laugh, cry, mock or impeach?" As of this writing, more than half of the 16,000 plus who have voted have chosen "impeach."

The president's comments seemingly blaming California for its wildfires were reminiscent of a controversy from last weekend. On that occasion Trump tweeted, "There is no reason for these massive, deadly and costly forest fires in California except that forest management is so poor. Billions of dollars are given each year, with so many lives lost, all because of gross mismanagement of the forests. Remedy now, or no more Fed payments!"

He later followed up with a tweet saying, "With proper Forest Management, we can stop the devastation constantly going on in California. Get Smart!"