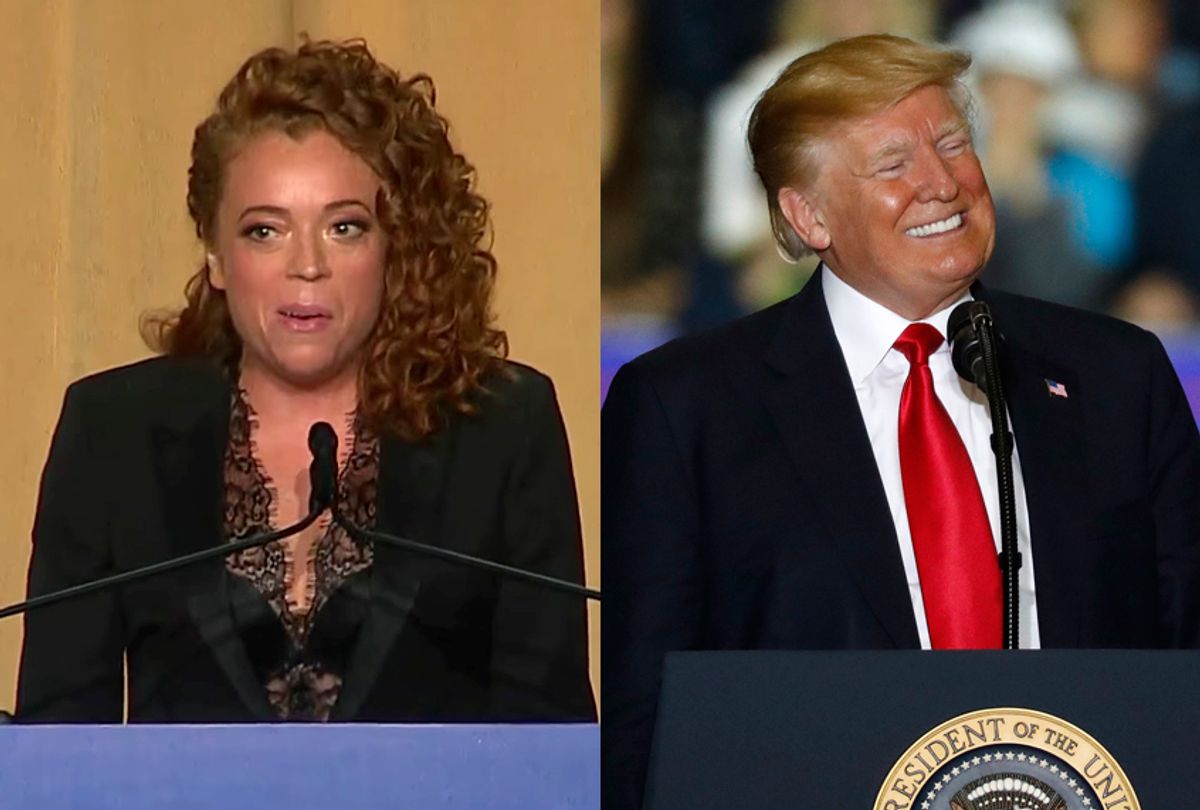 "The @whca are cowards. The media is complicit. And I couldn't be prouder," Wolf wrote on Twitter on Monday.

Wolf's statement included a link to the WHCA's official statement announcing that Ron Chernow, who is perhaps best known as the author of an Alexander Hamilton biography that was later adapted into an acclaimed Broadway musical, would be speaking at the 2019 event. Chernow's most recent book, a biography of President Ulysses S. Grant, was a bestseller for four months in 2017 and is being adapted into a movie by Steven Spielberg.

"I’m delighted that Ron will share his lively, deeply researched perspectives on American politics and history at the 2019 White House Correspondents’ Dinner. As we celebrate the importance of a free and independent news media to the health of the republic, I look forward to hearing Ron place this unusual moment in the context of American history," Olivier Knox, Chief Washington Correspondent for SiriusXM and president of the WHCA, said in the statement.

Chernow himself expressed gratitude at having been selected — and seemed to acknowledge that there would be a great burden on him to do more than simply discuss scholarly issues.

"The White House Correspondents’ Association has asked me to make the case for the First Amendment and I am happy to oblige. Freedom of the press is always a timely subject and this seems like the perfect moment to go back to basics. My major worry these days is that we Americans will forget who we are as a people and historians should serve as our chief custodians in preserving that rich storehouse of memory. While I have never been mistaken for a stand-up comedian, I promise that my history lesson won’t be dry," Chernow said in the WHCA announcement.

Wolf incurred controversy at the last dinner event with her jokes about White House Press Secretary Sarah Huckabee Sanders and Counselor to the President Kellyanne Conway. About Sanders, Wolf joked that she looked like the villain Aunt Lydia in "The Handmaid's Tale" and said that Sanders "burns facts and then she uses that ash to create a perfect smokey eye. Like maybe she’s born with it, maybe it’s lies." Her punchline was then, "It’s probably lies."

About Conway, Wolf made a pun about her last name, claiming that the former campaign manager "has the perfect last name for what she does: Conway. It’s like if my name was Michelle Jokes Frizzy Hair Small Tits." She also urged news networks not to invite Conway onto their shows, saying that "if you don’t give her a platform, she has nowhere to lie. It’s like that old saying: If a tree falls in the woods, how do we get Kellyanne under that tree? I’m not suggesting she gets hurt. Just stuck."