Time for Medicare for all 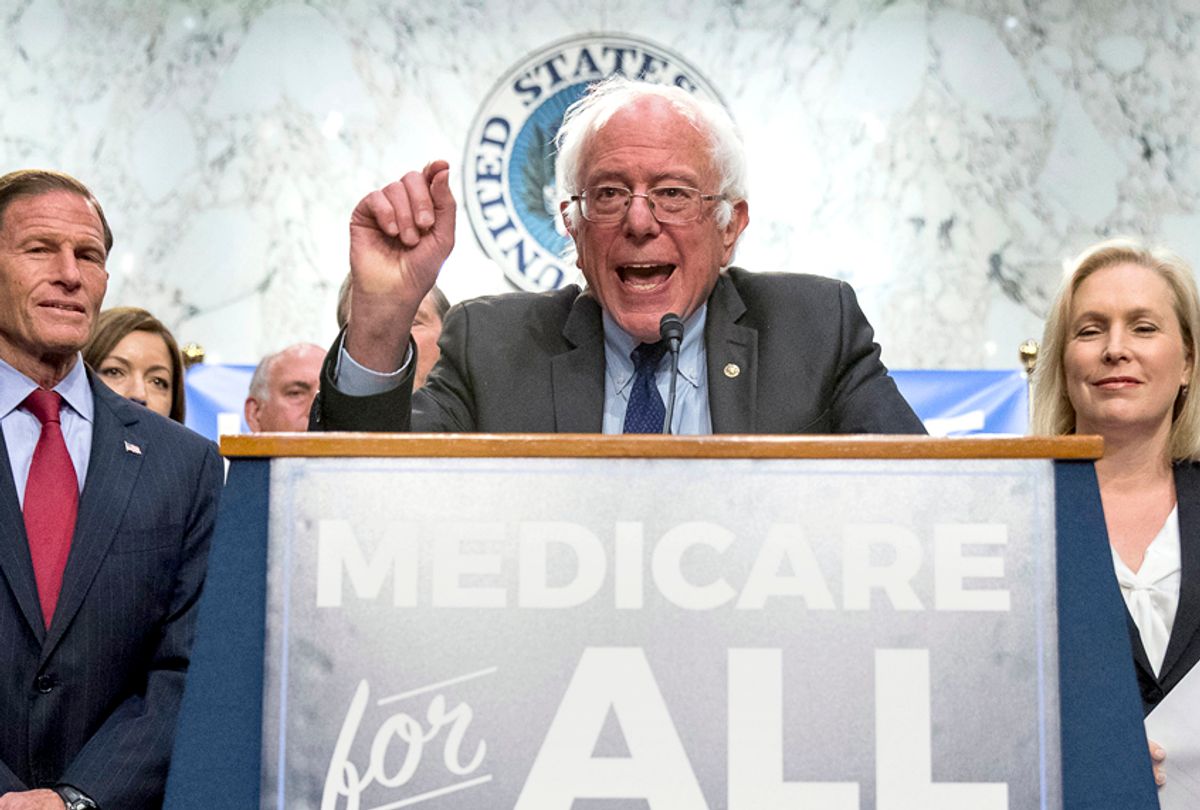 In the midterm elections, most Democrats who were elected or reelected to the House supported Medicare for All.

As Trump and Republicans in Congress try to undermine the Affordable Care Act and raise the costs of health care, the American people continue to push back.

Over 70% of Americans – and even 52% of Republicans – now support Medicare for All, a single-payer plan that builds on Medicare and would cover everyone at far lower cost than the current system.

Here are the facts:

Medicare for All is the cheapest and best direction for the country. Private for-profit insurers spend a fortune trying to attract healthy people while avoiding sick people, filling out paperwork from hospitals and providers, paying top executives, and rewarding shareholders.

And for-profit insurers are trying to merge like mad, in order to make even more money. This is why private for-profit health insurance is becoming so expensive, and why almost every other advanced nation–including our neighbor to the north–has adopted a single-payer system at less cost per person and with better health outcomes.

Administering Medicare is only 1.1 percent of its total costs; the rest goes directly into care. Even including Medicare Advantage, which involves private plans, total administrative costs are just 7 percent.

Medicare saves so much money for three simple reasons:

Second, Medicare spends almost nothing on marketing and advertising, while for-profit insurers spend a fortune.

Most Americans support expanding access to quality, affordable care through Medicare for All. Yet Trump and the Republicans continue to try to gut the Affordable Care Act and take away care from tens of millions.

Medicare Medicare For All Robert Reich