Anti-Pelosi Democrats face their own revolt 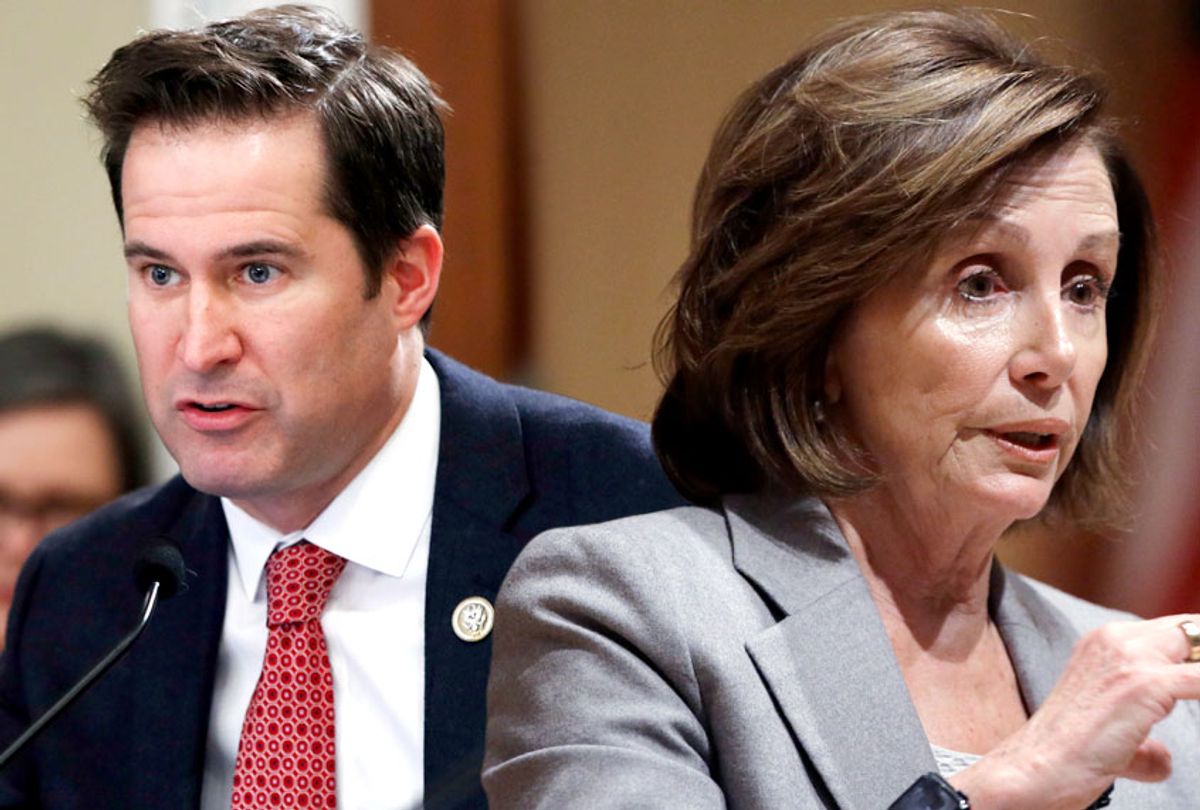 "At a time when Democrats need to be united in order to save our democracy, we are dismayed to see our congressional representative leading a divisive campaign to undermine Nancy Pelosi’s bid to become Speaker of the House. The American people sent a clear message at the midterm elections that we want women and people of color to lead us. We do not want Seth Moulton’s group comprised mainly of white male centrists to select the next Speaker of the House," explained a press release written up by two of the protesters, Bambi Snodgrass and Isa Leshko, according to the Salem News. The protests occurred at the Amesbury Town Hall in the Massachusetts town of Amesbury.

Politico described the protests in a report from Monday:

Dozens among the 150 people crowded into the Amesbury Town Hall pushed back against Moulton’s comments. Several shouted “no” when he said, “The majority of Democrats want this change.” Some protesters held signs that were green on one side and red on the other. When Moulton or another attendee said something they didn’t like, the protesters held up the red signs to signal disagreement.

The hourlong question-and-answer session rarely strayed from the speakership question. Constituents pressed Moulton on his plan for who should replace Pelosi as party chief in the House, while a few thanked him for calling for change.

After the town hall protests, Moulton told reporters that "this election was a call for change. I think if our party answers that call, that call for change with the amazing victories we had across this country, by just saying we’re going to reinstall the same status quo leadership we’ve had since 2006, for over 10 years, I don’t think we’re answering the call of the American people."

Meanwhile, The Boston Herald published an editorial on Tuesday which cast Moulton's effort to oust Pelosi and replace her with a different Democrat (Ohio Rep. Marcia Fudge is a frequently mentioned name) as a flailing effort that continues to lose steam.

Seth Moulton’s much-anticipated letter signed by fellow Democratic opponents of Nancy Pelosi’s bid for House speaker turned out to be more of a warning shot than a fatal hit.

While the letter represents an obstacle to Pelosi’s candidacy, it is by no means a death knell. Last week Pelosi opponents claimed to be at least 20-30 strong, which means the insurgency against her is at best losing steam.

For her part, Pelosi and her allies are warning insurgent Democrats they could face a splinter in their caucus like the fracture that's crippled House Republicans.

“I’ll ask everybody to take a look at the so-called Freedom Caucus and see where they got the Republican Party,” Assistant Democratic Leader James E. Clyburn, D-S.C., recently remarked. “I think they’re the ones that got them into the shape they’re in now.”