Democrats target Ivanka Trump for investigation over private email use 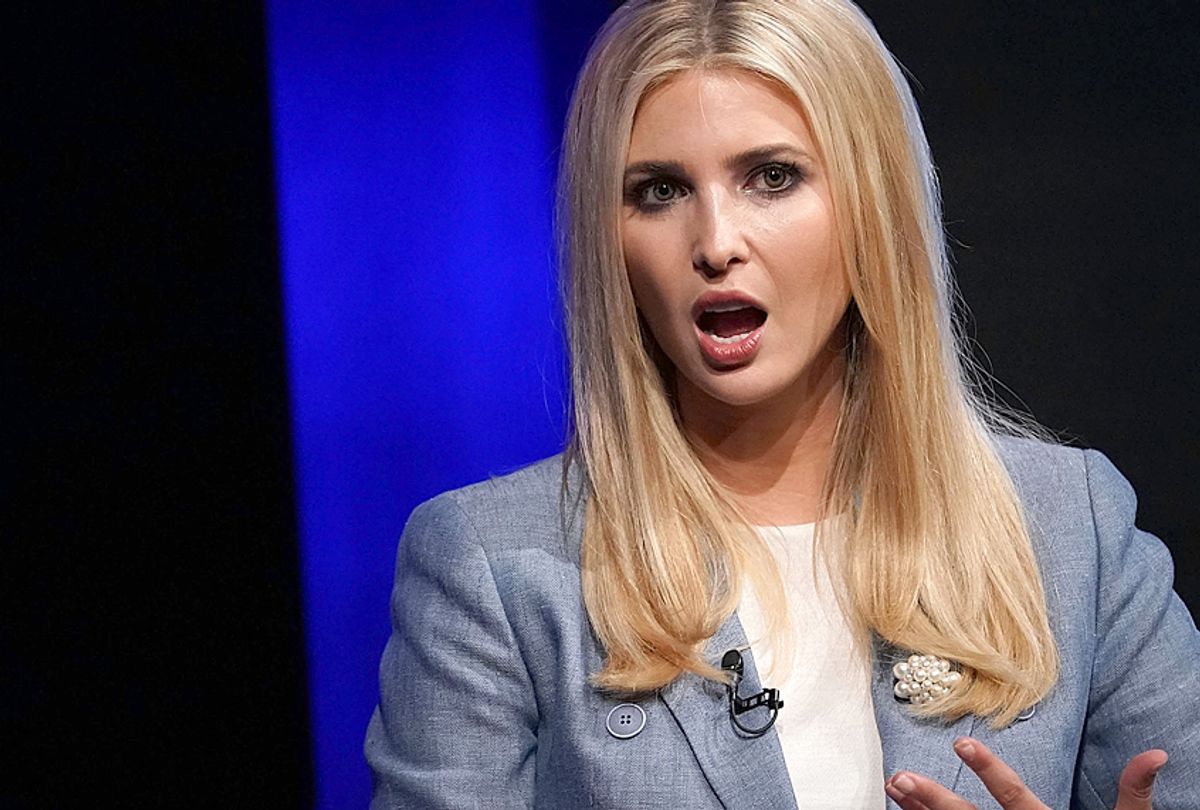 Ivanka Trump has pulled a Hillary Clinton — that is, she has used a private email account to conduct official White House business.

Trump's eldest daughter, and top White House advisor, sent hundreds of emails with her personal account to other White House aides, Cabinet officials and personal assistants throughout much of 2017, according to The Washington Post. The report claims that Trump insisted she was unaware of the details of some of the rules regulating government email use, which requires that certain types of emails be sent through government servers for record-keeping purposes.

"While transitioning into government, after she was given an official account but until the White House provided her the same guidance they had given others who started before she did, Ms. Trump sometimes used her personal account, almost always for logistics and scheduling concerning her family," Peter Mirijanian, a spokesman for Ivanka Trump’s attorney and ethics counsel Abbe Lowell, told the Post in a statement.

Mirijanian also told the Post that, unlike Clinton, "Ms. Trump did not create a private server in her house or office, no classified information was ever included, the account was never transferred at Trump Organization, and no emails were ever deleted." It is also true that Clinton relied entirely on her private email server for her government work as secretary of state, with the FBI later determining that 110 of those emails contained classified information at the time they were sent or received. The Post also elaborated on an example of how Trump used her private email account to conduct government business after March 30, 2017, when she joined the White House.

In April 2017, she used her personal email to write to Treasury Secretary Steven Mnuchin’s chief of staff, Eli Miller, suggesting that he connect with her chief of staff, Julie Radford. The email chain, obtained by American Oversight, was copied to Radford’s government account.

“It would be great if you both could connect next week to discuss [redacted],” she wrote. “We would love your feedback and input as we structure.”

Still, Democrats on the House Oversight and Government Reform Committee, who will take back control from Republicans in January, plan to investigate Trump’s use of a personal email account to determine whether she violated federal law.

Trump's husband and fellow White House adviser, Jared Kushner, was also caught using private email for government business in September 2017, according to Politico. At the time, Lowell defended him by saying that "Mr. Kushner uses his White House email address to conduct White House business. Fewer than 100 emails from January through August were either sent to or returned by Mr. Kushner to colleagues in the White House from his personal email account. These usually forwarded news articles or political commentary and most often occurred when someone initiated the exchange by sending an email to his personal rather than his White House address."

President Donald Trump focused on Clinton's private email server during the 2016 campaign, sending out tweets with messages like "How can Hillary run the economy when she can't even send emails without putting entire nation at risk?" and "Look at the way Crooked Hillary is handling the e-mail case and the total mess she is in. She is unfit to be president. Bad judgement!"