One day before Thanksgiving, Roberts said an "independent judiciary is something we should all be thankful for" 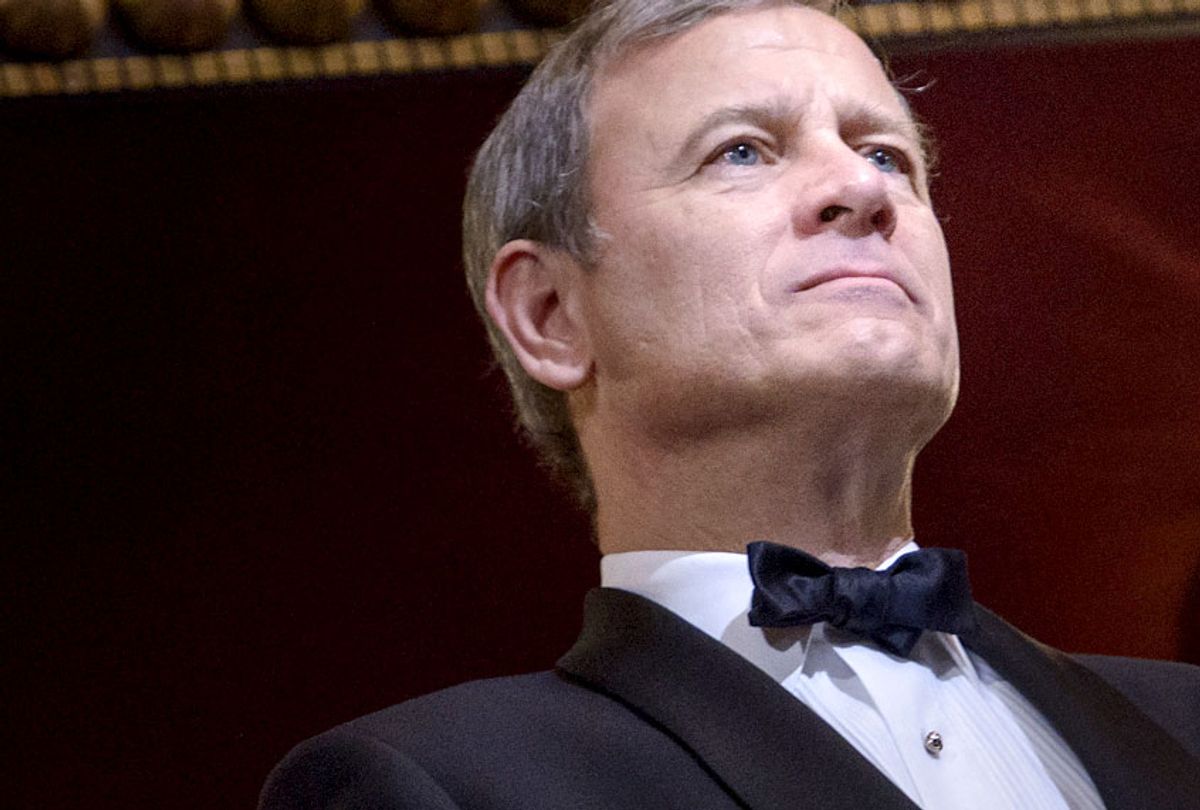 In a rare break with Supreme Court precedent, Chief Justice John Roberts on Wednesday pushed back against President Donald Trump after the commander-in-chief criticized a federal judge who ruled against his travel ban an "Obama judge."

Roberts said that the U.S. does not have "Obama judges or Trump judges, Bush judges or Clinton judges."

"What we have is an extraordinary group of dedicated judges doing their level best to do equal right to those appearing before them," Roberts also said in the statement in response to an inquiry from the Associated Press.

In his biting statement, which came on the day before the Thanksgiving holiday, Roberts added that an "independent judiciary is something we should all be thankful for."

Roberts' statements marks the first time the Republican-appointed leader of the Supreme Court has publicly criticized Trump, who during the 2016 presidential campaign excoriated Roberts for his decision to preserve former President Barack Obama's landmark healthcare reform law, the Affordable Care Act, in 2012.

This is not the first time that Trump has railed against a federal judge who has ruled against him. Last year, the sitting president questioned the impartiality of a federal judge with Mexican heritage, who was overseeing a fraud lawsuit against Trump University, because of his proposal to build a wall along the U.S.-Mexico border.

The president's latest attack on a federal judge comes as the Supreme Court is embroiled in controversy over Associate Justice Brett Kavanaugh's appointment to the nation's highest court. Several conservative lawyers have alleged that Trump's attacks on the judiciary undermine judicial independence and have further warned that the court's legitimacy could diminish if it is viewed as a political institution that is divided between five conservative and four liberal judges.

Trump on Tuesday called the Ninth Circuit Court of Appeals a "disgrace" just hours after U.S. District Judge Jon Tigar in San Francisco temporarily blocked his administration from refusing asylum to migrants who crossed the southern border illegally if they do not arrive at a point of entry. The president then complained that his political adversaries typically file lawsuits in the Ninth Circuit, which he contended is liberal-leaning.

"Every case that gets filed in the Ninth Circuit, we get beaten, and then we end up having to go to the Supreme Court, like the travel ban, and we won," Trump said.

"This was an Obama judge, and I'll tell you what, it's not going to happen like this anymore," he continued. "Everybody that wants to sue the U.S. — almost — they file their case in the Ninth Circuit, and it means an automatic loss. No matter what you do, no matter how good your case is. And the Ninth Circuit is really something we have to take a look at, because it's not fair."

"People should not be allowed to immediately run to this very friendly circuit and file their case," Trump added. "It's a disgrace, in my opinion, what happens with the Ninth Circuit. We will win that case in the Supreme Court of the United States."