Brett Kavanaugh confirmed as Supreme Court justice, will be sworn in tonight

Kavanaugh was confirmed by the Senate in a 50-48 vote, and will be the 114th justice of the Supreme Court 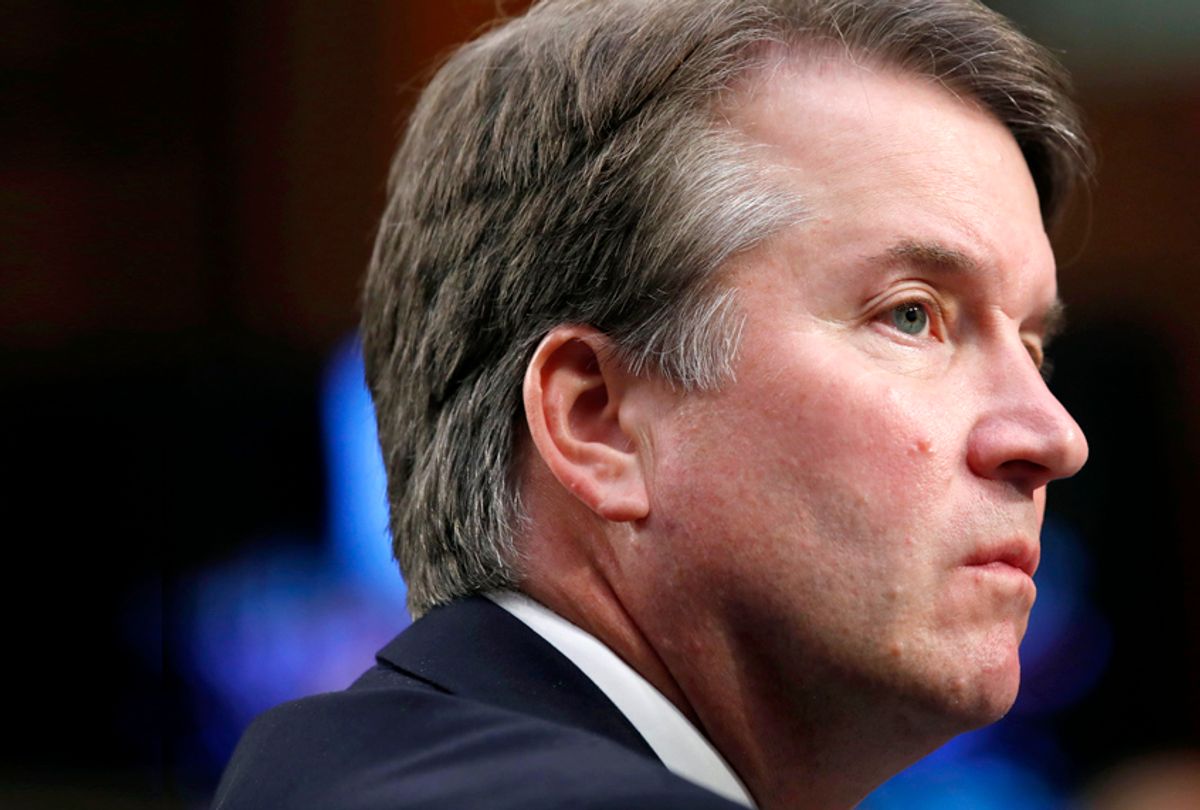 Judge Brett Kavanaugh was confirmed by the Senate on Saturday as the 114th justice of the Supreme Court, putting an end to a controversial nomination process that lasted nearly three months. And while partisan outrage and protests over his confirmation are bound to continue, the Trump administration is dead-set on swearing in Kavanaugh as quickly as possible.

The Supreme Court issued a press release after the confirmation vote, explaining that Kavanaugh would be sworn in privately mere hours after his Senate confirmation.

The moment was a triumph for President Donald Trump, who succeeded in placing his second justice on the Supreme Court and fulfilled his vow to secure the high court's conservative majority for 30 or more years.

The final tally was 50-48 in favor of confirmation, and broke almost entirely along party lines. Sen. Lisa Murkowski of Alaska, voting "present" instead of "no" in a paired vote with an absent Republican colleague, Sen. Steve Daines of Montana, was the only Republican not to vote in favor of Kavanaugh. Sen. Joe Manchin of West Virginia broke with his fellow Democrats to vote aye. All 46 other Democrats, plus the two Democratic-aligned independents, voted no.

The vote was interrupted by protesters several times, with one yelling, "I do not consent."

The confirmation fight is also perceived a win for Senate Republicans that could boost Republican enthusiasm in states that will decide the Senate this November.

The vote comes a day after Kavanaugh prevailed in a dramatic 51-49 procedural vote to limit debate on his nomination — the next-to-last step in the Supreme Court nomination process.

Kavanaugh's confirmation battle was rocked by allegations of sexual misconduct raised against him by Dr. Christine Blasey Ford, a university professor who accused the judge of attempted rape in the 1980s. Last week, Ford testified to the Senate Judiciary Committee that she was "100 percent" certain that Kavanaugh had assaulted her. Ford alleged that a drunken Kavanaugh pinned her down at a party in suburban Maryland in 1982 and attempted to remove her clothes, covering her mouth when she tried to scream — a moment she said made it hard for her to breathe, as she thought he might accidentally kill her.

He has also denied an allegation by Deborah Ramirez, a classmate of his at Yale, as well as an accusation from a third woman, Julie Swetnick, who has signed an affidavit alleging she was the victim of a gang rape at a party where she says Kavanaugh was present.

Kavanaugh, currently a judge on the U.S. Circuit Court for the District of Columbia, has also faced mounting criticism from former classmates, who publicly accused him of lying under oath during last week's hearing and urged the Senate to reject his confirmation.

The confirmation battle did not improve the reputation of the Supreme Court. While justices say politics doesn't play a role in their work, the public heard a different story last week, when Kavanaugh told the Senate Judiciary Committee that he was the victim of "a calculated and orchestrated political hit, fueled with apparent pent-up anger about President Trump and the 2016 election, fear that has been unfairly stoked about my judicial record, revenge on behalf of the Clintons, and millions of dollars in money from outside left-wing opposition groups."

Kavanaugh on Thursday published an op-ed in The Wall Street Journal, seemingly in an attempt to assure readers that his fiery and defiant behavior during last week's hearing did not reflect his true temperament as an independent and impartial judge. He conceded he became "too emotional" and defended his behavior, which he blamed on the "deep distress at the unfairness of how this allegation has been handled," by pointing out that his high school and college years were coming under intense scrutiny while his family faced "vile and violent threats."

Without explicitly apologizing for his behavior, he wrote, "The Supreme Court must never be viewed as a partisan institution. The justices do not sit on opposite sides of an aisle. They do not caucus in separate rooms." He also promised he would be "even-keeled" going forward, and said, if confirmed to the nation's highest court, he "would always strive to be a team player."

Kavanaugh possesses the credentials typical of the modern Supreme Court justice. He is a graduate of both Yale College and Yale Law School, and went to high school at Georgetown Prep, an elite Jesuit school in suburban Washington that is also the alma mater of Trump's previous appointee, Justice Neil Gorsuch. Kavanaugh served as law clerk to Justice Anthony Kennedy of the Supreme Court, Judge Alex Kozinski of the Ninth Circuit Court of Appeals for and Judge Walter Stapleton of the Third Circuit.

Kavanaugh also worked in the White House served for more than five years under President George W. Bush, as assistant to the president and staff secretary from 2003 until 2006, and before that then as associate counsel and senior associate counsel.

Kavanaugh also worked for former independent counsel Kenneth Starr, who conducted the investigation that ultimately resulted in President Bill Clinton's impeachment in 1998. Kavanaugh also co-authored the controversial Starr report to Congress that led out grounds for impeachment against Clinton.

He was appointed to the D.C. Circuit Court in 2006, bringing with him a long conservative voting record.

A private swearing-in ceremony is uncommon for a Supreme Court Justice. Previously, in 1991, the Bush administration did the same for Justice Clarence Thomas, who was similarly dogged by allegations of sexual harassment. Fearful that further controversy would swirl around Thomas's candidacy, Thomas was sworn-in by Justice Rehnquist in a private ceremony only week after the Senate confirmed him. The length of time between Kavanaugh's confirmation and swearing-in — mere hours — is unprecedented, and speaks to the public fury over his nomination.

A date for a separate investiture ceremony has not yet been set. This special ceremony, where colleagues formally welcome the new justice's rise to the bench, is often held after new justices begin their tenure on the high court. It is a ritual, and not required. Presidents routinely attend these ceremonies.

The court has been shorthanded since Justice Anthony Kennedy announced he would step down from the bench after more than 30 years on the high court. Kennedy, who has written many of the court's decisions establishing laws to protect and expand LGBTQ rights, was considered a pivotal swing vote between four liberal justices and four conservatives. With Kavanaugh on the bench — and none of the other conservatives nearing likely retirement — Trump would appear to have secured the rightward lean of the high court for years to come.