Kavanaugh's freshman year roommate claims he lied under oath: "He did so baldly, without hesitation"

"His willingness to lie throws doubt on his denials about the larger questions of sexual assault," James Roche says 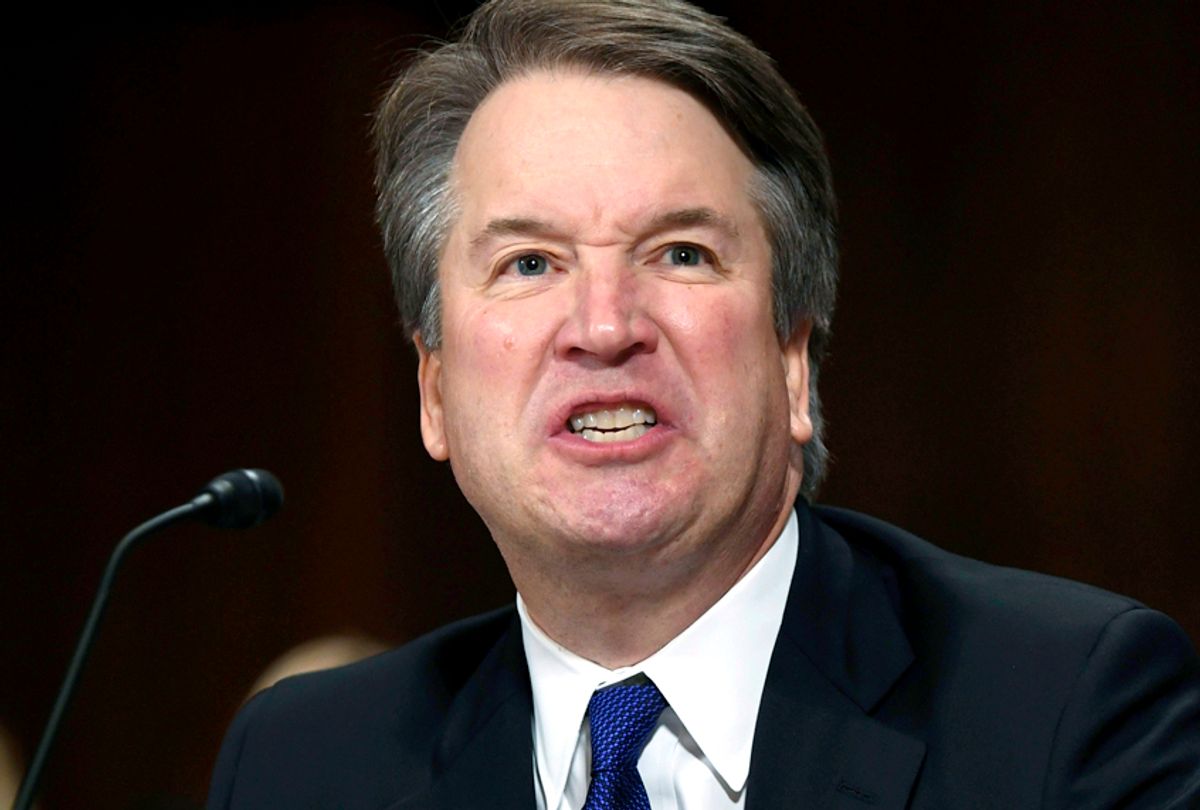 James Roche, one of Brett Kavanaugh's freshman year roommates at Yale University, joined several of his former classmates Wednesday who have publicly accused the Supreme Court hopeful of lying under oath during last week's Senate hearing.

"Brett Kavanaugh stood up under oath and lied about his drinking and about the meaning of words in his yearbook," Roche wrote in an op-ed for Slate. "He did so baldly, without hesitation or reservation."

"In his words and his behavior, Judge Kavanaugh has shown contempt for the truth, for the process, for the rule of law and for accountability," Roche added. "His willingness to lie to avoid embarrassment throws doubt on his denials about the larger questions of sexual assault."

The embattled judge faces allegations of sexual misconduct from three women, all of whom claimed he had been drinking at the time of the alleged incidents. Kavanaugh testified to the Senate Judiciary Committee last week that he "did not drink beer to the point of blacking out." He was appearing before the panel to respond to the sexual misconduct allegation raised against him by Dr. Christine Blasey Ford, a university professor who has accused him of attempted rape in the 1980s.

Kavanaugh has denied the accusation and rejected assertions that he often drank to excess or had memory lapses due to alcohol consumption. He has also denied an allegation by Deborah Ramirez, a classmate of his at Yale, as well as an accusation from a third women, Julie Swetnick, who has alleged she was the victim of a gang rape at which she claims Kavanaugh was present.

Roche says that he believes Ramirez, who has accused Kavanaugh of exposing himself to her at a college dorm party. During an appearance on CNN's "Anderson Cooper 360" on Wednesday night, Roche said "there is zero chance that she is making up this story." In his op-ed, Roche wrote that, while he does not know if Kavanaugh attacked Ford in high school or exposed himself to Ramirez in college, "I can say that he lied under oath."

He told CNN that he was "shocked" when he heard Kavanaugh say "boofing" meant flatulence and that "Devil's Triangle" was a drinking game, "because those words were commonly used and they were references to sexual activities . . . I heard them talking about it regularly."

In the Slate op-ed, Roche said he would be willing to speak to the investigators about his experiences with Kavanaugh and Ramirez. The FBI has been conducting a supplemental background investigation into the Supreme Court hopeful after Kavanaugh and Ford testified before the Judiciary Committee.

He also revealed that he was raised in a Republican family — his mother was a Republican state representative in Connecticut and "my father owns a MAGA hat."

"I was not a choirboy, but — unlike Brett — I'm not going on national television and testifying under oath that I was," he added.

"In Brett's cases, if he is innocent, he should be cleared," Roche continued. "If he is not, and he is being untruthful to the nation, that should disqualify him from sitting on the highest court in the land. This just seems fair."

Senators are currently huddled behind closed doors as they reviewed the findings of the FBI's investigation into Kavanaugh's background. According to NBC News, "more than 40 people with potential information into sexual misconduct allegations against Supreme Court nominee Brett Kavanaugh have not been contacted by the FBI."

Ramirez's attorney, John Clune, tweeted Tuesday that the FBI "is not conducting — or not being permitted to conduct — a serious investigation." He added, "We are not aware of the FBI affirmatively reaching out to any of those witnesses."