"Creed II": Not a knock-out, but lands its fundamental punches 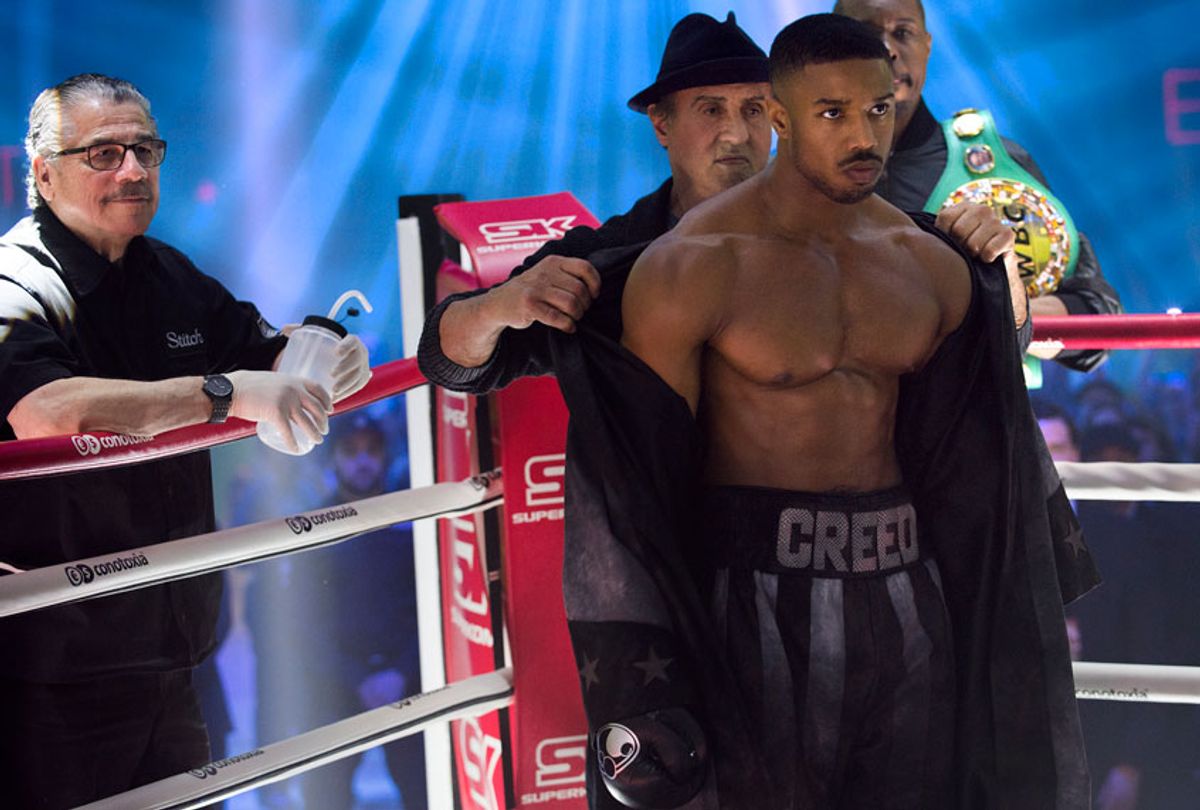 There was a great movie in "Creed II," one that peeked out every now and then beneath the suffocating blanket of clichés. Since most people who go to a "Rocky" film do so for well-acted melodrama that culminates in gripping and skillfully choreographed boxing scenes, I can recommend "Creed II" on that basic level. The problem is that there are moments when it could have been so much more, but the story was focused on the less interesting characters.

"Creed II" may be a direct sequel to Ryan Coogler's deservedly acclaimed "Creed" — the seventh film in the "Rocky" series — but spiritually it is a direct follow up to "Rocky IV." Adonis Creed (Michael B. Jordan) is the newly minted light heavyweight champion of the world and is expecting to become a husband to Bianca Porter (Tessa Thompson) and father to an unborn daughter. Yet all of these hopes and accomplishments are tainted for him because he has been challenged by Viktor Drago (Florian Munteanu), the son of the Russian boxer Ivan Drago (Dolph Lundgren). The elder Drago, as those who saw "Rocky IV" already know, is the reason why Creed never got to know his father — Apollo Creed was killed in the ring after being mercilessly pummeled to death by Drago during an exhibition match. This is the younger Creed's opportunity to vindicate the family name, and even though he is warned against it by his mentor Rocky Balboa (Sylvester Stallone), Bianca and his mother Mary Anne (Phylicia Rashad), he is determined to seize his chance.

While all of this could have been a set up to a compelling personal drama, "Creed II" makes the mistake of keeping things safe with the Creed storyline, and the film plays out exactly as anyone who is familiar with the sports movie genre would expect. (And yes, there's an epic training montage.) Because Jordan, Thompson and Stallone are excellent actors, they make this material more compelling than it really has the right to be. The best "Rocky" films are the ones that subvert expectations, whether by putting a twist on how these kinds of stories normally play out (such as Rocky losing in the first movie) or by going all-out with the campiness (which is why, in my opinion, "Rocky IV" was the best film in the series). Because director Steven Caple, Jr., screenwriters Juel Taylor and Stallone and story creators Sascha Penn and Cheo Hodari Coker create such a by-the-numbers plot and tone for their characters, though, most of the film feels like it's biding its time until the fight scenes occur. While we do care about these characters, we already know their fates, and that drains their stories of tension.

The exception  is the story of the Dragos. As we learn both through expository dialogue and dramatic moments set in their home country, Ivan lost everything after Rocky beat him at the end of the fourth film: His career, his money, his self-respect. Even worse, his wife Ludmila (Brigitte Nielsen) walked out on him, forcing him to raise Viktor as a single parent and imbuing in his child a desperate need to prove that the Dragos aren't losers.

This is just as interesting as the Creed family drama, in addition to being less predictable. In "Rocky IV," Ivan Drago was a cartoon character, a caricature of what Americans believed Russians to be rather than a three-dimensional human being. Here he is a proud but wounded man who wills himself into not giving up by believing that if his son can just win this one fight, all that was taken from him will be restored. Lundgren's performance here is powerfully understated; instead of the stoical block of wood from "Rocky IV," here his quietness seems to mask terrible pain. There is a surprisingly moving moment when his son expresses hate for everyone who abandoned him and his dad — and rightly so — and the father can't bring himself to hate them too because, simply put, "I lost."

There is a tragedy in a man who can't see the difference between losing and being a loser, and while Lundgren isn't given as much time as he deserves to expound upon that, those moments we do see are hypnotizing. Prior to this film, Ivan Drago was the least complex of the "Rocky" antagonists; after "Creed II," he is the most layered and nuanced of the bunch, save only for Apollo Creed himself.

Munteanu is similarly excellent as Viktor, managing to project an awe-inspiring physical presence while still seeming vulnerable. He doesn't have many lines, but like Ivan, he doesn't need them. A son who has to live with the sins and failures of his father, and wishes to simultaneously rise above and redeem them, probably wouldn't have a very easy time explaining his thoughts and feelings. His fists do the talking instead. There is a bittersweet aspect to how the filmmakers wrap up the Dragos' storyline, but the bitterness definitely outweighs the part that is sweet.

Could the film have paid more attention to the Dragos without short-changing Rocky and the Creeds? It's hard to say: You don't want to skimp on those characters, and yet it isn't a good sign when the best dramatic moments occur in bursts from the secondary plot rather than from the main — the long stretches of Creed sinking into depression especially seem to drag on endlessly. "Creed II" could have had the courage to deviate a bit more from the "Rocky" formula and have faith that audiences would be smart enough to appreciate that. The cast is certainly talented enough to pull it off.

“Creed II” also suffers by comparison to its immediate predecessor. In Coogler's film, one saw Rocky confront his own mortality and Adonis Creed grapple with his complex feelings about the dad he never knew. Those were interesting arcs for the two characters and made the movie feel tonally different from the previous six. More importantly, it allowed the relationship between Adonis and Rocky to become the beating heart of the film itself, and consequently by far the most memorable thing about it. By contrast, the two characters here have a falling out which feels contrived from the get-go and at no point seems like a serious threat to their relationship.

As it is, "Creed II" is a movie that I can recommend to die-hard "Rocky" fans, sports movie fans and anyone who admires the work of the three main actors. Unlike the powerful first "Rocky" movie or the memorably cheesy fourth one, though, I can't really recommend it to anyone else.