Why have millennials stopped celebrating Thanksgiving?

Revisiting the racist history behind Thanksgiving 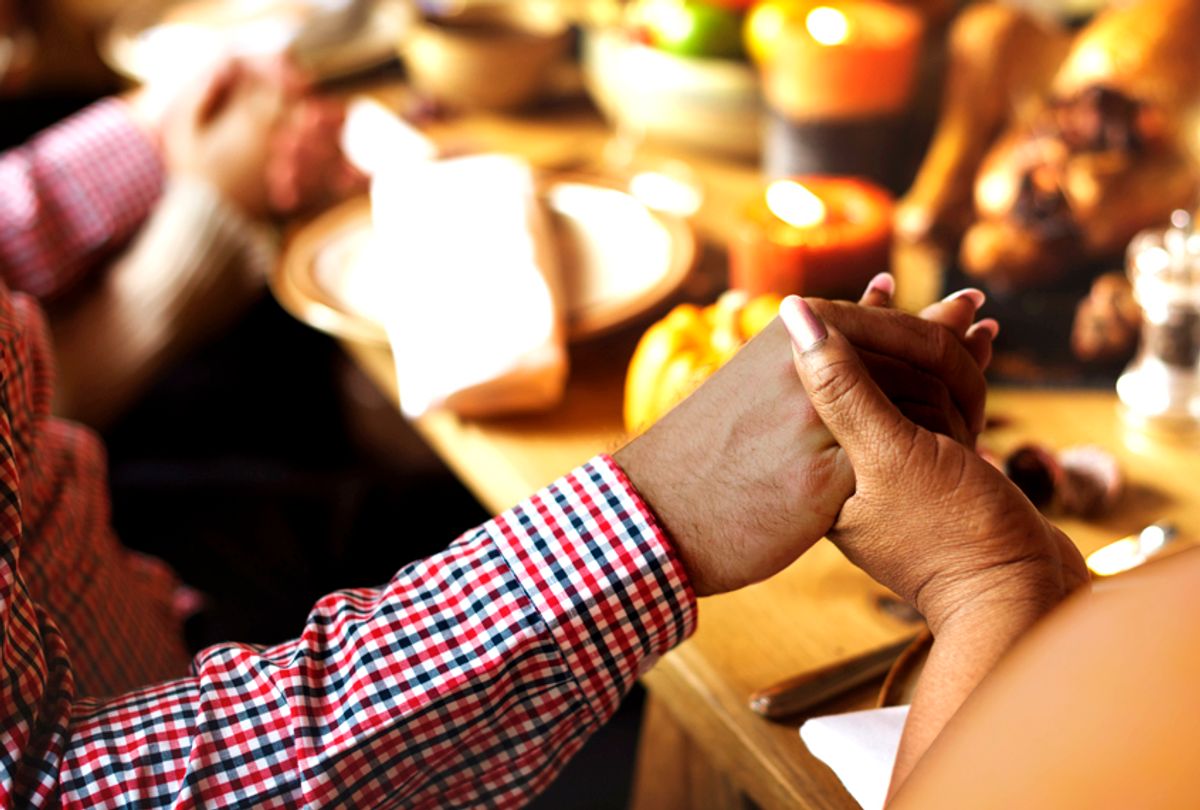 There is a moment in the 1993 comedy "Addams Family Values" that sums up the view a lot of millennial progressives have developed about Thanksgiving.

The character of Wednesday Addams (Christina Ricci) is forced to play an obsequious Pocahontas in a summer camp play about Thanksgiving and, instead of delivering the scripted lines, goes on a diatribe about the racist origins of the holiday. "You have taken the land which is rightfully ours," Ricci's Addams protests. "Years from now my people will be forced to live in mobile homes on reservations. Your people will wear cardigans, and drink highballs. We will sell our bracelets by the road sides, you will play golf, and enjoy hot hors d'oeuvres. My people will have pain and degradation. Your people will have stick shifts. The gods of my tribe have spoken. They have said, 'Do not trust the Pilgrims, especially Sarah Miller.'"

Aside from highlighting the ambivalence apparently felt by director Barry Sonnenfeld and writer Paul Rudnick about the underlying history behind the Thanksgiving holiday — despite attempting to pillory racism — this scene actually plays on a number of racist stereotypes itself (note the caricatured depiction of Native Americans in that monologue, the subsequent vow to "scalp you and burn your village to the ground" and other offensive depictions).

It's not hard to understand, then, why millennials may be growing weary about should our collective celebration of Thanksgiving. Let's look at it's history.

Although American Thanksgiving did not become a federal holiday until President Abraham Lincoln declared it as one in 1863, amidst the horrors of the Civil War, it is most commonly associated with the three-day feast held by the Pilgrims of Plymouth Colony (part of modern-day Massachusetts) in 1621 and attended by 90 members of the Wampanoag tribe and 53 Englanders. It's purpose was to celebrate a successful harvest season that had been made possible by the willingness of Wampanoag leader Massasoit and translator Squanto to assist the starving Pilgrims as they attempted to survive in the harsh and unfamiliar landscape. As a result, the festival, in theory, could serve as an object lesson in interracial harmony, a moment when two potentially hostile groups broke bread in order to celebrate working together and achieving an important goal.

That potential message is tainted, though, both because the Wampanoag tribes — like the vast majority of Native American tribes encountered by England, Spain, Portugal, France and the Netherlands as they made their way through what would become the United States — were eventually victimized by genocide. As a result, the idea that the First Thanksgiving is a moment to be treasured feels grotesquely inappropriate. Since I'm Jewish, the analogy that immediately comes to my mind would be if people celebrated the efforts by a Jewish doctor, Eduard Bloch, to save the mother of Adolf Hitler from breast cancer in 1907, and the close relationship that the two men developed afterward. While that is also a touching moment of Austrian-Jewish relations in isolation, it becomes toxic to the touch in light of subsequent events.

At the same time, this doesn't mean that the racist history of Thanksgiving doesn't have much to teach us.

For one thing, the idea of celebrating Thanksgiving exists in many cultures throughout the world and has been rooted in a number of different origin stories. This reflects the fact that societies, regardless of their histories, feel a need to periodically celebrate the things for which its members are most grateful — family, friends, the necessities of life like food. They can be rooted in a Harvest Festival mentality or as religious celebrations, in patriotic displays or as reflexive and secular observances. There seems to be a positive and nurturing aspect to Thanksgiving celebrations that brings out the best in people, and those should be continued even if it is necessary to dispense with the specific historical reason commonly attached to the holiday at this particular place and time.

More important, though, is the fact that we shouldn't forget for which we are grateful often come at an ugly price. The colonialist mentality brought by the English settlers on the American continent still exists throughout the world; it can be seen in American neo-imperialism in nations like Iraq last decade and in the more blatant imperialism of Russia today. Similarly, the racism that eventually helped English colonists destroy Native American tribes is still very much present in our political culture. When President Donald Trump can regularly demonize African Americans, Hispanics and other non-white people — and when that demonization influences his policies — it becomes clear that we aren't terribly far removed from the mindsets that we like to denounce from our antecedents 400 years ago.

Indeed, this is one way in which the First Thanksgiving from 1621 is particularly instructive. While that particular event was motivated by the best of intentions, the seeds of religious and racial intolerance that would eventually take millions of Native American lives — as well as the lives of other racial and religious minorities in the United States over time — were already present. By contrasting that initial thanksgiving with the ugliness that followed, we can be reminded of why it's important to be mindful of similarly ugly impulses which exist today. It is why people who warn about the demons being stirred up by Trump have good reason for doing so. History shows us that these prejudices are never far from our souls, and that we must not forget about them.

To answer the original question posed in this article, then: No, I don't think we should feel uncomfortable during Thanksgiving, but I do think we should be aware of the full magnitude of what we're celebrating. Because the American version of this holiday is inextricably linked with an event that ultimately culminated in genocide, it is irresponsible to be "out of sight, out of mind" about this subject. Instead let us rejoice in our family togetherness and good fortune this year, while also using it as a reminder that we must keep aflame the spark of goodness that shines during this holiday on occasions when the darkness likewise contained in its history is also powerful. It won't make right the evils of the past, but it can at least provide us with a path toward not repeating them in the future.