Salon talks to the "Billy Lynn" star about his roles in "The Favourite," "Mary Queen of Scots" and "Boy Erased" 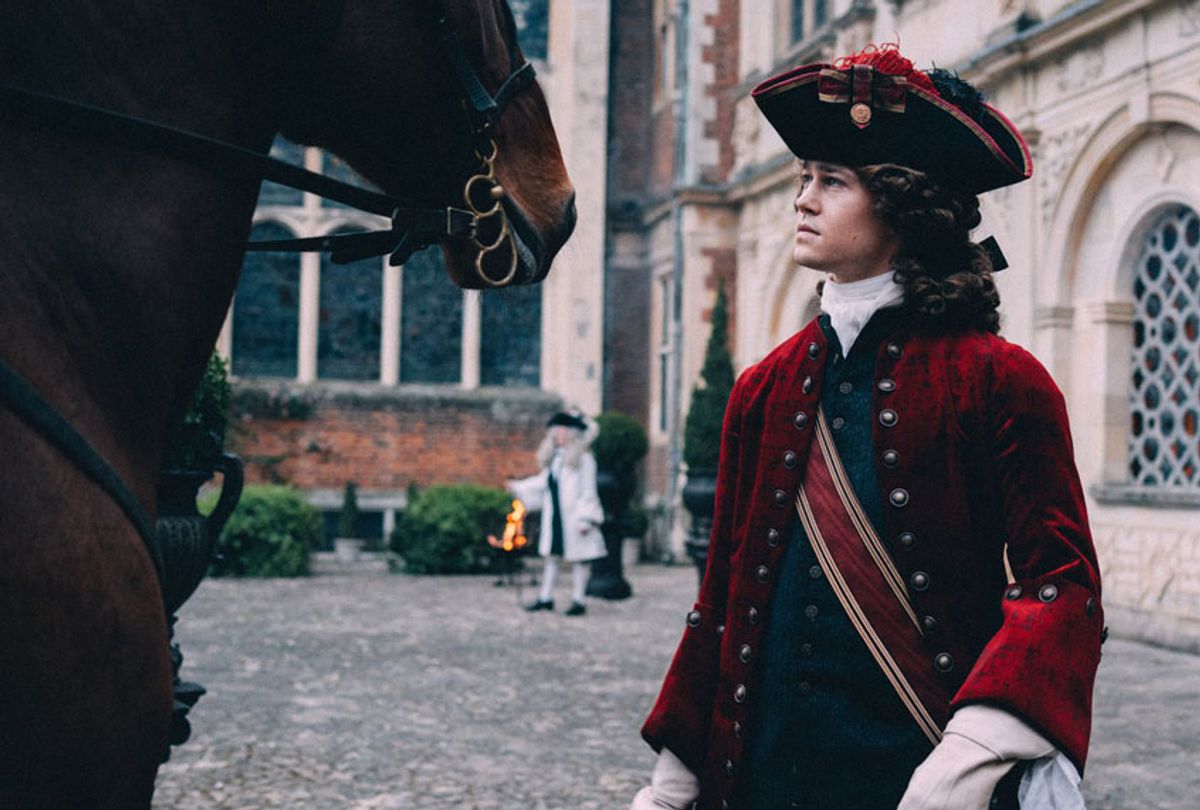 Actor Joe Alywn’s film debut was in the title role of “Billy Lynn’s Long Halftime Walk,” Ang Lee’s groundbreaking feature, which was screened in a 120 frames per second format. It was supposed to catapult the actor to leading man status. However, the film — which is great — fizzled at the box office. While Alwyn showed considerable promise as Billy Lynn, the young Brit since has been cast in supporting roles. Three of these films are now being released for Oscar consideration. (He also appeared in “Operation Finale” earlier this year).

In “Boy Erased,” which is currently in theaters, Alwyn plays Henry, a college student whose friendship with Jared (Lucas Hedges) gets rather intense.

In “The Favourite,” which opens in New York and Los Angeles this weekend (and wider in the coming weeks), Alwyn plays Masham, a handsome young man in Queen Anne’s (Olivia Coleman) court who is smitten with Abigail (Emma Stone). However, in this story of court intrigue and power plays, Abigail may be more than Masham can handle.

And in “Mary Queen of Scots,” which is out December 7, Alwyn is Robert Dudley, a young man who loves Queen Elizabeth (Margot Robie). However, she schemes for power by suggesting Dudley marry her rival Mary Stuart (Saoirse Ronan).

Alwyn distinguishes himself in each role as a young man whose passions sometimes get the best of him. He spoke with Salon about his three new films, being positioned as a sex symbol, and his dance moves — but not about his girlfriend, Taylor Swift.

How do you see your characters in “Boy Erased,” “The Favourite,” and “Mary Queen of Scots”? They are driven by romantic desires and passions.

They are all very different characters and with different agendas. Masham, in “The Favourite,” is not the brightest person; he’s a bit of an airhead who lusts after Abigail. He enjoys the chase of it, and she sees him as a way for her to climb ranks. There’s a power play between the two of them, which was fun in Yorgos Lanthimos’s larger than life take on it.

In “Boy Erased,” Henry’s interesting because he is obviously not a good person and does not do good things. The act he commits is horrific and in excusable and unforgivable. But if you zoom out of the character and if you look at the world he lives in, and why he acts the way he does, he’s full of self-loathing. He’s from a religion and culture that doesn’t let him be who he is — that’s where his violent act comes from. I don’t have empathy for him, but the film shows the dangers of why he is the way he is.

Dudley is interesting in “Mary” because in light of the other male characters, he sustains the idea of true romantic love because he acts on loyalty and his love for Elizabeth while the other men in the film act on rules of hierarchy.

Masham in “The Favourite” chases Abigail, and Henry in “Boy Erased” has designs on Jared. In contrast, Robert Dudley in “Mary” is an allegiant puppet to his scheming queen. What observations do you have about how your characters plot and plan or are pawns?

Mahsam sees this young shiny thing [Abigail] and chases her to get her. Henry has a guise of being All-American good guy, but it’s cracked. Masham and Henry are more plotting and more strategic. If what they plan doesn’t work, then, Plan B. Dudley doesn’t have an agenda like other men.

Do you scheme in your career?

I don’t. I just try to work with interesting, great filmmakers and try to build on that. I’m lucky to work with the directors I have so far.

What about romance? Do you scheme romantically?

You are desirable in different ways in all three of these films. What observations do you have about being turned into/positioned as a sex symbol?

[Laughs]. I have never really thought about it. I’ll take that as a compliment.

You have two very different sex scenes in “The Favourite” and “Boy Erased.” One is comic, the other dramatic. It’s best not to describe them. What can you disclose about those scenes, both of which must have had their difficulties?

In “The Favourite,” the scene was funny and we’re trying not to laugh while shooting it. A lot of people were trying to hold it together. “Boy Erased” was heavy. It’s choreographed well. Joel [Edgerton] made Lucas [Hedges] and I feel safe, and not uncomfortable.

“The Favourite” has an absurdist sense of humor, but your other recent roles seem to rely heavily on drama. Are you witty or serious?

[Laughs]. I like doing comedy, and darker things as well.

What can you say about wrestling with Emma Stone? She knees you in the balls, dude!

That scene was a lot of fun, it was physical, and absurd, and over the top. We had bruises and scratches at the end of day.

In contrast, your dance scene in “The Favourite” is hilarious…

Yorgos is pretty obsessed with dance. There’s a dance scene in every one of his films. When I read the script it said, “The characters dance.” None of us had any idea that that scene in the film would come out of it. We worked with an amazing choreographer. And they helped us shape these ridiculous modern moves. Those are my go-to moves now!

Both “The Favourite” and “Mary Queen of Scots” have you in 16th and 18th century costumes. I particularly admired the cape you sported in “Mary.” Do the clothes make the man?

Costume is a huge part of a film and helps get into character. The costumes and wigs help you be in the world you want to be in. Especially for something like “The Favourite.” Standing in heels, with a wig on your head and blush on your face — 50 percent of the work is done for you.

How do you think you would have fared in the 18th century? Do these periods appeal to you or do you crave your creature comforts?

I would enjoy it for only a couple of days.