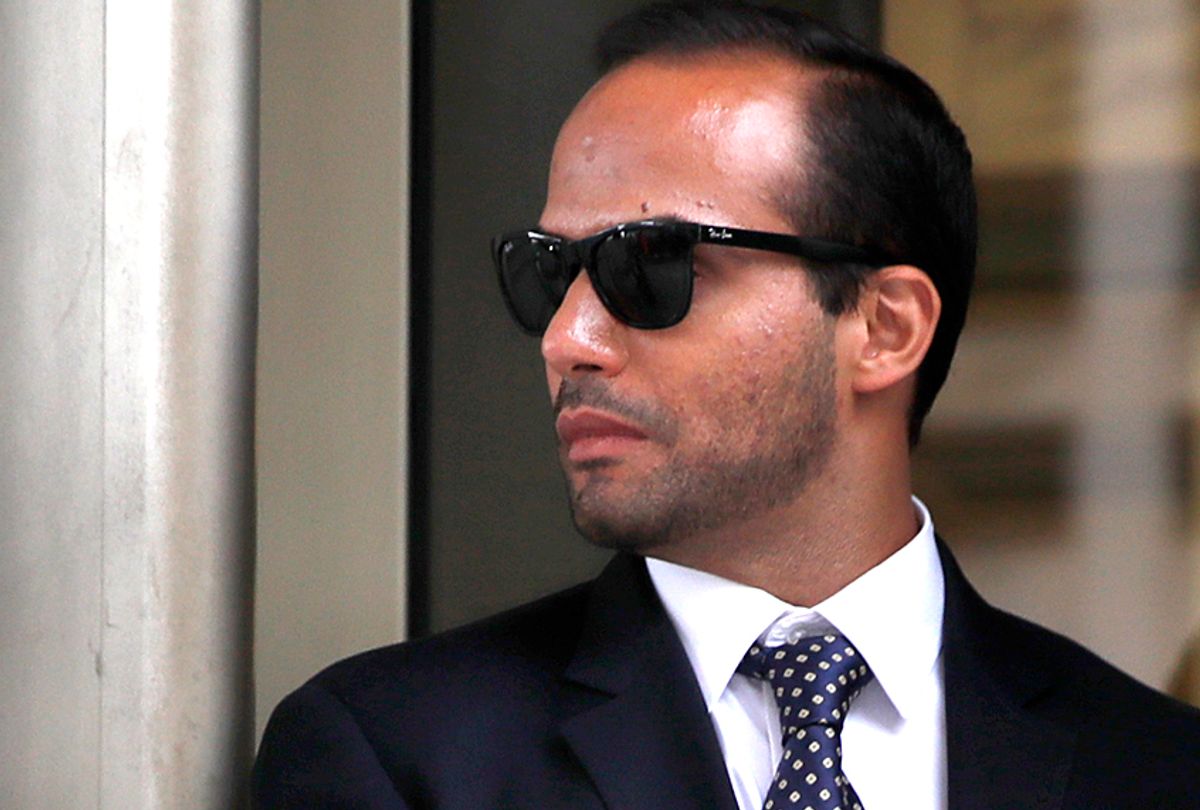 George Papadopoulos, the former Trump campaign foreign policy adviser who was found guilty of making false statements to the FBI, has been ordered to report to jail for a two-week sentence on Monday.

U.S. District Court Judge Randy Moss has ruled that Papadopoulos' legal argument did not present a sufficiently compelling case for delaying the judge's earlier ruling sentencing Moss to jail time back in September, according to Politico. In his 13-page opinion, Moss rejected Papadopoulos' argument that challenged the authority of special counsel Robert Mueller by harnessing a pending appeal in a similar case being made against Mueller by a grand jury witness.

According to Moss, Papadopoulos "has failed to demonstrate that the D.C. Circuit is likely to conclude that the appointment of the Special Counsel was unlawful — and, indeed, he has failed even to show that the appeal raises a ‘close question’ that ‘very well could be decided’ against the Special Counsel." Moss' decision also observed that two other district court judges in Washington, Chief Judge Beryl Howell and Judge Dabney Friedrich, had already rejected legal arguments that Mueller’s appointment was in some way unconstitutional. In addition, Moss rejected Papadopoulos' request for a stay of his sentence so that he could ask for relief from the D. C. Circuit Court of Appeals, with the judge arguing that Papadopoulos had submitted this request on Wednesday — one business day before he was supposed to turn himself in for his two-week sentence.

"If the ‘purpose of [Papadopoulos’s] motion [to continue bail] [is] frustrated,’ he has only his own delay to blame. Papadopoulos has not identified any extenuating circumstances — nor is the Court aware of any — that would overcome the presumption against granting such an eleventh-hour stay," Moss wrote.

Mueller's team of prosecutors characterized Papadopoulos' attempts to avoid his prison sentence as buyer's remorse, with the defendant having agreed to plead guilty but subsequently posting on social media that he regretted doing so.

"Following the defendant’s sentencing, he made a variety of public statements that appear to be inconsistent with his stated acceptance of responsibility at sentencing. The defendant received what he bargained for, and holding him to it is not a hardship," the prosecutors wrote.

A report by CNN elaborated on the sentence imposed on Papadopoulos.

Papadopoulos will be the third defendant in the Mueller probe to serve jail time. Previously, the Dutch lawyer Alex Van Der Zwaan stayed almost a month in a Pennsylvania federal prison for lying to investigators, while the Californian fake ID salesman Richard Pinedo is being held in a southern California prison until mid-May 2019.

Papadopoulos' full sentence includes the prison time, a $9,500 fine, a year of probation and 200 hours of community service.