As religiosity declines, a New Age presidential candidate could bring spirituality into the mainstream 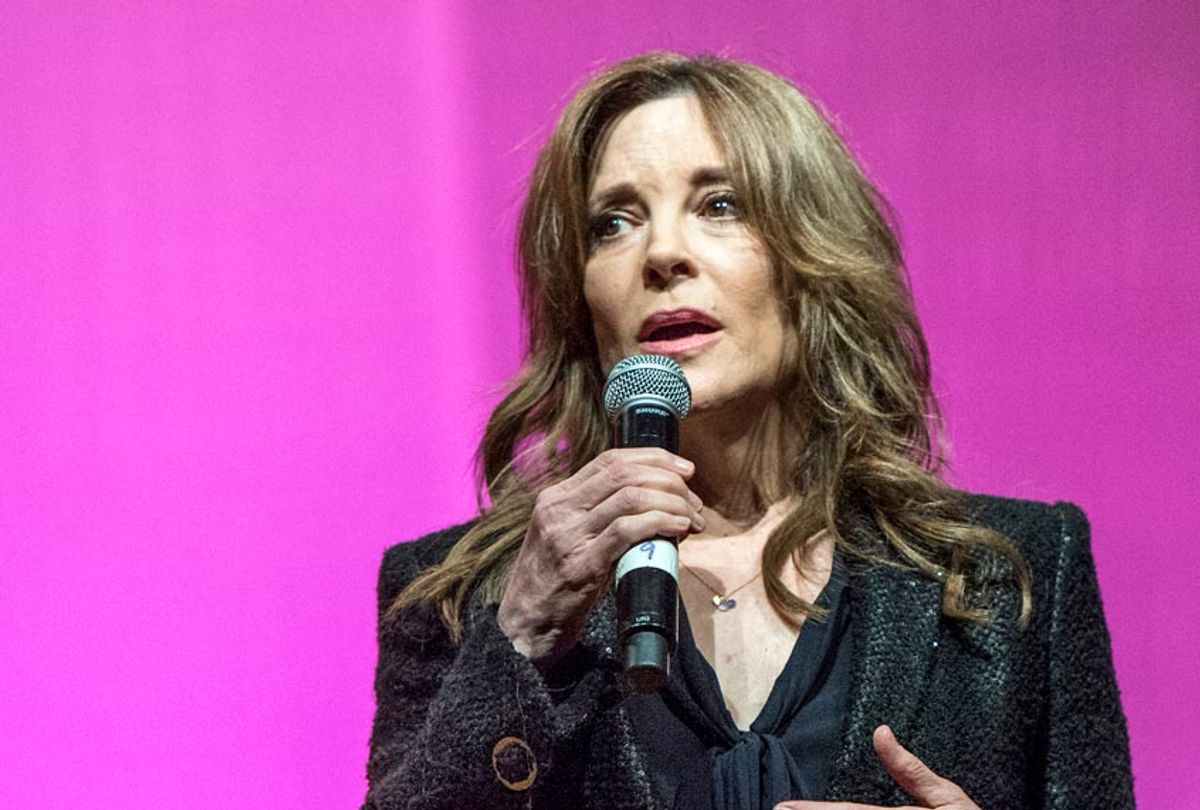 In a post-Enlightenment world, where STEM knowledge is culturally and politically dominant and abuse pervades our most prominent religious institutions, it’s no wonder that many Americans are becoming less religious. Despite studies saying religion is on the decline, some surveys have found more Americans consider themselves “spiritual but not religious.” Collectively, these trends, when mixed with the rise popularity in yoga, crystals and astrology, suggest a future where such beliefs are no longer exclusively held by New Age hippies. Now, spiritual teacher Marianne Williamson’s bid for the presidency suggests that New Agey–beliefs, once fringe, are now thoroughly normalized.

Last Friday, Williamson — an established author, spiritual leaders and lecturer — announced she had formed a committee to explore the possibility of seeking the Democratic nomination for president in 2020.

“We had a miracle in this country in 1776 and we need another one,” Williamson said in a video announcement. “It’s going to be a co-creative effort, an effort of love and a gift of love, to our country and hopefully to our world.”

Williamson, who is 66, is a famous self-help/spirituality author. Passages from her book, “A Return to Love: Reflections on the Principles of A Course in Miracles” are often quoted on social media, and recited by readers and spiritual seekers decades after its publication. “Our deepest fear is that we are powerful beyond measure,” Williamson wrote. “It is our light, not our darkness that most frightens us.”

For anyone who follows Williamson on social media, this announcement might not come as a surprise. Since President Donald Trump assumed office, she has been especially vocal in social justice issues, advocating spirituality, healing and growth as potential ways to diminish hatred, violence and fear.

Likewise, Williamson is not a political amateur. On 2014, she raised $2 million in a bid to succeed former Democratic Rep. Henry Waxman in California. She ran as an independent; Democratic Representative Ted Lieu prevailed. Williamson had a handful of celebrity endorsements; notably, Alanis Morissette composed a campaign song.

In an interview with Oprah about the effort, Williamson said “I kept waiting for people to tell me what to do and [I] tried to hire people who would tell me what to do.” “It taught me what I should have already known: to only listen to myself,” she added.

During the 2016 presidential election, Williamson penned an open letter to candidate Hillary Clinton urging her to stop “cozying up” to corporate Democrats.

“I want you to decry the military industrial complex — not assure them you’re their girl,” she wrote. “I want you to support reinstating Glass-Steagall — not just wink at Wall Street while sipping its champagne. In short, I want you to name the real problems so we can trust you’d provide some real solutions.”

Indeed, Williamson would be the first modern-day “spiritual but not religious” presidential candidate, connecting with many Americans who lack a sense of community that is often provided by religious institutions. New Age beliefs are often cast as the realm of young people, but Pew Research found that on average six in ten American adults accept at least one New Age belief. Research shows Democrats, or those who lean toward the Democratic Party, are more likely to hold to at least one New Age belief specifically. That suggests that Williamson is not as much of an anomaly as she might seem, but one of the first entries of New Age culture into politics. Whether that is a good or bad thing depends on your own feelings on the oft-wobbly connection between New Age culture and rationalism.