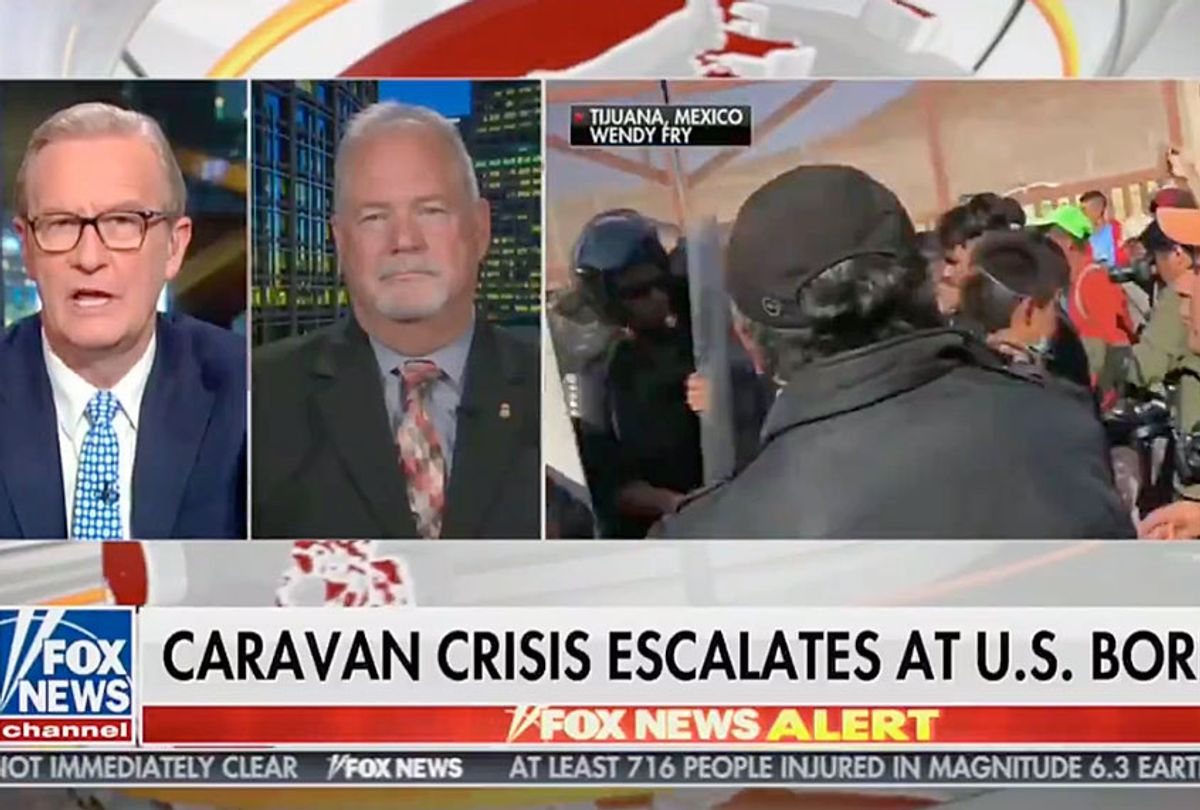 Ronald Colburn, the former national deputy chief of the U.S. Border Patrol and current president of The Border Patrol Foundation, appeared on "Fox & Friends" on Monday to defend the use of tear gas against migrants who fled across the border in an attempt to enter the United States.

"Well certainly, this particular group, the caravan, which has been well organized and supported from outside sources, has a core of violence to it that basically communicates a sense of entitlement," Colburn told "Fox & Friends" co-host Steve Doocy during his appearance. "These are persons that one would like to think are true refugees, but they're not showing that in their actions."

When Doocy asked whether the use of tear gas was warranted, Colburn not only insisted that it was, but downplayed the physical effects that it would have on the migrants.

"Absolutely. And to clarify, the type of deterrent being used is OC pepper spray," Colburn told Doocy. "It's literally water, pepper, with a small amount of alcohol for evaporation purposes. It's natural. You could actually put it on your nachos and eat it. So it's a good way of deterring people without long-term harm. "

There has been widespread outrage over the use of tear gas on the migrants as critics have pointed to the fact that many migrants are non-violent and some are children young enough to be wearing diapers, according to The Washington Post. Gavin Newsom, the Democratic governor-elect in California, tweeted that "these children are barefoot. In diapers. Choking on tear gas. Women and children who left their lives behind — seeking peace and asylum — were met with violence and fear. That’s not my America. We’re a land of refuge. Of hope. Of freedom. And we will not stand for this."