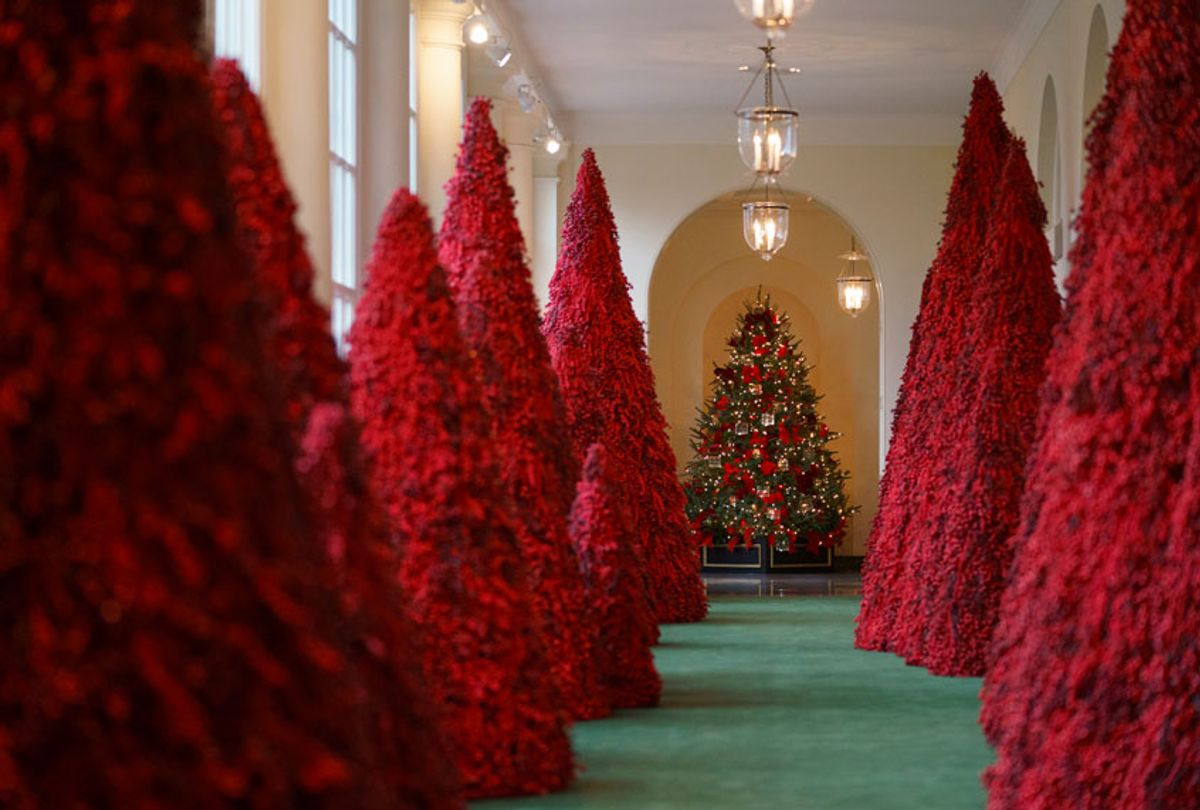 Melania Trump appears to be dreaming of a red Christmas.

The first lady on Monday unveiled on her social media accounts how the White House will be decorated this holiday season. In a video revealing this year's festive decorations, the first lady can be seen walking among decorations that include a tree decorated by Gold Star families, the official 2018 White House Christmas ornament and an ornament adorned with the slogan for her child-well being campaign, Be Best.

"This is a joyous time of year when we decorate the White House for the Christmas season," the first lady said in a statement. "Our theme honors the heart and spirit of the American people. Thank you to the many volunteers and staff who worked hard to decorate the halls of the People's House in Christmas cheer. On behalf of my family, we wish everyone a very Merry Christmas and a Happy New Year."

In the video showing off this year's decorations, the first lady can also be seen walking among red topiary trees that line the East colonnade — a decoration that seems to have drawn the most attention online. The blood-colored trees reminded many Twitters users of "The Handmaid's Tale," Hulu's dystopian drama about a fundamentalist regime that treats women as subjects of the state.

Others were reminded of a different but equally horrifying pop-culture reference: Stephen King's "The Shining."

Some, however, appeared to feel badly for the first lady.

Meanwhile, others attempted to put a positive spin on the holiday decorations.

While the first lady is perhaps best known for her commitment to stop bullying and her curious fashion choices, she is becoming well known for her unique Christmas decorations. Last year, she was slammed for lining the People's House with white, lifeless trees, which allegedly evoked a forthcoming seasonal episode of "Black Mirror," Netflix's dark, sci-fi anthology series, according to social media users.