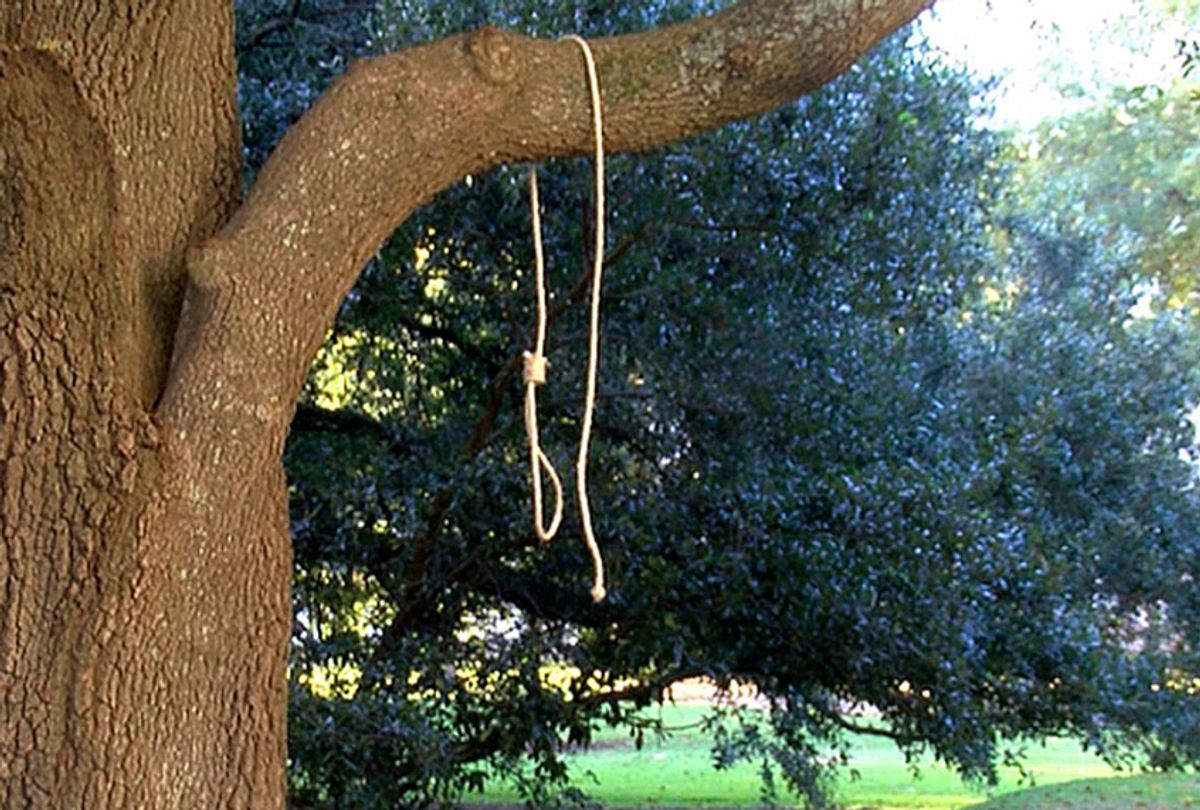 Nooses and hate signs were found at the Mississippi state capitol only one day before a special election for United States Senate is held between an African American man and a white woman with a troubling racial history.

Two nooses and a number of hate signs were found at the Mississippi State Capitol on Monday, according to local NBC affiliate WLBT. The news outlet reported that the nooses and signs were taken down and the case is being investigated. Capitol police refused to show the signs or surveillance videos to the media because they are in the middle of an active investigation.

While it is unclear if the hateful incident is connected to the ongoing Senate election between Republican Cindy Hyde-Smith and Democrat Mike Espy, it is undeniable that comments made by Hyde-Smith and revelations about her past have infused a racial element into the campaign. Earlier this month, Hyde-Smith said about a supporter that "if he invited me to a public hanging, I’d be on the front row." Although Hyde-Smith later apologized for her comment, she also claimed that "this comment was twisted and it was turned into a weapon to be used against me."

Hyde-Smith later got into trouble when a video was released of her telling a small crowd that "they remind me that there’s a lot of liberal folks in those other schools who maybe we don’t want to vote. Maybe we want to make it just a little more difficult. And I think that’s a great idea." Because a disproportionate number of voter disenfranchisement issues impact voters who belong to racial minority groups, her comment was interpreted as having a racial undertone.

It has also been revealed that as a teenager Hyde-Smith attended a so-called "segregation academy" so that she wouldn't have to go to an integrated school. These schools were created after the Supreme Court ordered southern states to integrate their schools immediately more than a decade after Brown v. Board of Education had outlawed public school segregation. The report which revealed this aspect for Hyde-Smith's past included a photograph of a young woman identified as her (then known simply as Cindy Hyde) wearing a cheerleading uniform while a mascot behind her was donned in what appeared to be a modified Confederate general outfit and held up a large American flag.