Democrats are reportedly working to stop Farr's nomination at all costs 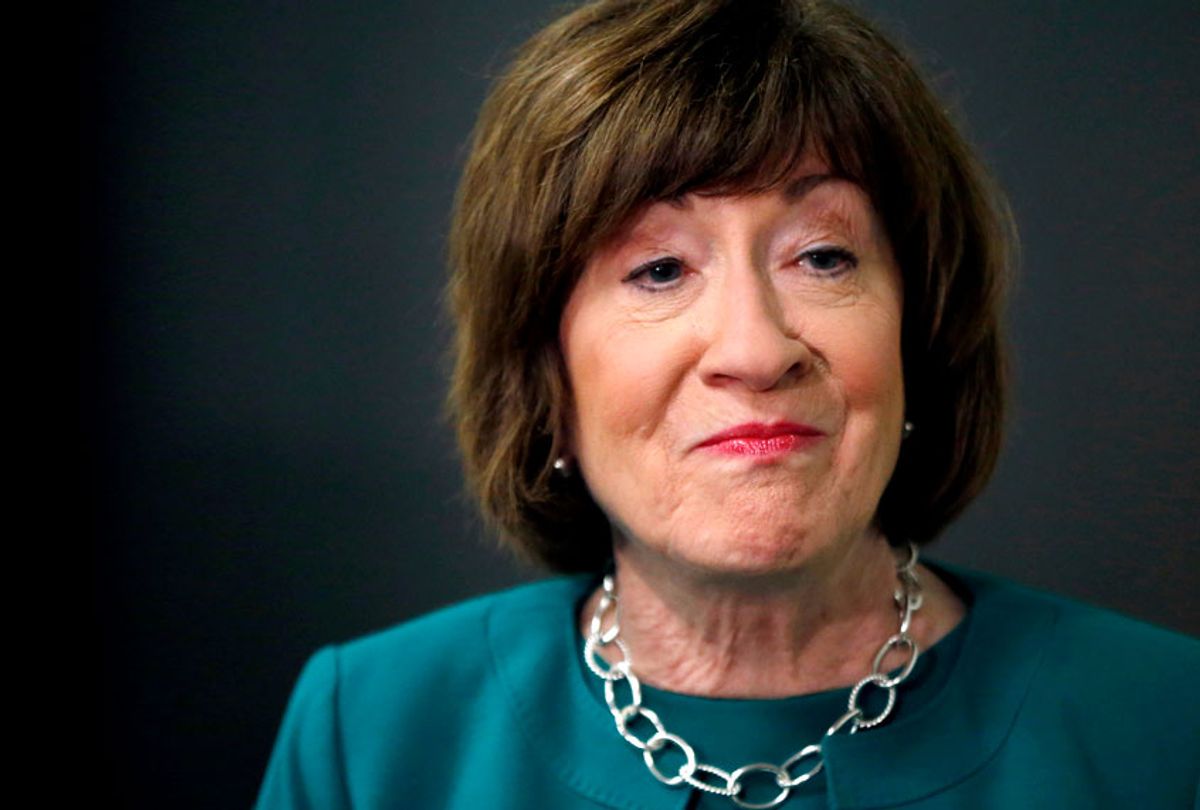 Senator Susan Collins (R-Me.) is reportedly set on voting “yes” on the judicial appointment of Thomas Farr, a nominee for U.S. District Judge for the Eastern District of North Carolina. Farr, President Donald Trump’s nominee, has a history of holding dangerous and discriminatory far-right conservative views — his notorious 1990 voter suppression scheme which targeted 100,000 black voters being but one example.

The report on Collins’ endorsement comes from NBC reporter Frank Thorp, whom she reportedly told that she would be endorsing Farr.

“Btw, in Thomas Farr nomination related news, @SenatorCollins tells @StevenTDennis and me that she will be supporting his nomination,” Thorp tweeted. “With @JeffFlake as a NO (while advocating for Mueller protection bill), and all 49 Ds a NO, it's still currently at 50-50.”

If this is the case, it is possible that Vice President Mike Pence would break the tie in Farr’s favor.

The National Association for the Advancement of Colored People (NAACP) strongly opposes Farr's nomination, and said that his confirmation would be “heresy.” The organization advised in a statement: “Thomas Farr poses a serious threat to civil rights, especially since he would preside over a jurisdiction with a large African-American population.  Even among dangerous Trump nominees, Farr stands out for his decades-long crusade to disenfranchise African Americans.  He learned how to intimidate Black voters from segregationist Senator Jesse Helms and helped turn North Carolina into ground zero for voter suppression.”

Farr is an attorney whose focus is on employment law. If confirmed, he would fill the country’s oldest federal judiciary vacancy. A vote is expected to take place this week.

It is not a surprise that Collins would vote “yes” on Farr. Collins was seen as a swing vote during the Brett Kavanaugh confirmation to the U.S. Supreme Court, and ultimately voted in his favor, breaking the tie.

“The facts presented do not mean that Professor Ford was not sexually assaulted that night — or at some other time — but they do lead me to conclude that the allegations fail to meet the “more likely than not” standard,” Collins said in her speech to declare her support. “Therefore, I do not believe that these charges can fairly prevent Judge Kavanaugh from serving on the Court."

Meanwhile, Democrats are vehemently opposing his nomination. Senate Minority Leader Charles Schumer (D-NY) said on Monday: "Considering Farr's record on voting rights, on the disenfranchisement of African-American voters in particular, his nomination to the Eastern District vacancy is not just a dash of salt in the wound, it's the whole shaker.”

“Thomas Farr’s record of hostility and disregard for fundamental civil rights disqualifies him for a lifetime appointment that will allow him to codify his discriminatory ideology into law,” read the statement, via  The Washington Post. “North Carolina’s Eastern District — where most of the state’s African Americans live — should be represented by a Bench that represents its diversity, not one that actively works to disenfranchise them.”